In October 1960, exactly 60 years ago, Gernot Brückner started the "Brückner-Trocknerbau owner Gernot Brückner, Tittmoning", named after him. Originally founded as a supplier for textile machines, the focus was quickly shifted to plastics. The market for the initially small company from Bavaria was already then the whole world. Since 1969, the company has been located in Siegsdorf as Brückner Maschinenbau and can now look back on an impressive company history: Brückner Maschinenbau is the world's leading supplier of machines and lines for the production of oriented plastic films.

The company's huge, more than 150m long lines guarantee international film manufacturers a highly efficient and reliable production of a wide range of film types, which are used as high-quality packaging material and in technical applications. At present a good 800 film production lines from Brückner Maschinenbau are in operation worldwide. Future topics of technological development include new film types for a circular economy or for electromobility, sustainability in film production and intelligent packaging.

In the highly competitive, very narrow market for film stretching lines, it is not least the technological lead that counts. For this reason, Brückner works on research and development projects in its Technology Centre in Siegsdorf, which was inaugurated in 1998, together with raw material manufacturers, film producers and processors on the basic development of film technologies. 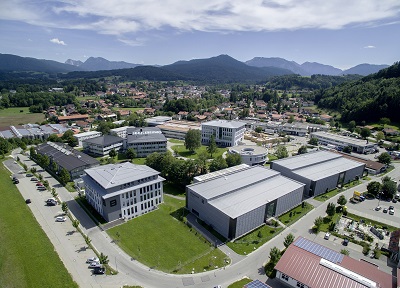 With the world’s first simultaneous stretching lines with linear motor drive, the first line with a production width of ten metres or with production speeds of over 600 m/min, Brückner Maschinenbau has repeatedly set new standards.

"Applied research has been carried out from the very beginning, laboratory and pilot lines have always been part of our DNA. Our motto 'Stretching the Limits', also stands for the continuous development of our technologies, but also for the untiring commitment and motivation of our employees", says Helmut Huber, Managing Director for Sales and Project Management at Brückner Maschinenbau.

Over the past 17 years, Brückner Maschinenbau has become a veritable group of companies with a good 2,600 employees at 23 locations in 14 countries and a turnover of around €700 million. Dr. Axel von Wiedersperg, Managing Director of Brückner Group GmbH, the strategic management holding company, says: "The Brückner Group combines the world market and technology leaders in the plastics and packaging industry to form an extremely powerful international group of companies. The nice thing is that our group is still solely family-owned, which has a decisive influence on the corporate culture. As a family business, Brückner is not interested in short-term turnover, but in long-term relationships with customers, partners and above all with our employees".

Brückner Maschinenbau GmbH & Co. KG, the world market leader for film stretching lines, belongs to the Brückner Group in Siegsdorf, Upper Bavaria. Other members of the group are the service provider for film stretching technology, Brückner Servtec GmbH, Kiefel GmbH in Freilassing, one of the leading manufacturers of machines for plastics processing, and the Swiss company PackSys Global AG, a world-renowned manufacturer of state-of-the-art packaging machines.