Industry collectivisation, large-scale factories, high-efficiency equipment, and prosperity of craft brewing – these are four common trends in the global beer industry, and are also the four main indicators of beer powers. Learning the industry evolution process in advanced countries will help to accurately predict the trend of China’s beer industry. The United States has done very well in the four aspects above, and China can learn from it, even as China has already surpassed the total beer output of the US.

In the second half of the 20th century, the American beer industry completed collectivisation and large-scale factories construction. In 1946, the output of several major companies such as AB, Miller, Coors, and Pabst Blue Ribbon amounted to 200,000 tons. These companies started mergers and acquisitions (M&A) among 800 small breweries across the US, which opened the prelude to collectivisation. M&A took place in eastern coastal areas, which were rich and densely populated; several small enterprises were either eliminated or merged. After the acquisition of small factories, the said groups began to select sites and build new factories throughout the country to optimise the layout of the industry. Some stronger subsidiaries also established their own subsidiaries, and the whole situation is intertwined. Large groups worked to form their own dominant areas to improve economic performance.

By 1986, the dominant areas of large groups tended to be clear. The top five groups accounted for 80% of the total output of 20 million tons, while the top ten, 93%. Collectivisation was basically completed. Small factories lost profit, closing down either as a result of inefficient operations or bad geographical locations. Large factories expanded their scales rapidly. The number was reduced to about 30, with an average production capacity of over 500,000 tons. At the time, China had 800 small factories with an output of several thousand tons, the largest made less than 100,000 tons.

With the deepening of collectivisation, the last few large-scale mergers were completed. In 1999, the fourth-largest group, the Pabst Blue Ribbon sold several factories including the main factory Milwaukee to AB, and withdrew from the industry. Then the top three groups, AB, Miller and Coors monopolised 97% of the total output of US. High degree collectivisation accomplished and factory pattern basically shaped.

In 2008, AB was acquired by InBev for USD 52 billion and became the US branch of AB InBev. Soon, Miller and Coors merged their North American business into MillerCoors. Since then, the United States has entered the era of monopoly by two giants, AB InBev and MillerCoors.

In the early 21st century, the number of large-scale factories dropped to 20, and this pattern had reached its extreme, with no major changes in the future. These 20 factories were strategically set up in major cities such as St. Louis, New York, Denver, Houston, Los Angeles, Jacksonville, Milwaukee, just 30km to 50km kilometers away from the urban areas. The factory in New York is located in the Boston-New York-Washington urban agglomeration; the Milwaukee factory in the Great Lakes urban agglomeration. Los Angeles has two factories, one located within a radius of 250km. These factories have a total annual output of 18 million tons (an average of 900,000 tons per factory), and an average of 500 employees. The largest is MillerCoors Group's Denver factory, has an annual output of 2.2 million tons and 1,200 employees. 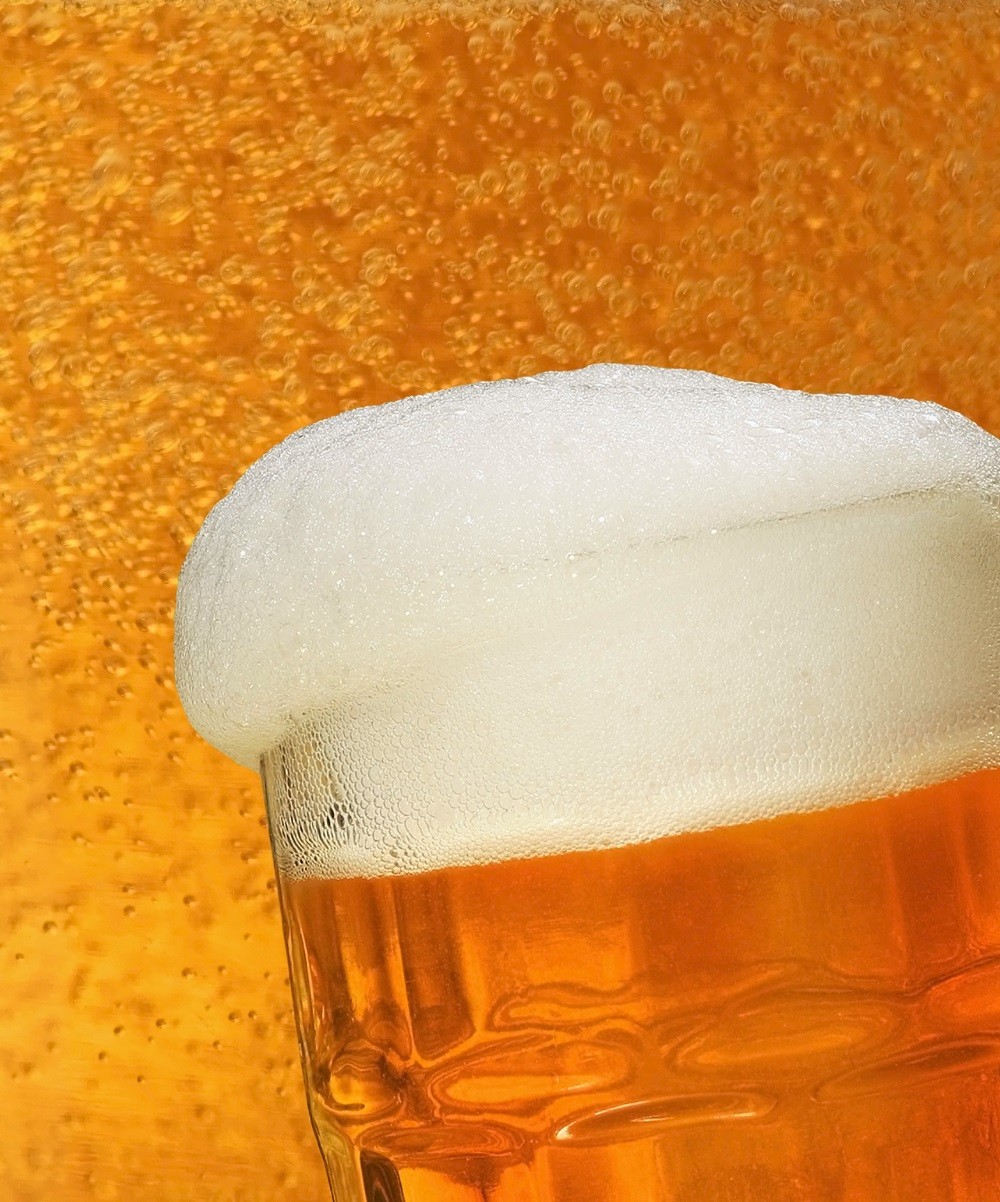 Large beer factories are typical heavy asset industries: high assets, high efficiency, and low labour. Their equipment configuration largely determines the number of employees, per capita profits, various consumptions, and floor space. US-based large-scale factories have their own advantages, but the configuration of the equipment is similar: large, high-speed, and highly automated. Excluding sales, per capita output can generally reach 2,000 tons, even 3,000 tons. The Miller Los Angeles plant for example, has an output of 700,000 tons and 460 employees. Capacity of the saccharification pot is 130 tons, and the fermentation tank from 500 to 1,000 tons. The packaging had three bottle packing lines, one barrel packing line and three canning lines. Among them there is a 120,000 cans/hour 330ml KHS canning line. The No. 2 factory of Tsingtao Brewery has the same size, 800 employees, but there is still a gap. Let alone Tsingtao Brewery represents the good level in China, some even need 2,000 to 3,000 people. There is also a big gap in per capita profits.

In the 1980s, the US government eased the industry threshold to increase employment and enrich the market. Many small and micro-breweries, especially beer bars were founded. Americans are innovators, trying out a variety of materials and processes to create new flavours. Some of them expanded continuously, reaching an output of 50,000 or even 100,000 tons. They exported their products in large amounts. Many breweries opened branches in traditional beer powers like Germany, Belgium, and Britain. Driven by these examples, American craft brewing developed rapidly, with current retail sales reaching nearly USD30 billion. The output of craft brewing has reached more than 2 million tons, accounting for 15% of the total US beer production. In recent years, the output of each large factories may have been reduced by over 100,000 tons.

Collectivisation in the United States has come to an end, but its global process is just taking place. M&As are taking place across the globe, with larger scales and higher prices. The following are some of the more well-known transcontinental M&As:

§  In 1999, Buhama acquired Antarctica and formed Ambev, the largest in South America and the fifth largest beer group in the world.

§  In 2004, Interbrew of Belgium and Ambev of Brazil merged to form InterbrewAmbev, the world's largest beer group, referred to as InBev.

§  In 2005, Coors of the United States merged with Molson of Canada to form Molson Coors.

Enterprise groups such as Harbin Beer, Shenzhen Kingway, Sichuan Blue Sword, Gansu Huang He, Jiangsu BBOSS and Xinjiang Wusu were acquired. In the process of collectivisation, small and medium-sized enterprises were eliminated. Others carried out renovation and expansion, with a large number of factories relocating from urban areas to suburban industrial parks. They accounted for over 200,000 tons of beer.

Founded in 1994 and headquartered in Beijing, China Resources Snow Breweries has a current turnover of nearly RMB30 billion. Its more than 90 factories produced an output of 12 million tons, accounting for 26% of China's beer market. Focusing on re-equipment, the brewery has installed several KHS 120,000 can/hour canning lines, each with a production capacity of 300,000 tons. Most of the glass bottle lines have been updated to GLM2 50,000 bottle/hour, each with a capacity of 150,000 tons. The company is dominant in Liaoning, Heilongjiang, Jilin, Sichuan, Jiangsu, Zhejiang.

Tsingtao Brewery headquartered in Qingdao, Shandong, was founded by the British and Germans in 1903. In 1993, it was established and listed in Hong Kong and Shanghai as Tsingtao Brewery Co., Ltd. Current turnover is over RMB26 billion yuan and the net profit is nearly RMB1.3 billion. Tsingtao has more than 70 factories with an output of 7 million tons. It leads in the Shandong, Shaanxi, Jiangsu, Shanghai, and many other regions.

AB InBev (China) in Shanghai, has accumulated much experience in the long-term development and has strict and standardised management. At present, the group's more than 40 factories have completed production of over 4 million tons. Heilongjiang, Hubei, Fujian, Zhejiang are its dominant regions.

Carlsberg (China) company with HQ in Guangzhou, has more than 20 factories producing over 2 million tons. In recent years, it has acquired Chongqing Brewery, Huanghe Brewery and Wusu Brewery. Yunnan, Chongqing, Xinjiang and Gansu are its dominant regions.

Zhujiang Brewery founded in 1985 in Gungzhou, started with a capacity of 50,000 tons. The current output is 1.2 million tons, with an operating income of RMB3.6 billion and profit RMB160 million. It has been a leading name in Guangdong province.

Kingstar Brewery is located in Zhengzhou, Henan, and it has 16 factories with production of 800,000 tons.

At present, China's per capita annual consumption of beer is 33 litres, slightly higher than global average and there is still room to increase. In comparison, the average annual beer consumption in Japan is about 40 litres because they are more fond of sake. Similarly, in France average annual consumption of beer is about 30 litres because they drink more wine. In other major Western countries, consumption stabled at 70 to 80 litres although the number declined slightly in recent years. In Brazil, a developing country, beer consumption has risen to 60 litres. Considering that in China liquor culture is deeply rooted in high consumption, and that rice wine also accounts for some proportion, beer consumption per capita might about be 40 litres according to the most conservative estimate.

In about 20 years, China's population will reach and stabilise at 1.5 billion. Correspondingly, beer production will stabilise at 60 million tons, about three times that of the United States. India, another country with a large population, has a low starting point. Although its development is relatively rapid, and current output has reached more than 2 million tons, due to the large base of the extremely poor, and the large proportion of people who do not drink alcohol due to religious reasons, growth potential is limited. In the foreseeable long period of time, China will be the largest country in beer production.

In about 20 years, according to the most optimistic estimate, craft brewing can account for 15% of total production, about 10 million tons. According to an estimate craft brewing can cover 150,000 households, and China will have 10,000 craft brewing companies. Each company has an average capacity of 1,000 tons, some large ones can reach tens of thousands of tons, small ones only a few hundred tons, or even one or two hundred tons.

The mainstream flavours from major Chinese groups are all German-style, which is also popular all over the world. Germany is the birthplace of modern beer, and is known as the beer kingdom. Many small factories there date back to hundreds of years and have capacities ranging from 1,000 to 10,000 tons. However, Germany has not been able to achieve a high degree of collectivisation and large-scale factories, and do not have large enterprise groups.

In comparison, several international groups like AB InBev originated in Belgium, Heineken from the Netherlands, and Carlsberg from in Denmark. Germany has not developed large groups, and under the impact of international giants, small factories have closed down in large numbers, from more than 3,000 in the late 1980s to more than 1,000 in the early 2000s.

Moreover, dozens of large-scale companies such as Beck's and Bitburger were acquired by international beer groups. Therefore, China should accelerate its collectivisation.

Twenty years later, the process of collectivisation in the Chinese industry will be over, and at the time 50 million tons of output would be produced by three large groups. Small and medium-sized production plants with unfavourable operations and disadvantaged locations will be closed in large numbers. The scale of the main factory will expand significantly. Within a certain range, only one large-scale factory can win. The cruelest stage of competition is coming. About 95% of China's population is concentrated in the central and eastern regions, and 20 giant factories can completely cover half of the country.

The device configuration should be forward-looking. Based on years of experience, saccharification equipment with capacity of 100 tons should be selected. If the equipment is too large, it will increase the difficulty of control such as filtering. The fermentation equipment with capacity of 600 tons should be selected. It is not conducive to temperature control if too large. The easy-to-carry cans are a development trend, and priority should be given to high-speed lines with capacity of 120,000. The glass bottle line should consider 60,000, or two or even three in parallel. A large number of laser-guided unmanned transport vehicles and automatic stereo libraries should be used. Put more solar photovoltaic panels on the roof.