First-ever plant-based patty made from microalgae

The alternative meat patty boasts up to two times more protein than beef or most commercially available fish. Each patty, which weighs around 60 grams, is loaded with 25 grams of proteins – comprising all 9 essential amino acids including histidine and leucine which are vital for producing proteins and tissue repair. For every 100g of the microalgae patty, up to one-third comprises of proteins. This is 10 percent higher than the total amount of protein content found in many types of cooked fish. 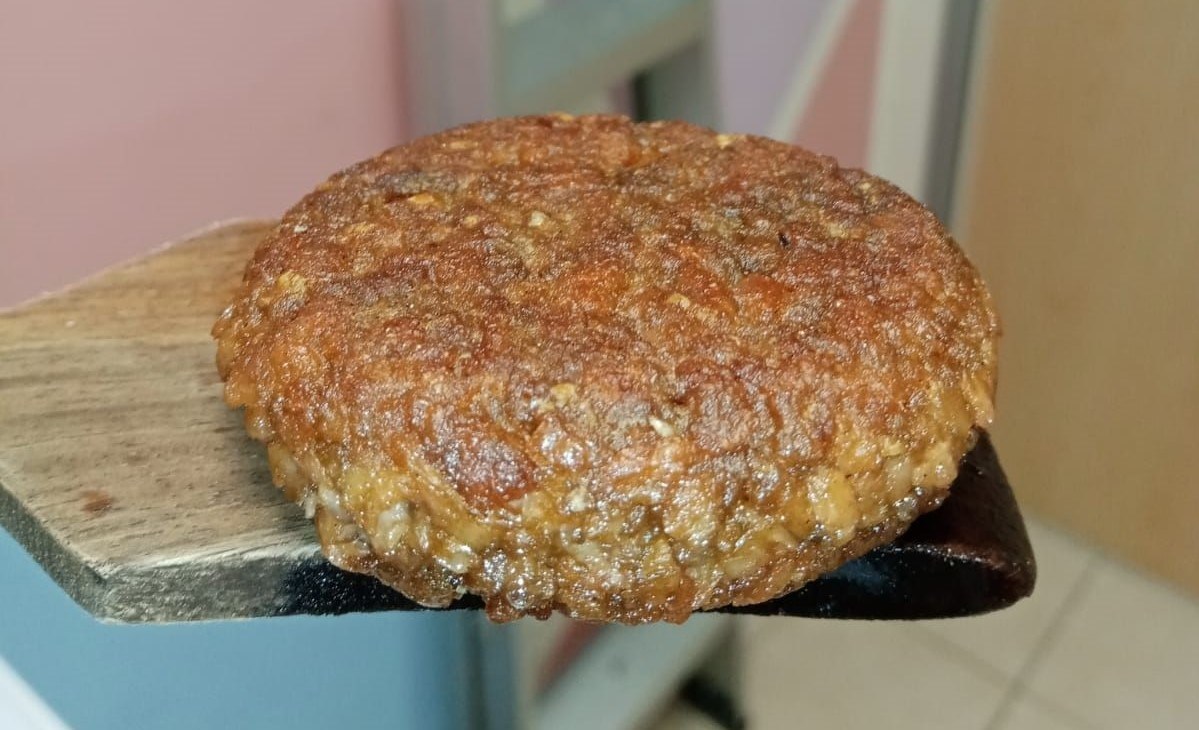 The microalgae strains used in the burger patty have been approved by the Singapore Food Agency and European Food Safety Authority.

"We have been working relentlessly towards strengthening global food security by unlocking the limitless possibilities of nature – with microalgae being a vital source of nutrients in the ocean. By developing this burger, we hope to showcase the versatility of the microalgae protein flour that goes beyond making plant-based seafood products. Microalgae-based products can match or exceed the nutritional value of meat. We will continue to synergize the power of nature and technology to broaden our range of plant-based products, while doing good for the environment," said Eugene Wang, Co-Founder & CEO of Sophie's Bionutrients.

The company's burger patty is a culmination of months of research and development in a local laboratory. Scaling up the protein source from single-cell microalgae, Sophie's Bionutrients produces an unadulterated protein-rich plant-based flour. To achieve a chewy meat-like consistency, the flour is extruded into textured protein crumbles. These crumbles are then formed and shaped into patties. Each production batch, which makes around 20 to 100, can be done within a week.

A bouquet of 10 spices, including paprika, nutmeg, cloves and bay leaf, is used to season the patty, imparting a rich umami flavour. Besides being high in proteins, the low-sodium burgers are also rich in Vitamin B, including B12, which is found naturally in meat and keeps the body's nerve system and blood cells healthy.

The burger can also be used and cooked in myriad ways. Using proprietary technology, the alternative meat can be minced or cubed. It can also be cooked by grilling, deep-frying or boiling.

Prioritizing food safety, Sophie's Bionutrients uses various strains of microalgae, including chlorella, which is ubiquitously found in health supplements. These microalgae strains have been approved by the Singapore Food Agency and European Food Safety Authority for being safe for consumption.

Besides burgers, other products in the pipeline by Sophie's Bionutrients include crab cakes and protein crackers.