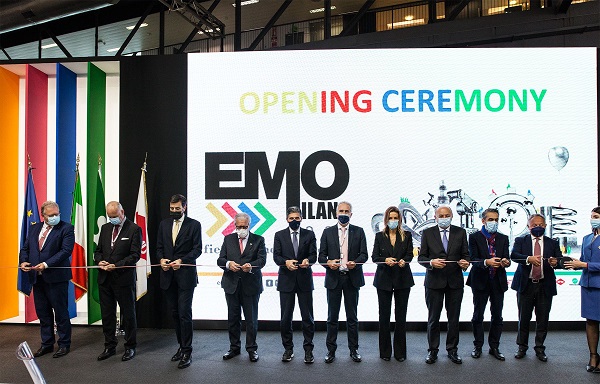 WITH EMO MILANO 2021, THE WORLD MANUFACTURING INDUSTRY OF

Promoted by CECIMO, the European Association of Machine Tool Industries, and organised by the operational structures of UCIMU-SISTEMI PER PRODURRE, the Italian machine tools, robots and automation systems Manufacturers' Association, EMO MILANO 2021 registered more than 60,000 visitors coming from 91 countries.

Luigi Galdabini, General Commissioner of EMO MILANO 2021, stated: "The exhibition data confirm the value of the event, considered as the appointment of reference for the worldwide manufacturing industry of machine tools, robots and automation systems".

"In such a complicated, historic moment, where the public health emergency is not yet completely over – continued Luigi Galdabini - EMO showed its importance, drawing all those operators to Milan, who could have the green light to move from their countries of origin. Moreover, the participation of the operators, coming not only from Europe, also proves the attractiveness of Italy, regarded as one of the most interesting and promising markets, as well as a leading manufacturing country in the sector".

Alfredo Mariotti, Director of the Exhibition, pointed out: "A very large number of exhibitors have expressed their full satisfaction with the results achieved over these six exhibition days. "Qualified and very motivated visitors", "A duly organised trade show in all its details and not least those related to safety”: these are the most common expressions of appreciation received both from habitual exhibitors of the world metalworking trade show and from companies who did not have particular, previous participation experiences".

"The work carried out by the EMOteam – concluded Director Alfredo Mariotti – has been appreciated by Italian and foreign operators, who also expressed their satisfaction on the social media, thus supporting the climate of trust that characterises the sector and regarded EMO MILANO 2021 as the event launching the post-pandemic era".

Despite the mobility restrictions still in force, EMO MILANO confirmed its international character even on this occasion. Foreign exhibitors accounted for 60% of the total, whereas foreign visitors made up 30% of the overall number.

An absolute attraction for the operators of the world manufacturing industry was the wide product offering on show, representing all the segments of the sector, expression of the production proposal of over 700 enterprises, exhibited within 6 halls completely set up for the event and covering 100,000 square meters of overall exhibition area.

Among the foreign visitors, there were also over 30 qualified foreign operators participating in the business missions organised by UCIMU-SISTEMI PER PRODURRE in cooperation with MAECI and ICE-Italian Trade Agency, as well as 30 members of an autonomous delegation from Turkey. The matching activity organised by UCIMU-SISTEMI PER PRODURRE has materialised into 1,200 meetings arranged at the stands of the Exhibitors that took part in the initiative.

Besides registering the users’ interest, EMO MILANO 2021 attracted the attention of the international press: about 400 accredited journalists, of whom 40% were from abroad.

Students also confirmed their interest for the event. Young visitors were 1,300, including students from Technical High Schools, Universities and ITS-Higher Technical Schools, who visited the exhibition accompanied by their teachers.  Among them, 450 were escorted on guided tours by tutors of UCIMU-SISTEMI PER PRODURRE.

Beside the technology offering, EMO MILANO 2021 featured numerous side initiatives, such as EMO Digital, the exhibition area focused on digital technologies; EMO Additive Manufacturing, dedicated to one of the most promising fields of the manufacturing production; EMO Start-Up, which offered an overlook of new enterprises working on the development of products and projects related to the world of production systems and metalworking.

A novelty of EMO MILANO 2021 was the Speakers Corner, the arena set up in Hall 5, which proposed over 80 speeches and in-depth analyses and discussions by exhibitors and organisers. In addition, 20 meetings were hosted within the EMO ADDITIVE area, arranged by AITA-ITALIAN ASSOCIATION OF ADDITIVE TECHNOLOGIES. Over 2,000 attendees registered for the meetings, in addition to about 3,000 remotely connected users (for an average of 500 users per day), who, over the six exhibition days, were able to follow the events held at the trade show thanks to the live streaming service.

The interest in the exhibition is highlighted also by the consultation statistics of the exhibition website. Over 800,000 views were recorded on emo-milano.com: from Italy, Germany and Switzerland, followed by the USA, France, Spain and Japan.

These figures are added to the 600,000 views registered on the Smart Catalog, the official catalogue of the exhibition, viewed mainly by mobile phones.

The next edition of EMO MILANO will take place in October 2027. 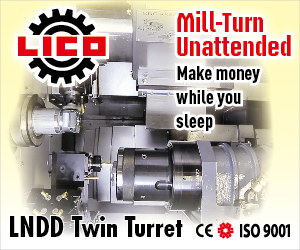