The market for battery electric vehicles market has grown substantially over the years, with projected annual growth of 16% from 2019 to 2025, according to a report by Global Market Insights. Supportive government policies and regulations pertaining to the increasing usage of alternative fuels to power automobile are expanding the market. Continuous focus of the government on reducing the dependence on conventional fuel automobile and improve issues related to environmental pollution will drive industry growth. Rising automotive production along with the availability of extensive public transportation across the region based on conventional fuels further contributes towards increasing pollution levels significantly.

Asia Pacific leads the battery electric vehicles market size owing to the increasing deployment of zero emission trucks and cars. Strong presence of battery manufacturers in the region coupled with supportive government subsidies and tax incentives are bolstering the industry growth. Increasing demand for environment friendly means of transportation over the region is resulting in gradual electrification of heavy-duty trucks. Growing emphasis for reducing the carbon footprint and increasing air quality are providing a positive outlook for battery electric vehicles.

As demand for such vehicle type increases, new breakthroughs in battery production are showing great promise for high-power electric vehicles and other transport applications. 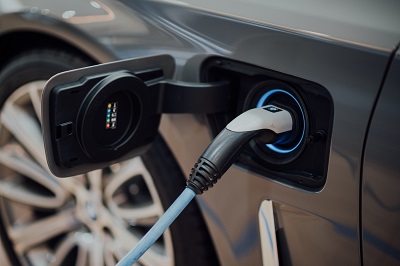 In the pursuit of a rechargeable battery that can power electric vehicles (EVs) for hundreds of miles on a single charge, scientists have strived to replace the graphite anodes currently used in EV batteries with lithium metal anodes. But while lithium metal extends an EV’s driving range by 30–50%, it also shortens the battery’s useful life due to lithium dendrites, tiny treelike defects that form on the lithium anode over the course of many charge and discharge cycles. What’s worse, dendrites short-circuit the cells in the battery if they make contact with the cathode.

For decades, researchers assumed that hard, solid electrolytes, such as those made from ceramics, would work best to prevent dendrites from working their way through the cell. But the problem with that approach, many found, is that it didn’t stop dendrites from forming or “nucleating” in the first place, like tiny cracks in a car windshield that eventually spread.

Now, researchers at the Department of Energy’s Lawrence Berkeley National Laboratory (Berkeley Lab), in collaboration with Carnegie Mellon University, have reported in the journal Nature Materials a new class of soft, solid electrolytes – made from both polymers and ceramics – that suppress dendrites in that early nucleation stage, before they can propagate and cause the battery to fail. The technology is an example of Berkeley Lab’s multidisciplinary collaborations across its user facilities to develop new ideas to assemble, characterise, and develop materials and devices for solid state batteries. 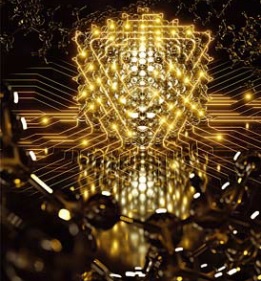 Solid-state energy storage technologies such as solid-state lithium metal batteries, which use a solid electrode and a solid electrolyte, can provide high energy density combined with excellent safety, but the technology must overcome diverse materials and processing challenges. “Our dendrite-suppressing technology has exciting implications for the battery industry,” said co-author Brett Helms, a staff scientist in Berkeley Lab’s Molecular Foundry. “With it, battery manufacturers can produce safer lithium metal batteries with both high energy density and a long cycle life.” He added that lithium metal batteries manufactured with the new electrolyte could also be used to power electric aircraft.

Key to the design of these new soft, solid-electrolytes was the use of soft polymers of intrinsic microporosity (PIMs), whose pores were filled with nanosized ceramic particles. Because the electrolyte remains a flexible, soft, solid material, battery manufacturers will be able to manufacture rolls of lithium foils with the electrolyte as a laminate between the anode and the battery separator. These lithium-electrode sub-assemblies (LESAs) are attractive drop-in replacements for the conventional graphite anode, allowing battery manufacturers to use their existing assembly lines.

To demonstrate the dendrite-suppressing features of the new PIM composite electrolyte, the Helms team used X-rays at Berkeley Lab’s Advanced Light Source to create 3D images of the interface between lithium metal and the electrolyte, and to visualise lithium plating and stripping for up to 16 hours at high current. Continuously smooth growth of lithium was observed when the new PIM composite electrolyte was present, while in its absence the interface showed telltale signs of the early stages of dendritic growth.

These and other data confirmed predictions from a new physical model for electrodeposition of lithium metal, which takes into account both chemical and mechanical characteristics of the solid electrolytes.

“In 2017, when the conventional wisdom was that you need a hard electrolyte, we proposed that a new dendrite suppression mechanism is possible with a soft solid electrolyte,” said co-author Venkat Viswanathan, an associate professor of mechanical engineering and faculty fellow at Scott Institute for Energy Innovation at Carnegie Mellon University who led the theoretical studies for the work. “It is amazing to find a material realisation of this approach with PIM composites.”

An awardee under the Advanced Research Projects Agency-Energy’s (ARPA-E) IONICS programme, 24M Technologies, has integrated these materials into larger format batteries for both EVs and electric vertical takeoff and landing aircraft, or eVTOL. “While there are unique power requirements for EVs and eVTOLs, the PIM composite solid electrolyte technology appears to be versatile and enabling at high power,” said Dr. Helms. 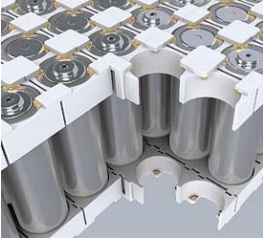 In addition to robust thermal management, battery pack integrity is reliant on adhesive material strength. The ability to withstand the stress of harsh environmental and operational conditions, as well as provide cost-down benefits through high-speed application and fast curing capabilities, are key considerations for adhesive selection. Fast assembly of all elements of the EV battery pack is vital to addressing steadily declining battery costs, which have dropped nearly tenfold over the last decade. Along with other power storage portfolio products, Henkel EV assembly adhesives are supporting customers’ cost efficiency requirements. The company had a recent success with battery cell carrier manufacturer Covestro, where Henkel’s Loctite AA 3963 cure-on-demand adhesive enables five-second cell fixturing for mass production economies of scale.

As the battery system represents approximately 50% of the EV cost, shielding the battery pack from contaminants helps protect its value. The ability to easily service and repair a battery lowers the lifetime cost of the EV, as Henkel demonstrated during the Battery Show. Products like Henkel’s Loctite ESB 5100, a unique safeguarding sealant innovation, offers unprecedented application flexibility. The gasketing material, for example, can secure the battery pack lid to the housing, while it can also be quickly removed and re-applied for battery repair access.