Chr. Hansen entered into an agreement to acquire all shares in Jennewein Biotechnologie, the innovation and market leader in this high-growth market. The Danish company plans to invest more than 200 million Euros until 2025 in new production assets so as to meet the increasing demand for HMOs. 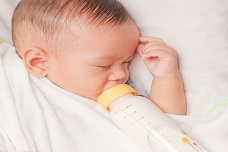 HMOs are complex carbohydrate structures found in human breast milk. HMOs are used today as functional food ingredients primarily in infant nutrition and medical nutrition. The functional health benefits of HMOs such as prebiotic effects, reducing infection risk as well as supporting cognitive development are also expected to be of high interest in further food markets. Jennewein Biotechnologie has been the first to commercially produce HMOs by fermentation and commercialize these functional carbohydrates in key markets. Jennewein Biotechnologie has build an unrivaled IP portfolio with more than 200 patents granted, a global customer base, a comprehensive product portfolio and strong product pipeline over the past 15 years.

"I am truly excited that we have reached an agreement to acquire Jennewein. The fast-growing HMO market is a new area that we have been following with strong interest for some years. In truth we are making a long-term investment and commitment to HMOs, which I am convinced will bring long-term value creation to our shareholders. HMOs also fit perfectly with our purpose to 'Grow a better world naturally,' as these are some of nature's most intricate nutritional components," says Mauricio Graber, CEO of Chr. Hansen.

UBS acted as financial adviser and Hogan Lovells as legal adviser to Jennewein Biotechnologie and Bioventure on this transaction.