The much-awaited sporting event, the Olympic Games, was a showcase of an amazing array of talents, stamina, performance and inventions. Over the years, the Olympic Games has grown in terms of participation and scope, and it has also evolved into a venue where businesses can present their latest innovations in the area of sports. Marred by the COVID-19 pandemic that has adversely affected regions around the world, the Tokyo Summer Olympics 2020 held from July 23 – August 8, 2021 took into account safety and health considerations.

The Olympics has long been known for attracting millions of spectators and a common occurrence in any sporting event is the massive amounts of plastic products consumed. Realising the importance of instilling environmental consciousness in an industry as popular and as well followed as the sport industry, the Olympic organisers embarked on a transit

ion to incorporate environment protection aspects into this international sporting event. The first take at making the Olympics more sustainable was in the London Olympics 2012 when it measured its carbon footprint and constructed a stadium that aimed for zero waste to landfill, and where around 60 percent of waste was reused, recycled or composted. The Rio Olympics 2016 followed with a target of 100 percent reduction in carbon emissions. Also, the Rio Olympics’ venue, the Macaraña Stadium, had 6,700 seats made from 50 percent recycled bottles; while compostable materials and recyclable PET bottles were also used during the competitions. 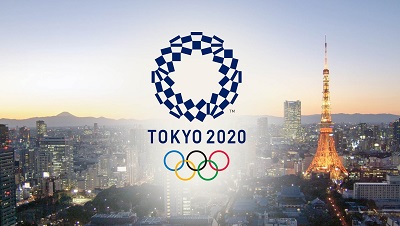 Commitment to protect the environment

But what makes the Tokyo Olympics stood out among the previous Olympic Games is its intensified commitment towards sustainability in spite of the challenges due to the COVID-19 pandemic. The Tokyo Olympics 2020 is symbolic as it reflected the strength and determination of athletes from around the world under the threat of the coronavirus. It also put into the limelight the resilience of the plastics industry as it continues to support the sport industry with its latest technologies and materials.

The Tokyo Olympic Games included 339 events across 33 sports, with competitions held in 41 different venues, including the Japan National Stadium, Tokyo Stadium and the Yokohama Stadium. Around 10,000 athletes competed in the various sports competitions.

A first in the Olympic history, the podiums where the medal awarding ceremonies were held are made of recycled plastic to convey a message that this international event is racing towards becoming a sustainable society. Around 24.5 tonnes of used plastics and plastic marine debris were collected and recycled through an initiative of Worldwide Olympic partner Procter & Gamble (P&G) and the Tokyo 2020 Organising Committee to produce the recyclable podiums. TOKOLO Asao, who also designed the Tokyo 2020 emblems, came up with the podium idea that signifies the “Unity in Diversity” message embedded in the emblem. Professor Tanaka Hiroya, an expert in digital fabrication from the Keio University in Tokyo, helped construct the podiums through highly advanced 3D printing technology. The 5,000 medals awarded to the winners are made of metal from recycled electronic devices from public donations.

Another popular venue was the Ariake Gymnastics Center, where the competitions in gymnastics, rhythmic gymnastics and trampoline were held. The centre featured several innovations from Dow including technologies for coatings and wiring that are applied to optimise building performance and protect the temporary Olympic venue, and for an additional 10-year period after when it will be used as a state-of-the-art convention and exhibition centre.  Dow’s PRIMAL™ Acrylic Polymer was applied to protect the gymnastics centre’s interior walls, providing long-term durability and excellent adhesion, while ELASTENE™ Elastomeric Wall Coatings help provide a solution for the exterior with excellent dirt pick up resistance and mechanical property balance. The water-based coatings system is formulated with DOWANOL™ Glycol Ethers to optimise formulation stability and performance, while meeting low-VOC requirements.

Mondo was chosen to supply athletics tracks at the Tokyo Olympics, aside from being the supplier of hurdles and batons for track events, bars and mats for jumping events, and cages for the throwing events. For the tracks, the Mondotrack WS was developed and touted as the most technologically advanced athletic track in the world produced via a two-phase vulcanisation process that incorporates special rubber granules. This increases the surface’s elasticity and helps the runners achieve top performance by reducing fatigue and allowing for better control over stride length and movements.

At the Olympic Village, the sustainability goal was also extended in the building and structures within the village. The athletes used beds with frames made of recycled cardboard and mattresses from polyethylene materials that are to be recycled into plastic products after the Olympic Games. The athletes were also transported by autonomous electric vehicles (AEVs) from Toyota, also a worldwide partner. Around 90 percent of the Toyota vehicles used during the Olympic Games are electrified in a bid to achieve the lowest emissions target ever for vehicles used at the Olympics.  A host of other steps towards greater sustainability were implemented in line with the “Plastic Game Plan for Sport”, which serves as a practical guide for the Olympic Movement developed by the International Olympic Committee in cooperation with the United Nation Environment Programme (UNEP).  The game plan covered such aspects as the elimination of single-use plastic packaging, reusing plastic items and proper recycling.

A parade of sportsmanship and creativity

Plastic plays centre stage in the sports industry and recent innovations by leading added to the attractions during the staging of the Olympic Games. From footwear to uniforms to sports equipment, plastic provides the necessary features for a winning performance in the sports arena. The parade of all the teams highlighted the interesting advances in sportswear. For the torch relay, the collaboration between the Japanese Olympic Association and Coca-Cola led to the creation of the jerseys from used plastic bottles worn by torchbearers during the relay. 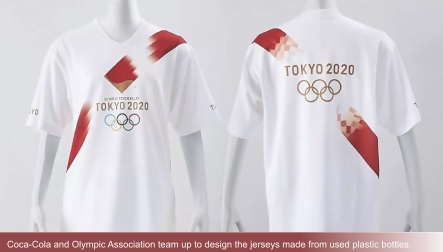 At the opening ceremony, the Japanese athletes wore uniforms from environmentally-friendly fibres and designed by Aoki. Sportswear brand, Asics, also created for the Japanese team a set of jerseys made out of recycled athletic wear donated by the general public. Chinese sportswear brand Anta presented the Team China’s podium uniform for the Tokyo Olympics. Known as the “Champion Dragon Clothes”, the uniform was designed by Tim Yip, also known as Ye Jintian, the famous art director, visual artist and Oscar winner for best art design. New materials such as special fibres and advanced technologies like 3D printing were utilised to design the uniforms and footwear by the team.

China as the hub for innovations in sports industry

Within the plastic industry, the materials segment has been serving the needs of the sports industry for high-performance polymers that meet the demand for stability, durability, lightweight construction and speed. Functional sportswear and top caliber sports shoes are made of materials developed by companies whose investment and R&D strategies covered the essential requirements of the sports industry.

As the sports sector continues to evolve in the next few years, the plastics industry is set to respond with a new game plan where key players explore improved materials and processes that will support the changing needs of this dynamic application. In Asia, China has been in the forefront of developments in terms of processing technologies and innovative materials as utilised in the sports industry. 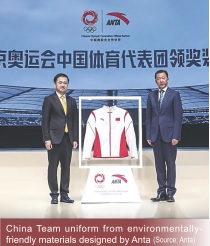 Over the years, CHINAPLAS editions provided an exciting platform for the plastic industry to showcase game-changing materials and technologies for the sports industry. From new materials and latest production processes used in sporting goods, sports equipment, footwear and apparel to building and structures for sports events, the innovations continue and will serve as one of the main attractions for this mega event.

At CHINAPLAS 2022, this significant role of the plastic industry in sports will be further highlighted as well as the trendsetting products in the world of sports. CHINAPLAS 2022 is scheduled from April 25-28, 2022 at the National Exhibition and Convention Center (NECC) in Shanghai, China. For more information, visit: www.chinaplasonline.com

- Compiled from the series of articles released by Adsale Publishing Limited for CHINAPLAS 2022.