The German Packaging Institute has announced this year’s winners of the German Packaging Awards, among which is the “3 Circles” beverage bottle from Krones AG and Dekron.  The bottle and all of the related technologies are already available as marketable products.

Each element designed with an eye to recycling

The individual elements and the entire lifecycle of the “3 Circles” bottle were designed to be sustainable. The bottle is made of 100% recycled PET that completely recycles after use. Instead of a label which normally cannot be recycled, the bottle is decorated with a digital direct print that uses inks that dissolve in the recycling process without leaving any residues – meaning that the bottle material can be used once again for food packaging in the subsequent lifecycles without loss. A tethered cap was selected as the closure. This cap remains firmly attached to the body of the bottle after opening and thus meets the requirements of EU directive 2019/904. 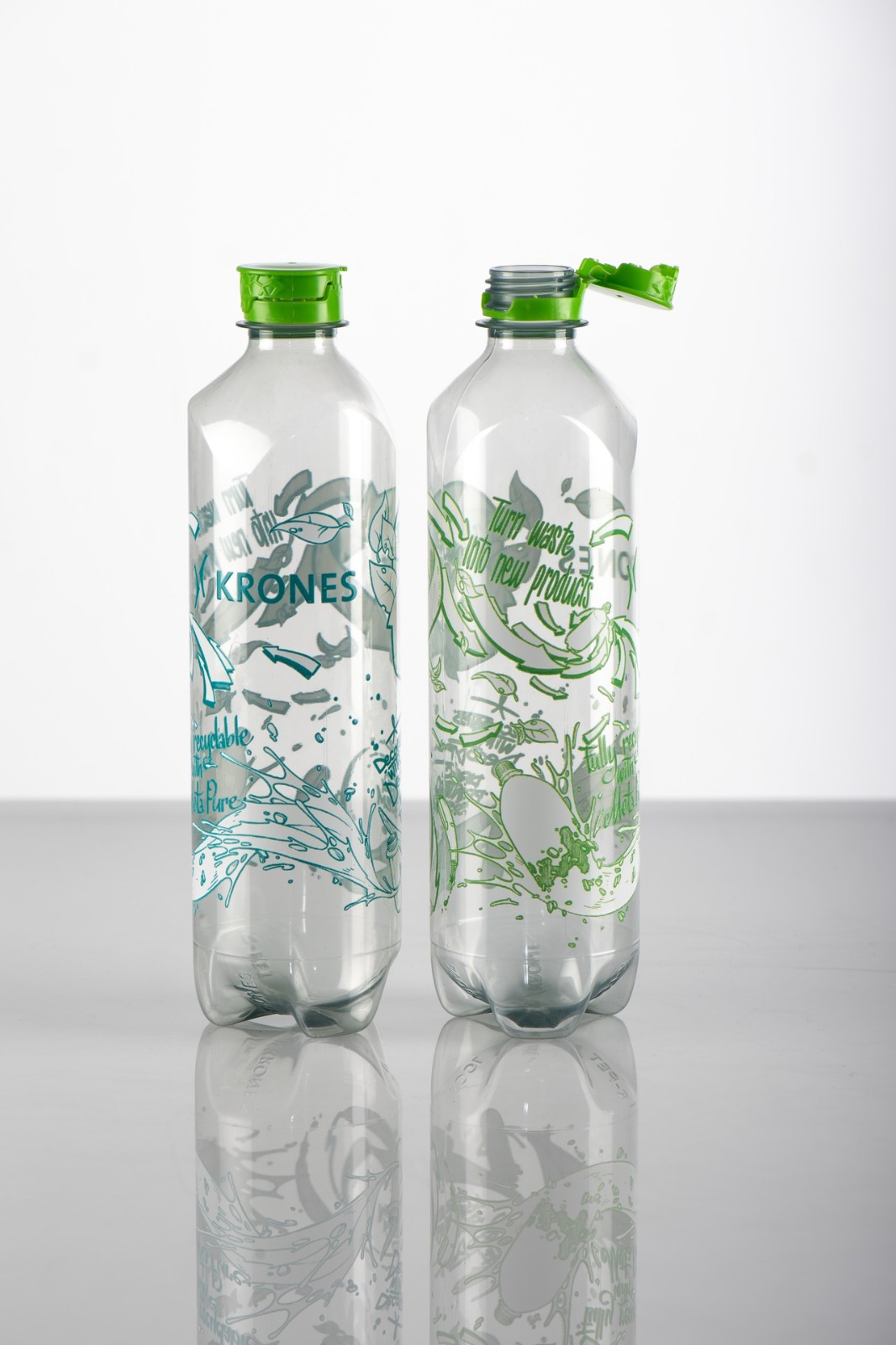 The sustainability theme is also reflected in the artwork displayed on the bottle print and – in a slightly more subtle manner – in the design of the bottle body. For the globally recognised recycling icon provided the inspiration for the idea of the tripodal base. The same rings true for the shoulder area which is the shape of three rounded-off triangular areas and which generates a connection between the bottle neck and body area which is very unusual for PET bottles, but which remains harmonious.

The technologies for the production, decoration and recycling of the bottle are already available at Krones and Dekron as standard products. The recycled starting material, the specially designed preform, and the container and its decoration with environmentally friendly ink are all self-produced. “3 Circles” is thus a marketable all-round concept for the sustainable packaging of beverages for commercial use in the beverage industry.

The German Packaging Prize that took place this year was announced on Aug 25. It is sponsored by the Federal Minister for Economic Affairs and Energy and is viewed as being Europe’s greatest showcase of performance in the field of packaging. According to the German Packaging Institute, the variety of submissions was the greatest ever and the quality of innovations was at a very high level. The competition is open to companies, individuals and institutions, both domestic and abroad. The submitted entries are assessed by an independent jury. The 22 members originate from the industrial, trade, branded product and research sectors.