The Asia-Pacific Economic Cooperation (APEC) Conference in 2022 hosted by Thailand revealed leading technologies that will impact industries in the years to come.

The following technologies may be applied to food & beverage production, and could inspire manufacturers as they prepare for the future.

Neuralink specifically has developed BCI and aims to allow the human brain to directly connect and communicate with computers soon. It allows operation and control of several different machines, and humans to do anything by thought process. BCI is used in paralysis patients, making it possible to force robotic arms or fingers to move as seen below: 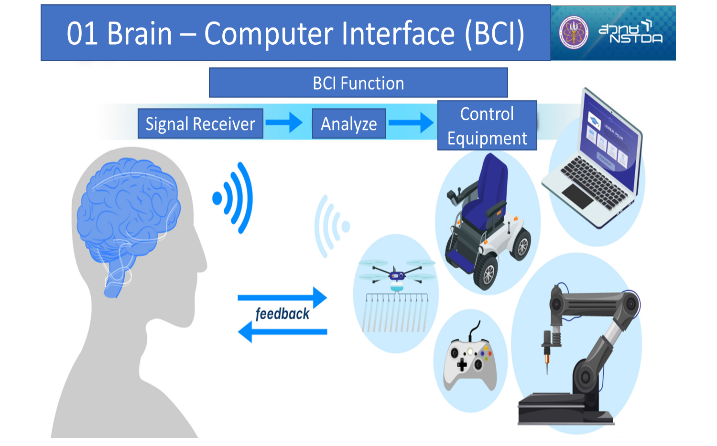 But how does this technology connect to food? A research on BCI and 3D printing published in Researchgate explains the connection. Titled "Making Food with the Mind: Integrating Brain-Computer Interface and 3D Food Fabrication", it cites food and digital interface literatures that show BCI being developed to enhance human experiences using food as the medium of digital computation, and adding new functionality and meanings to them.

Maynes-Aminzade's Edible User Interface (EUI), a multi-sensory design paradigm that utilises edible materials to create interfaces such as TasteScreen, an LCD screen that allows the user to taste different flavours by licking liquid residue released on the screen.

They also cited Narumi et al.'s AI system known as Meta Cookie which alters the perceived taste of food by overlaying visual and olfactory information onto a real food. Another example is a machine from Burneleit et al. called the Impatient Toaster. This is a food machine that can motivate the user to "eat more often and in regular intervals" by showing nervous and hungry movements if the user has not used it in a while.

A more familiar innovation, 3D food fabrication is the food-making technology where 3D printing uses food grade syringes to hold the edible printing material, then deposits it through a nozzle in layers to eventually create real food. The food can be tailored into the design, shape, colour, texture, flavour, and nutrition the consumer wants. Advancements in 3D food printers include pre-loaded recipes that can be remotely designed and printed by the user via a computer or mobile phone.

The researchers also touched on digital gastronomy, a concept from Zoran and Coelho, in which digital fabrication technologies can allow the precise design and manipulation of food. They mentioned Lee et al., whose digital gastronomy refers to using additive manufacturing technology such as a 3D printer to create custom tools for cooking. The evolution of 3D printing technology allows extrusion of edible material layer by layer.

How about merging two technologies: mind-control and 3D printing? Not far from reality at all. This technology translates brain signals from the user into 3D printed food by integrating an Electroencephalography (EEG) recording device, to monitor brain electrophysiological signals and access the user's emotional state to the 3D food fabrication machine, which will determine the food portion shape and size to be 3D printed. 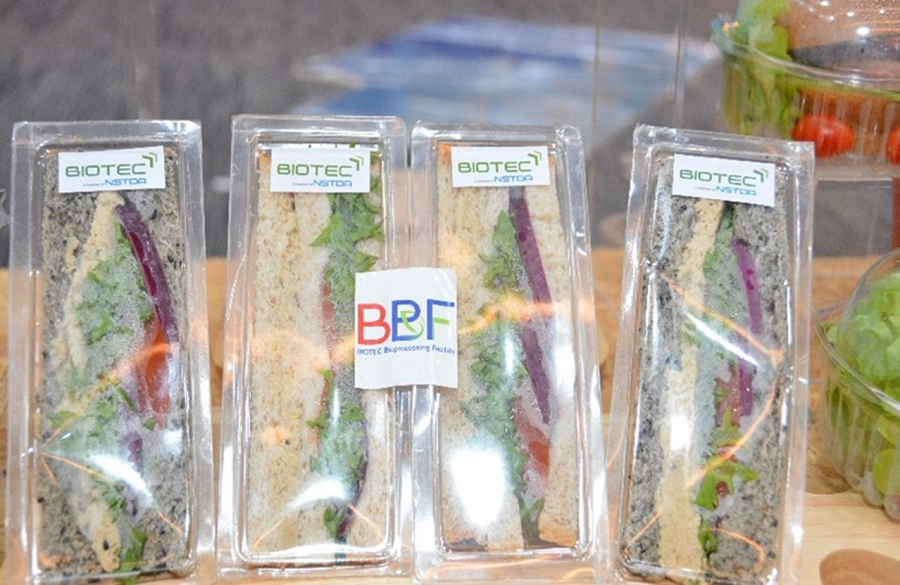 Mycoprotein is a form of single-cell protein, also known as fungal protein, derived from fungi.  They can be made into vegan ground meat and other non-meat products. (Photo: BIOTEC)

Synthetic Biology (SynBio) integrates science and engineering – bioengineering - to develop and produce microbes for high value substances for use in industrial systems.

Advances in bioengineering are growing in leaps and bounds. An example in the food industry alone is the rapid development of lab-grown alternative foods including meat, seafood, egg protein, and even milk. In the next five years, it is said that lab-grown food will be the alternative vegetarian foods.

Thailand's National Center for Genetic Engineering and Biotechnology (BIOTEC) under NSTDA owns a bio-resource with the highest number of microorganisms. It also has ready technology for further research in SynBio and provides the infrastructure to continue mass production in the prototype factory in accordance with the national agenda BCG economic policy.

Thailand-based BIOTEC is the first to produce Mycoprotein from edible microbes. The meaty textured product contains essential amino acids, fiber, vitamins and beta-glucan, and is low in fat, and free of cholesterol. Mycoproteins undergo fermentation and are free from chemicals and antibiotics. They can be made into vegan ground meat and other non-meat products.

Connected and Autonomous Vehicle (CAV) technologies are important in many industries, and they have a place in the food manufacturing sector of the future, and even today. Vehicles equipped with intelligent systems, autonomous driving and driver assistance technology will be useful in shipping, delivery and distribution. In food manufacturing, CAV will be beneficial in logistics and supply chain management.

NSTDA has dedicated its efforts to the advancement of STI and has worthwhile contribution to the resources invested in Thailand.