The future of food: Alternative proteins


QUORN Foods goes back to the 1980s, a time when alternative meats were not a staple for most consumers. But now as diets are changing, and alternative proteins heading mainstream, the pioneer in meat-free products continues to see its vision and mission come alive. From the UK, Quorn’s market expanded into Asia following its acquisition by Philippines-based food company, Monde Nissin Corporation in 2015. In this one-on-one, Monique Suryokusumo, Vice President, Marketing, Asia, Monde Nissin, explains the role of companies like Quorn in the future of food production. 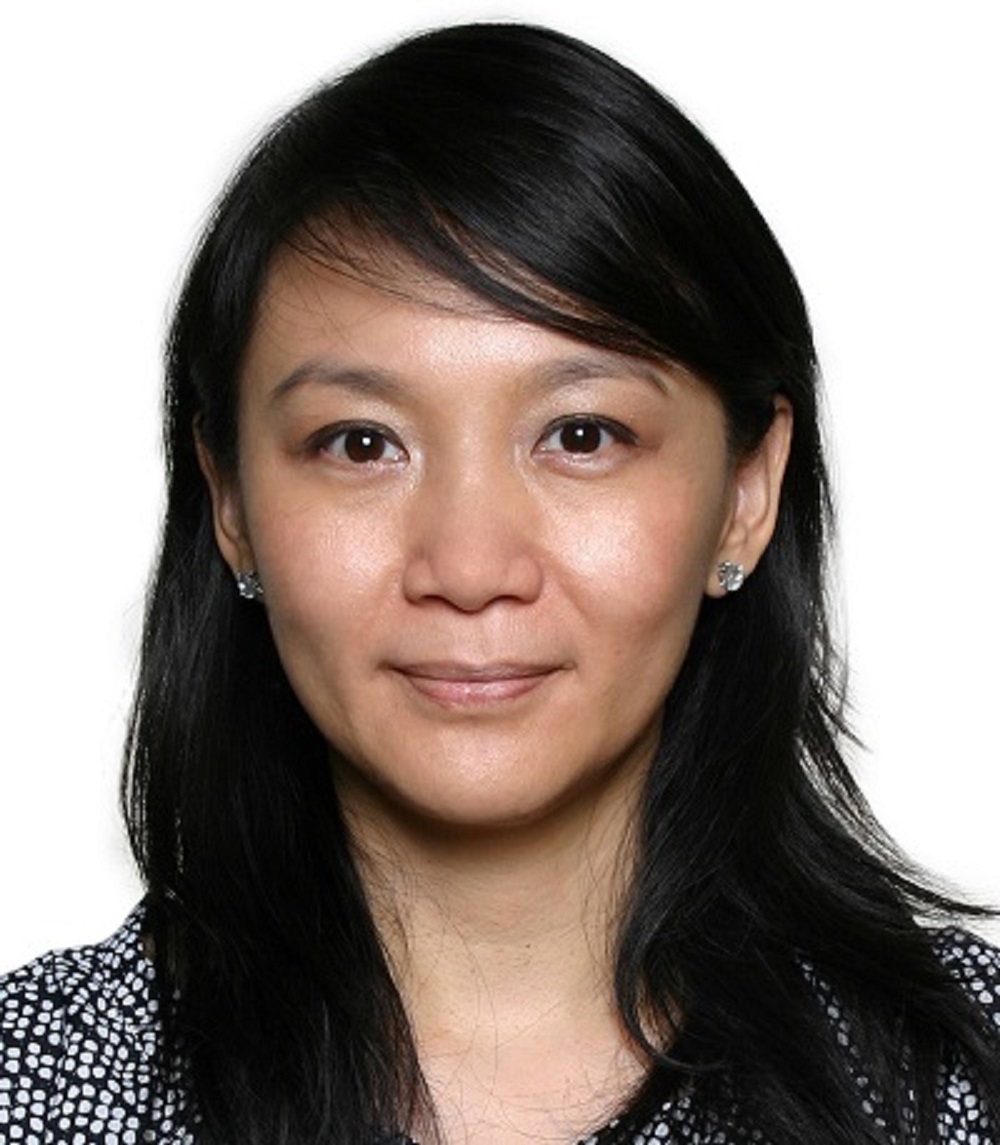 How will innovations in meat alternatives shape the food value chain of the future?

Human beings have an innate preference for meat as most have the notion that it is an important source of complete protein, filled with the essential amino acids, highly bioavailable iron and B vitamins, needed in their diet. Meat has important social as well as nutritional functions, and it is because of the critical importance of meat to the sustainability of the food system that so much attention is paid to future trends in meat consumption and the alternative protein space.

While novel foods might have taken the Western world by storm, Asia has a far longer history of consuming high-protein alternatives to meat like tofu and tempeh, which would suggest that people in this region may be predisposed to accepting new non-animal alternatives. While the meat-free trend continues to gain momentum, the pandemic has accelerated a change in eating habits for consumers here, leading them to take up healthier diets that include more alternative protein options.

Even before the pandemic, Singaporeans have been considering healthier options with two in five adopting a flexitarian diet. In fact, according to research by Facebook and Bain & Company, 73% of consumers in Southeast Asia said they were likely to be more health-conscious going forward in a post-COVID-19 world.

With environmental and welfare issues also gaining traction in Asia, and more people understanding the impact of a meat-heavy diet on health and our environment, there is a dire need to look at alternative proteins to keep up with the growing population. For the foreseeable future, the meat and alternative‑protein industries will coexist and have the opportunity to complement one another in efforts to reshape food systems to provide healthy and sustainable protein to all.

Would novel products shift from being “niche food” to “mainstream food” in the near future?

Meeting the protein needs of a projected population of 10 billion people by around 2050 in an inclusive, sustainable, and nutritious manner is a significant challenge, but achievable. To achieve the Sustainable Development Goals and the Paris Agreement climate‑change targets, transformation of the food value chain is essential, with experimentation in the novel food space playing a critical role.

Alternative protein products, such as Quorn, are already on sale, mainly in high and middle‑income countries. The next decade will see a potential tipping point, where there may be a move from being “niche food” to “mainstream food” in these countries. There are three key factors that could accelerate this shift:

Government support While there has been an increasing prevalence in alternative proteins, more investments and resources are needed. For instance, the Singapore government has also showcased continued support for this sector by taking a major step to commit S$144 million for investments in strategic sectors such as urban farming and alternative proteins. This has, in turn, enabled local consumers to have access to a wide variety of meat-free brands that are readily available.

Rise of the conscious consumer The past decade has seen an uptick of interest in meat-free movement, with people becoming increasingly aware of the nutritional and environmental impact of their food. This awareness has been reflected in the growing appetite for meat-free products like Quorn, with Barclays predicting that the global industry will be worth US$140 billion by 2029.

Producing locally relevant meat-free products Consumers form the first impression of any food during their very first taste of it. As such, it is key for manufacturers to create products that do not compromise on taste and cater to the local palate. Quorn, for example, has taken on a more localised approach by creating local favourites like the Quorn Dim Sum that are tasty and healthy, and have been important in driving consumer interest.

Why does the future of food require new partnerships and collaboration globally?

The global population boom back in the 1960s brought about a real concern over global food security, with protein scarcity being the biggest perceived potential problem. Despite mankind introducing industrial farming techniques which seem to curtail the progress of food/protein scarcity, it was deemed as a short-term solution - merely prolonging the inevitability of disequilibrium between the growing population and static food supplies.

The future of food requires new partnerships and collaborations globally because there is an urgent need for mankind to adopt alternative protein sources on a huge scale, and that would take dozens if not hundreds of companies like Quorn, to succeed and flourish in order to reduce our planet’s damaging reliance on animal proteins.

What steps can be taken to make this a reality?

There is no better way to achieve this than through collective learning, understanding and innovation. Quorn for example, has been in partnership, for more than two decades, with leading UK academic institutions like Exeter University, Imperial College and King’s College London to better understand how mycoprotein, a nutritious protein source that is unique to Quorn products, performs as a protein. It is through these long-term partnerships and collaboration, that several scientifically proven nutritional properties of this super-protein have come to light. These include the following:

To accelerate the adoption of alternative proteins, manufacturers have to partner with the nutritional science community to conduct research into their protein products.

Ultimately, supercharging the future of food falls on the onus of every individual. At Quorn, we believe that what we eat now can create a better future. For instance, simply swapping one meal with Quorn mince produces 90% lower greenhouse gas emissions than regular minced beef, and with more people adopting meat-free diets, it will increase this positive impact on the environment.

What are the sources of alternative proteins for Quorn products?

All Quorn products are derived from one single source and made with mycoprotein, a super-protein that is cultivated through the age-old method of fermentation. The principal ingredient of mycoprotein is an ascomycota, one of the largest groups within the fungi family, which also includes truffles and morels. The fungus is naturally high in protein and fibre and uses carbohydrates (we use plant-derived glucose) to grow.

We manage the end-to-end process for our products. The mycoprotein is made by feeding a natural, nutritious fungus with oxygen, nitrogen, glucose and minerals. We grow our super-protein in fermenters rather than in fields, and we maintain the whole food goodness of the natural and nutritious fungi in our foods rather than breaking it down into isolates or concentrates.

The fungus is grown through fermentation, which is analogous to growing a commodity crop or raising livestock, and the resulting mycoprotein is steam cooked, chilled and frozen which creates a meat-like texture, indistinguishable to that of chicken breast and with comparable nutritional quality.

In some Quorn products, a little free-range egg, or plant protein in vegan products are added to help bind the mixture. All ingredients used throughout the process are purchased with a specification that they are from a non-GM source. To ensure that only non-GM ingredients are used, we check it using the Identification Preserved (IP) process, and by conducting polymerase chain reactions (PCRs).

In producing alternative meat, are there certain mixes of proteins that are commonly preferred because they achieve better organoleptic properties?

Appearance, smell, and taste are key components of the consumer journey. The texture of the product plays a large role in the consumers’ multi-sensorial experience when tasting the food. The meat-like texture has been a difficult factor to achieve for alternative proteins.

When subject to steaming, chilling and freezing, mycoprotein was found to create a meat-like texture, similar to chicken breast. Having the taste, appearance and texture of real meat has been extremely important in driving consumer interest for Quorn products.

From a food science standpoint, versatility of the product is also a key factor in driving consumer interest. Beyond developing a wide range of products with similar texture to different protein types, such as chicken and beef, at Quorn, we have been collaborating with consumers’ much loved food service providers across various cuisines (e.g. Japanese, Vietnamese, Chinese and more) to create tasty meat-free versions of dishes that consumers are more familiar with.

Is labelling a concern in Southeast Asia? What new developments are there in this regard?

As the meat-free movement continues to gain momentum in Southeast Asia, brands in the sector have come under the limelight by regulators and consumers, who are raising concerns over safety and misleading marketing techniques. Issues in food and nutrition labelling are also becoming more important globally in view of diet-related diseases including heart diseases, diabetes, and as new preferences for gluten-free, dairy-free and vegan and environmentally friendly foods gain popularity.

In Singapore specifically, the Singapore Food Agency (SFA) oversees the Sale of Food Act and the Singapore Food Regulations to ensure that food sold in Singapore is safe for consumption to safeguard public health. Most recently, the SFA published guidelines on requirements for the safety assessment of novel food including establishing regulatory approval for cell-culture meat. However, the lack of a standardised regulation across the region, proves to be a challenge for many brands in the novel food space.

At Quorn, we believe it is important to be transparent about our products – the ingredients used in it, its nutritional benefits, how the product is made and its environmental impact. To reassure consumers that Quorn is not only healthy and nutritious, but is also safe for consumption, we continue to be clear about the science behind the product and remain cooperative with regulators and the regulations in respective countries.