Yahya Abbas has a degree in civil engineering from Great Britain. The 59-year-old president and CEO of Ya YA Foods in Toronto, Canada, still considers himself to be more of an engineer than a pen pusher. “I am a facilitator,” is how he describes himself. His philosophy is therefore not to simply wait and see which challenges happen to come his way but instead to seize the initiative and actively anticipate the needs of the market. “I invest and generate capacity; our customers then come to us of their own accord.”

Indeed, almost all of the big beverage brands have their products bottled by Ya YA Foods. “Our clients include the world’s top ten beverage brands,” Abbas proudly states. “Some of them have been our customers for 30 years.” During this time his company has realized countless ideas for innovative products and a whole host of different packaging types and now has a wealth of experience in the filling of sensitive beverages which is quite beyond compare. 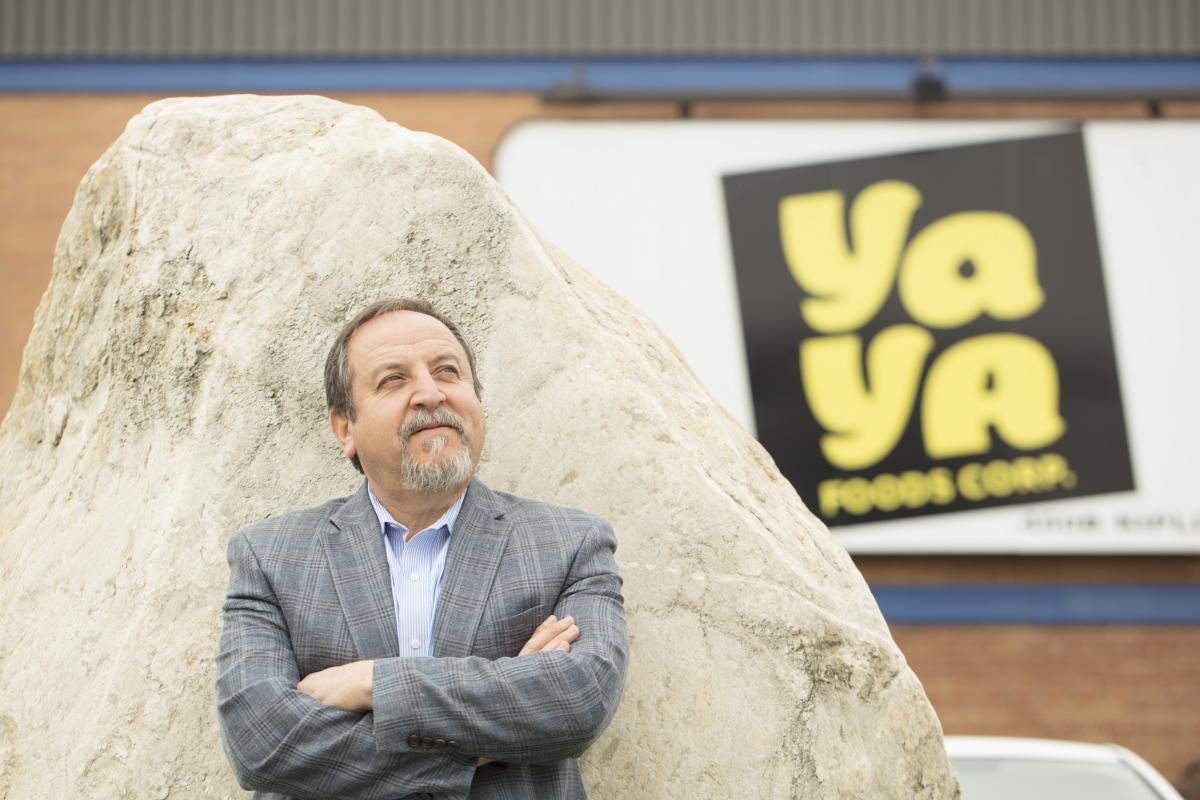 In just a few years Yahya Abbas, president and CEO of YaYa foods turned a small company into the number one contract filler for the whole of North America. (Source: KHS Group)

Abbas was 25 when he emigrated to Canada with his parents from his native country. His family first began working in the beverage sector just two years later. “In 1987 my father met someone in the trade,” he remembers. “This person wanted to sell his small bottling plant. We soon came to an agreement, bought the company and in the space of just a few years turned it into the number one contract filler for the whole of North America.”

Unlike many of its competitors Ya YA Foods doesn’t sell any own brands. This is also part of the philosophy, explains Abbas, in which his company “feels like a partner and not a competitor”. The family business sells 90% of its products in Canada and the United States, where the market is about ten times larger than the home market. The Canadians make almost two thirds of their entire turnover with their big neighbor. “Our location very close to the North American border stands us in good stead,” emphasizes Abbas. “We can reach about 93 million people from here in a single day.”

To start with, high-acid products such as juice, smoothies and tea were filled. Later, as the trend for low-acid products grew, the company increasingly concentrated on vegetable milk beverages based on peas, soya and cashews, for example, also processing animal dairy products. A maple water – as a typical Canadian product – is also being bottled in Toronto at the moment. 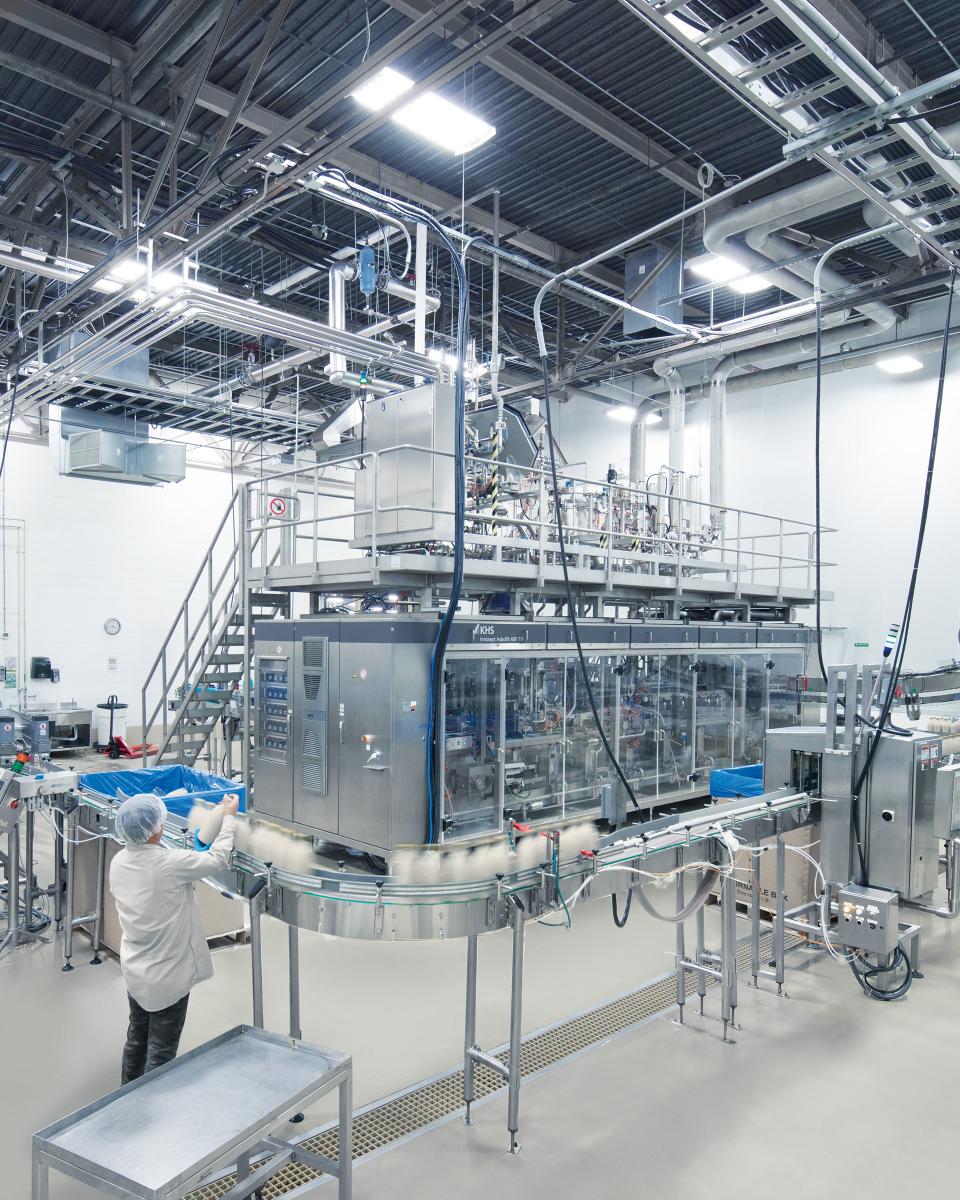 Fast, trouble-free format changeovers give Ya YA Foods the flexibility they need to process their wide range of products. (Source: KHS Group)

Accordingly, the demand for quality in the aseptic processing of these sensitive products is high. “Our maxim is not only to meet the regulatory requirements of the FDA[1] or GMP[2], for example, but to exceed them,” Abbas tells us. In doing so he fully relies on his 250 highly-qualified employees. Besides investing in the basic and further training of its personnel Ya YA Foods also makes use of modern measurement systems and manufacturing technology. Thanks to its highly automated lines the bottling plant only has about 65 machine operators working in production who are responsible for a daily output of approximately 1.5 million units.

The bottler procured his very first German machine as far back as in 1992 from what was then KHS predecessor Holstein & Kappert. In 2010 Abbas again invested in high-tech equipment from the Dortmund systems supplier, acquiring his first aseptic filler, an Innosept Asbofill ABF 71 TWIN with a capacity of up to 24,000 1.0-liter bottles per hour, from KHS’ American subsidiary. Originally equipped with two sealing machines for film/foil seals both machine parts have since been converted to screw caps to satisfy growing market demand.

Not only has the machinery’s reliable adherence to the highest hygienic requirements proved convincing but also – and first and foremost – its flexibility. “Format changeovers in the filler area are quick and trouble free,” smiles a satisfied Abbas. “KHS gave us the best option back in 2010 – and nothing has changed in this respect. This is a very good system and our contact partners excel with their extensive expertise and many outstanding ideas.”

On course for growth

In June 2018 Ya YA Foods began operating a second KHS aseptic line for up to 12,000 1.0-liter bottles an hour, on which smaller batches are also produced, helping to procure new customers. According to the company, approximately €13.3 million has been invested in KHS technology to date. And that’s not all: in September of this year yet another KHS aseptic line is to be installed and commissioned with “lots of new technology and even greater efficiency than our present lines”, says Abbas in happy anticipation. He has plenty of plans for Ya YA Foods and KHS. As of 2020 the next joint project will allow him to offer something to consumers which the market has not yet seen. He doesn't wish to say anymore at the moment but we can already look forward to seeing how the Canadians are going to keep ahead of the market and their branch of industry with this latest innovation.

[1] FDA = Food and Drug Administration, the body responsible for monitoring food and medicines in the United States of America.

[2] GMP = Good Manufacturing Practice, guidelines governing the quality assurance of production processes and environments in the production of medicines and active ingredients, but also cosmetics, food and animal feed.