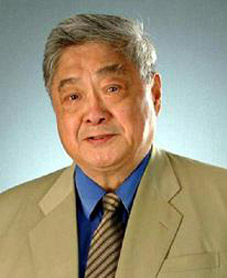 Figuring in one of the Philippines' best-known riches-to rags-to riches stories, JOHN GOKONGWEI is well known for boiling down lessons in economics, management and entrepreneurship into more palatable nuggets that are quoted by pundits and circulated in blogs. The chairman emeritus of the food, real estate, and airline corporation, JG Summit Holdings, Inc., shares his observations* on why Asian conglomerates succeed even in tough times.

THE best way I can share my thoughts with you [on Asian conglomerates and the global economy] is to recall some of my own experiences in starting and growing JG Summit Holdings. Embedded in these experiences are some lessons learned in making businesses successful not just in their domestic markets, but also in a more international arena of competition.

I believe that the first element of successful conglomerates is the ability to sustain the entrepreneurial passion of their founders. A common thread that I have observed is that many Asian conglomerates were started by immigrants who engaged in business as a matter of survival. Entrepreneurial skill was not an option; it was a necessity! In our case, I was the eldest son of a Chinese businessman who settled in the city of Cebu in the Visayan Islands [in the Philippines]. While our family achieved some prosperity before the last world war, that all changed when my Father suddenly died of an illness and when the war put everyone on equal footing. I started working at the age of 13, selling soap, candles and thread at a small stall at the city market. My small trading business grew into a vibrant trade between my hometown in Cebu and Manila. Eventually, through hard work, frugality and the help of all my siblings, we expanded this to trading between the Philippines and the United States. This entrepreneurial drive and desire to survive and thrive got us into manufacturing. It became clear to me that we would not grow very much just importing goods. With this in mind we set up a corn starch manufacturing concern called Universal Corn Products, which eventually evolved into what is now our largest business with a Pan-Asian footprint ?Universal Robina Corporation. Through Universal Robina we have achieved our present position as the Philippines largest and most dominant snacks and beverage player, and one of the fastest growing around the ASEAN region. Other businesses were spawned by the robust cash profits of our branded food business and over time we forayed into a very diverse set of businesses. These businesses became the foundation of JG Summit Holdings, Inc., a holding company we formed in 1990 and which went public in 1993. Today, we are engaged in eight major businesses: Food, Real Estate, Telecommunications, Airlines, Petrochemicals, Banking and Financial Services, Retail, and Publishing. We are also increasing our presence in other markets in Southeast Asia and Greater China. While these businesses seem diverse and unrelated, all of them actually have a common thread ?they are all large and growing consumer-oriented or consumption driven industries; and they all require innovative entrepreneurial skill, and disciplined operating management.

The second element of success that I have observed from Asian conglomerates is their ability to access funds and channel capital into industries that developed into globally competitive businesses over time. I have observed two categories of conglomerates in the region and they follow very distinct geographic and industry lines. First, in North Asia we have the keiretsus of Japan and the chaebols of South Korea, and perhaps some Taiwanese industrial groups, that are engaged in capital-intensive and well-protected heavy industries like steel, petrocZoom Kobe XII ZK12