Sand, dirt and abrasive dust can have a very adverse effect on plain bearings and shafts. For this reason, igus has now developed an additional method of protection for its lubrication-free iglidur plain bearings: seals made of felt. Simply placed on the flange of the bearing, they prevent the ingress of dirt and reduce maintenance intervals and machine failures. 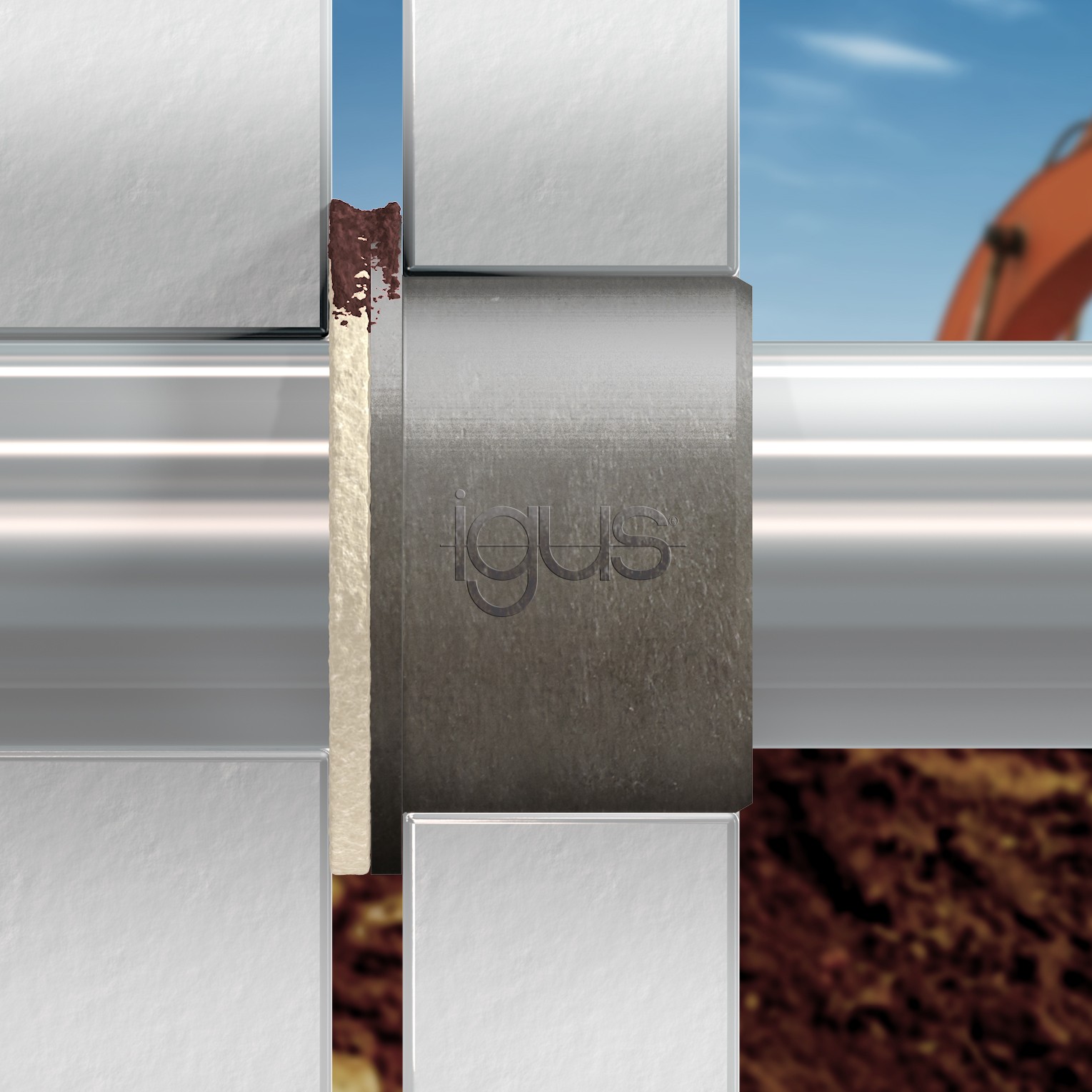 Plain bearings in agricultural equipment and construction machines often have a hard life: they are exposed to some highly negative factors, including wind, weather and dirt. This makes things difficult, especially for bearings made of metal as they have to be greased regularly to prevent the bearing from failing, corroding or being destroyed due to dirt at the bearing point. Users therefore like to avail themselves of iglidur plain bearings made of tribo-polymers as they have built-in solid lubricants and, as a result, do not need any external lubrication. What's more, they are corrosion-free and insensitive to dirt. In order to additionally protect the bearings against the ingress of sand and dirt, the motion plastics specialist has now developed felt seals for its iglidur plain bearings. "The advantage of felt is that, when dirt tries to enter, it is compressed in the felt structure. This prevents sand and dirt from getting to the bearing and the shaft ", explains Stefan Loockmann-Rittich, Head of Business Unit iglidur bearings. "Thanks to the use of iglidur plain bearings with the seals, the user can achieve savings in respect of maintenance intervals, lubricants and costs. At the same time, no polluting lubricating grease is released into the environment", says Loockmann-Rittich. If initial lubrication is nevertheless required, the felt ensures that the grease stays in the bearing and does not become contaminated. The felt seal has also proven its highly effective sealing capability in the company's own 3,800 square metre test laboratory. Here, an iglidur plain bearing sealed with felt under sand achieved a service life that was 50 times longer than an iglidur plain bearing without a seal and the shaft also showed considerably fewer signs of wear with a felt seal than without. The first customers had the same results when they tried the seals out in practice.

Well protected against media as well

The igus product range also includes sealing rings made of polymer for applications where plain bearings are exposed to various media. The polymer seals off the plain bearing in such a way that liquids such as aggressive cleaning agents cannot reach the bearing or components behind it. igus supplies the polymer sealing rings made of an all-round material for all igus flanged bearings and made of an FDA-compliant material for use in the food industry.