Colorado ultra-marathoner Jeff Vierling started the firm because existing formulations in nutrition drinks, gels and bars proved ineffective for him as an athlete. Today, customers boast that Tailwind supplements provide the energy they need to finish races previously beyond their reach.

With sales the first half of 2018 doubling over the same period in 2017, Tailwind needed to boost production while maintaining potency of its supplements by achieving blend uniformity and preventing material degradation. 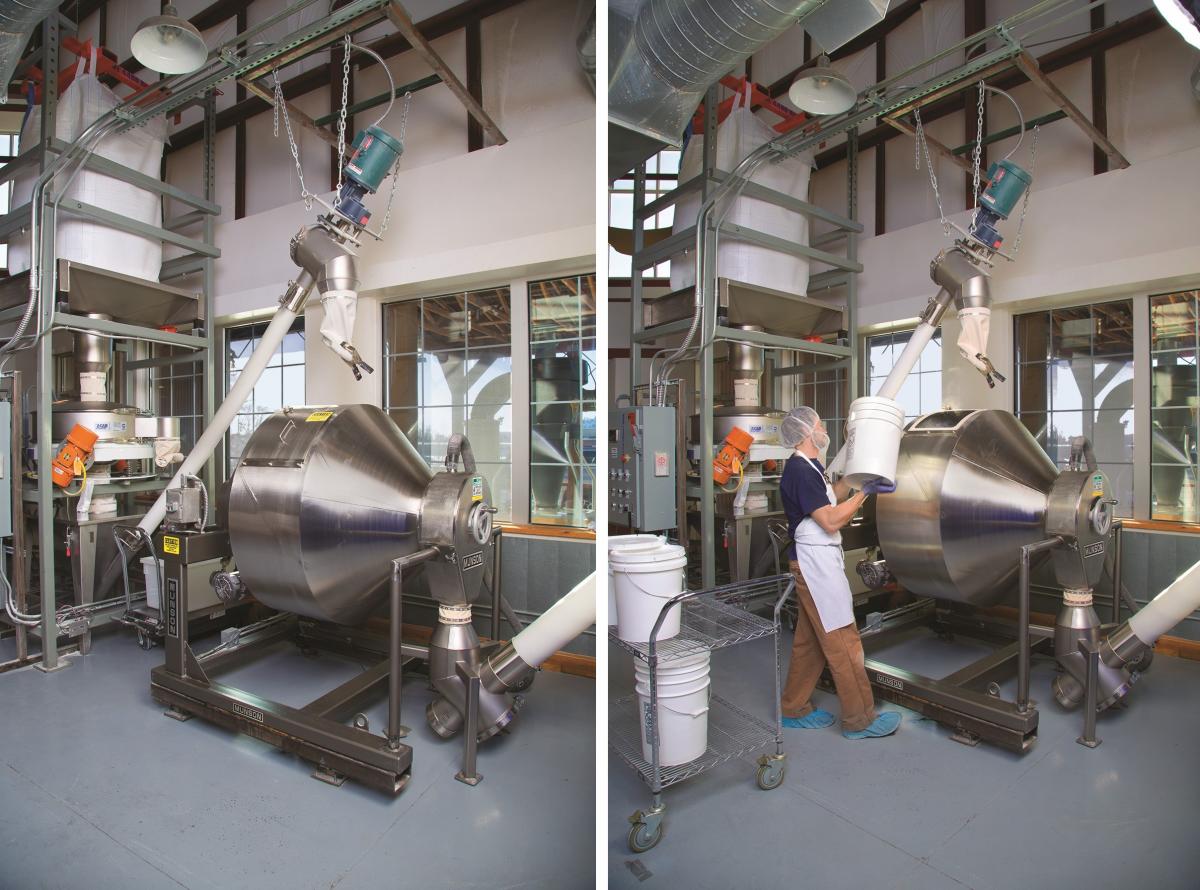 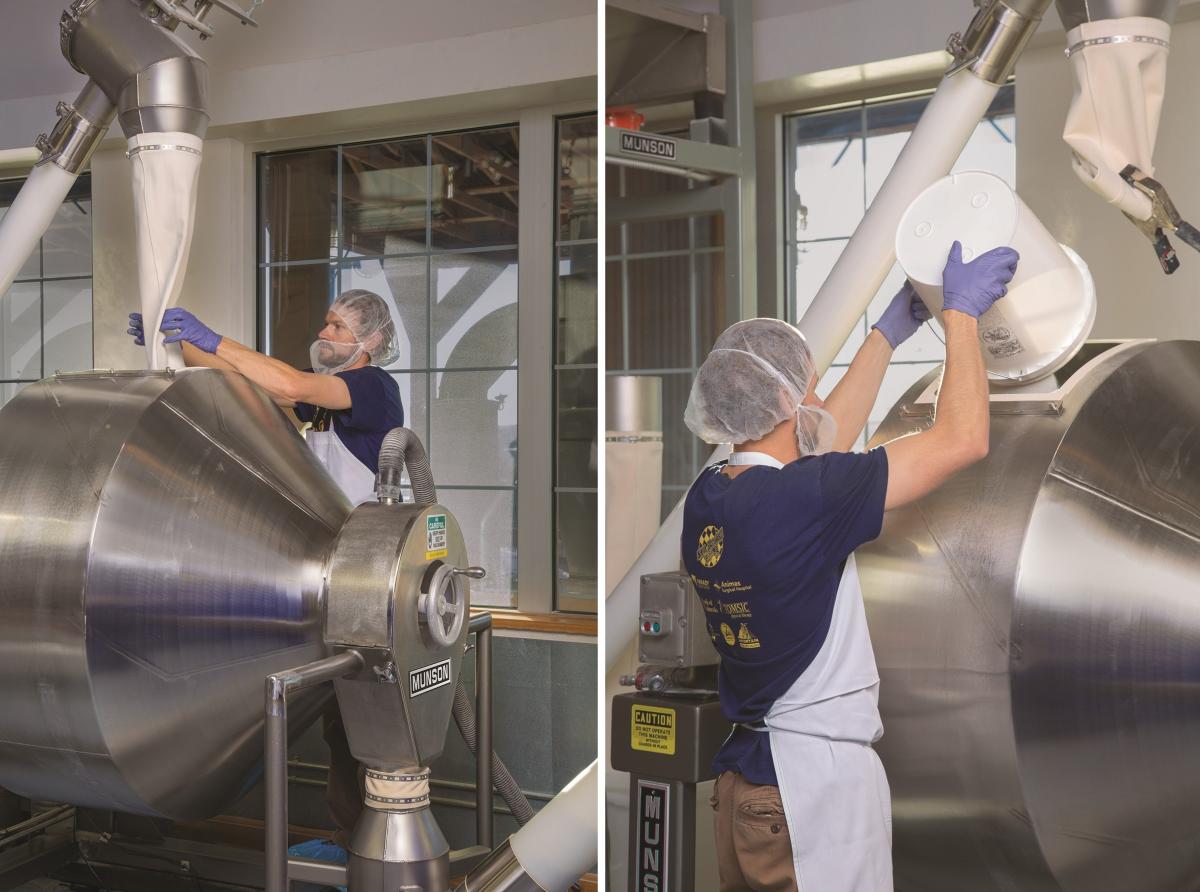 The mixer can be loaded with 227 to 317 kg of material in five minutes, with an additional minute to add secondary ingredients.

The plant installed a 425 L capacity Model MX-15-SS Rotary Batch Mini Mixer from Munson Machinery. Vierling says it offers benefits over his previous mixer, a rotating 198 L capacity drum with a skewed internal shaft and blades that imparted unwanted shear into the mix. "The unit also generated dust and was difficult to clean," he adds.

Loading a 45 kg batch into the previous mixer from manually dumped 23 kg bags required 10 minutes, versus five minutes to load 227 to 317 kg into the new mixer, and an additional minute to manually add buckets of secondary ingredients. 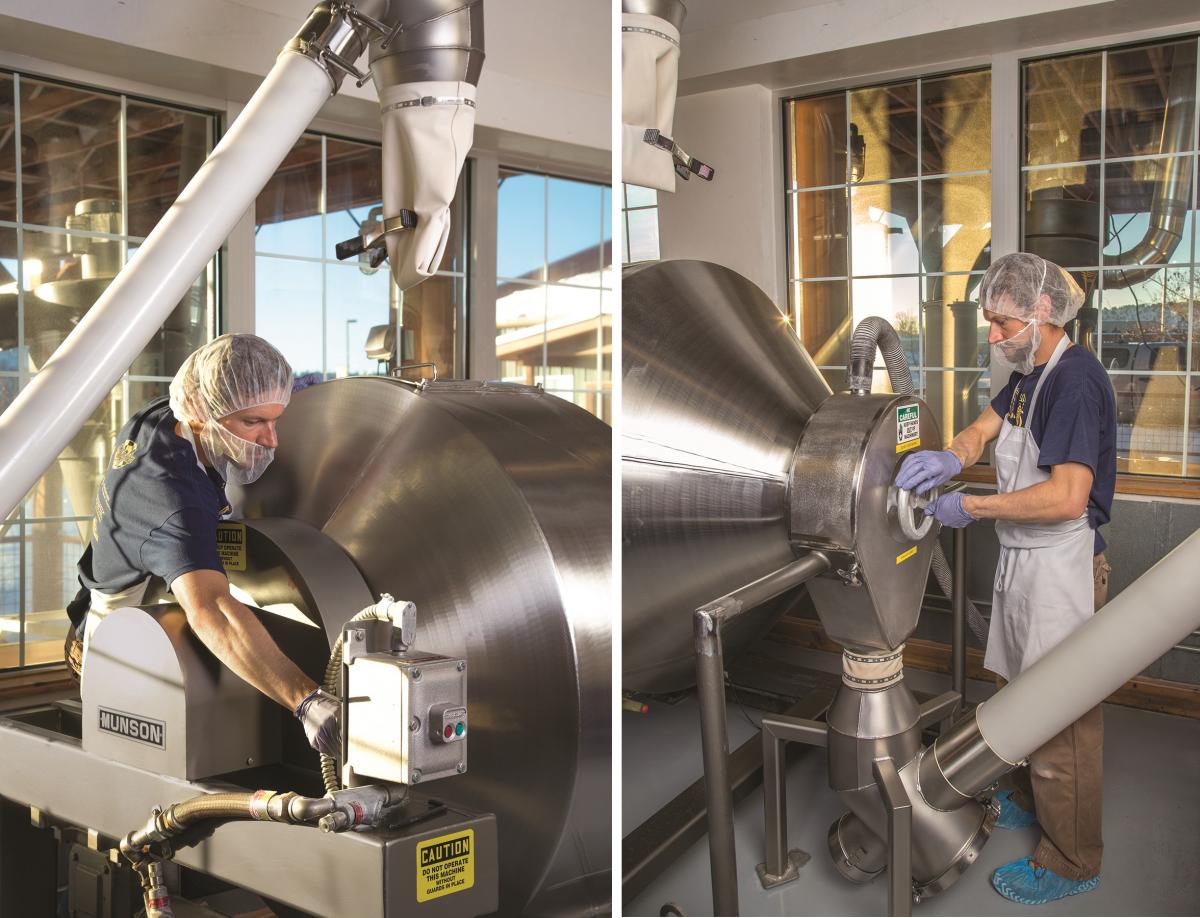 Like the previous mixer, the Mini Mixer tumbles the batch but lacks an internal shaft, instead rotating on external twin roller bearing assemblies which simplifies the cleaning process. Internal mixing flights affixed to the drum's interior wall impart a four-way tumble, turn, cut and fold mixing action, achieving batch uniformity in two to three minutes (half the time of the previous mixer) with no degradation or dusting, and serve to elevate material toward and through a plug gate valve during discharge while rotating, preventing stratification or segregation. 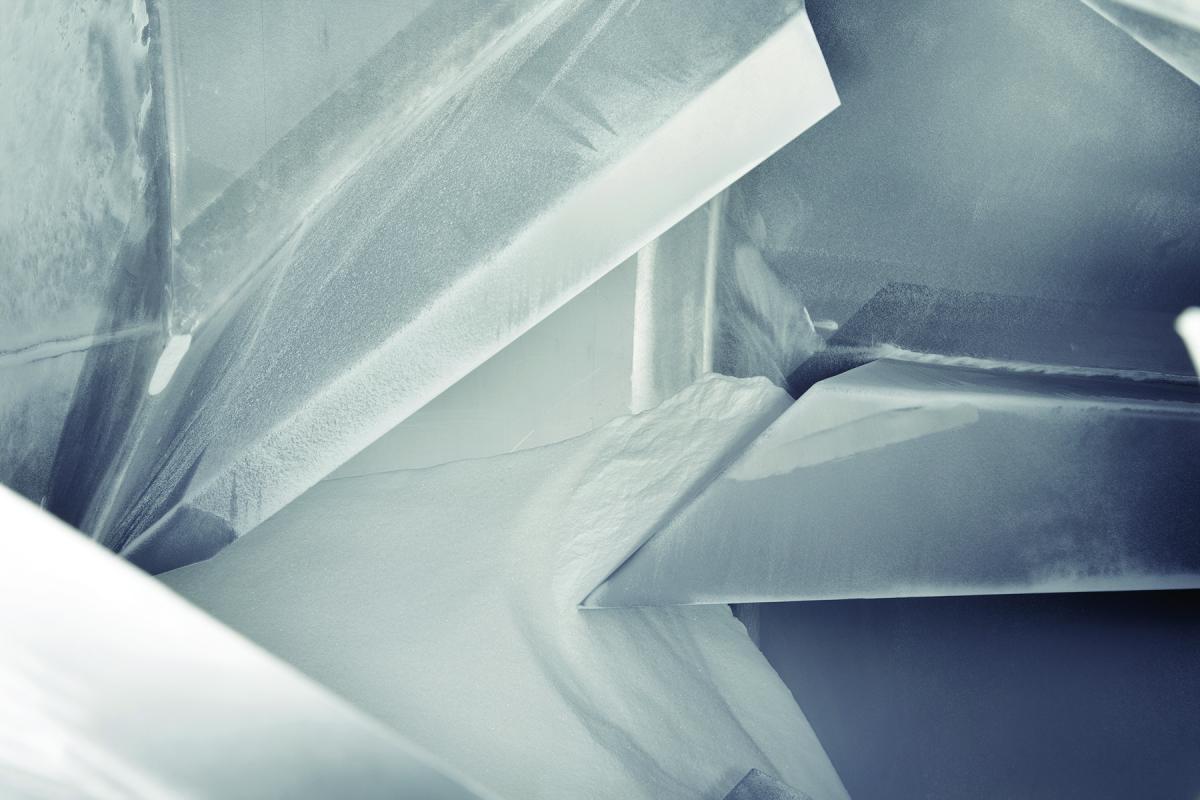 A smaller version of the company's full-scale blenders with capacities to 17 m3, the Mini Mixer discharges with no residual into a hopper, and is then packaged in pouches (0.8 and 1.4 kg) or single-serve packs.

Vierling says the absence of an internal shaft reduces the cleaning process to a sanitising water wash through the stationary inlet and outlet. The vessel air-dries in 20 to 30 minutes.