Food extruder made for plant-based proteins


For its ZSK Food Extruder, Coperion has developed a hybrid solution for manufacturing meat substitute products. With only a minimum of retrofitting effort, both texturized vegetable protein (TVP) and high moisture meat analogues (HMMA) can be produced on this ZSK Food Extruder, providing manufacturers of meat substitutes maximum flexibility to be able to profitably react to changing market demands, even on short notice. 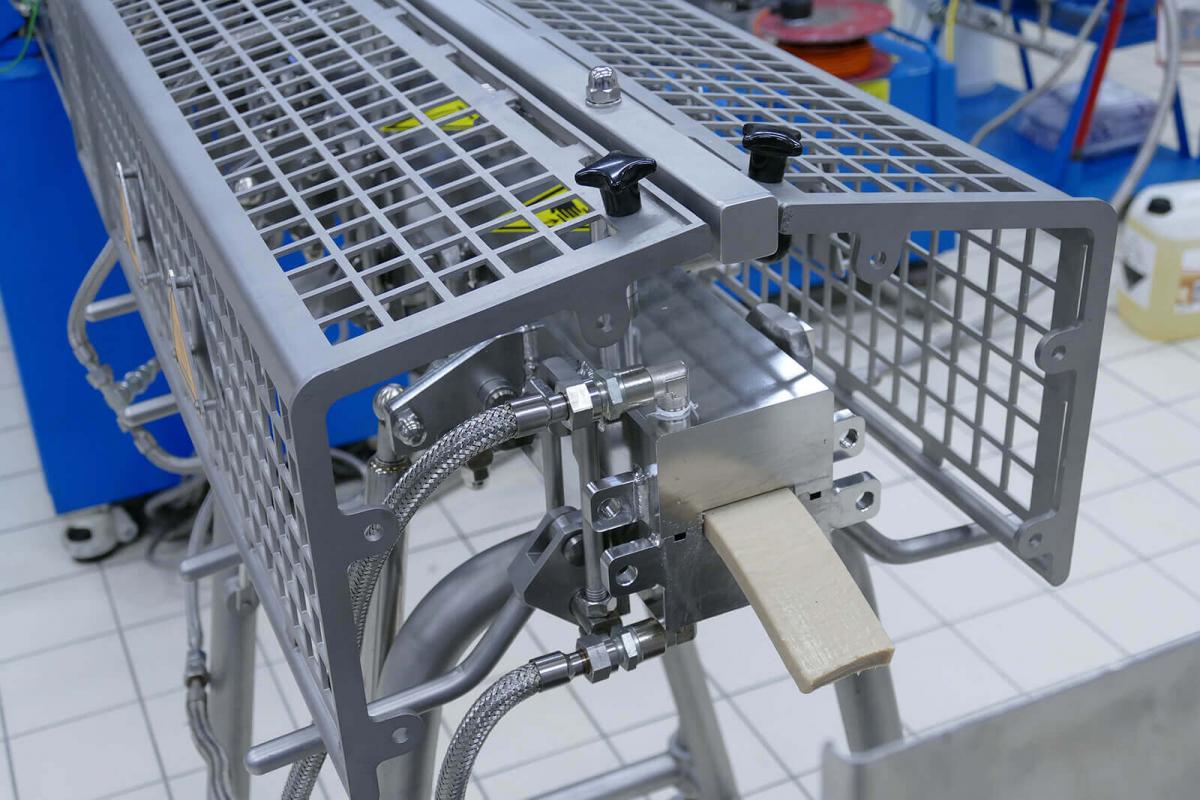 Coperion’s co-rotating ZSK twin screw extruders are used in the manufacture of both TVP and HMMA. Previously, the food extrusion system’s configuration differed for each application: While the ZGF centric food pelletizer is attached to the process section for manufacturing TVP in order to cut the product directly at the nozzle plate, HMMA is discharged using a specialized cooling die which produces a product strand exhibiting a texture closely resembling that of genuine meat.

Using a newly developed adapter solution from Coperion, the ZSK Food Extruder’s discharge can now be changed over from a ZGF to a cooling die in record time. The machine’s operator personnel can perform the changeover; no electrician is needed. The ZGF is first opened and moved to the side. Next, after the nozzle plate is opened by loosening a few screws; the nozzle is switched using the adapter, and the cooling die is flanged. The same principle functions just as quickly in reverse when performing product changeovers from an HMMA process to TVP.

The Food Extruder’s design, with feeding and process section, remains largely unchanged in most cases. In combination with the self-cleaning profile of the extruder’s twin screws, product conversion is completed in a few minutes. 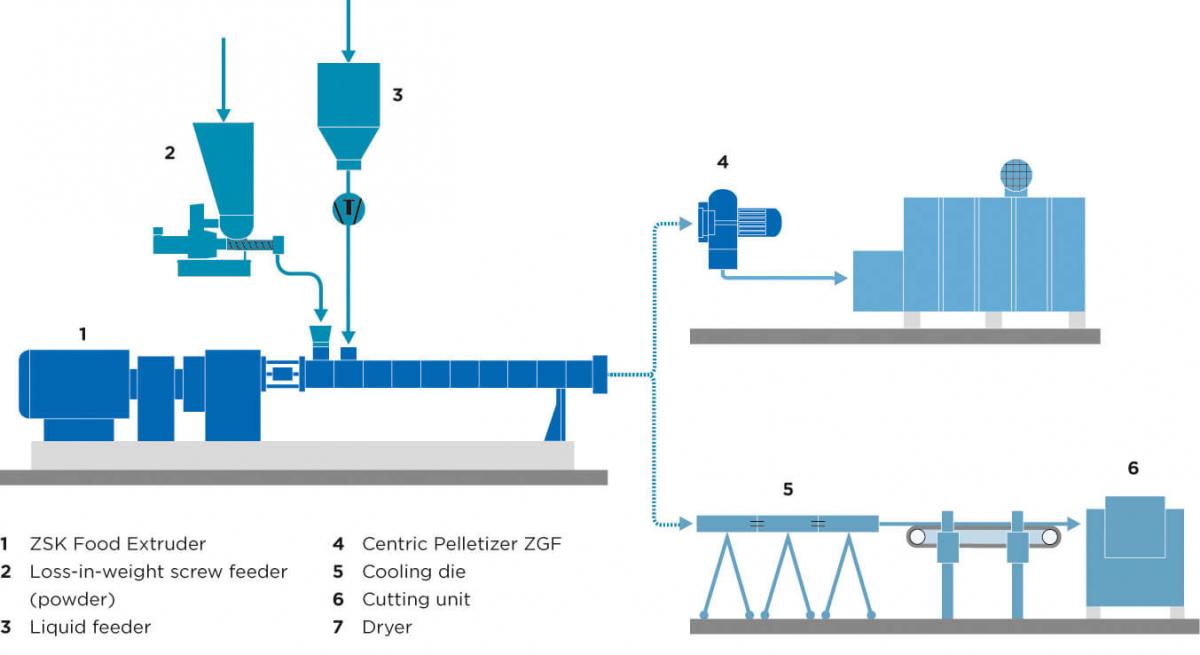 TVP is used both as a meat substitute and as a supplement to meat products. It can be produced in various sizes and forms, as smaller pellets or larger chunks, broken down or ground. TVP is a dry, expanded product with a long shelf life under normal ambient conditions. TVP requires rehydration in water/liquid before use.

When manufacturing TVP, the extruder’s main inlet is continually fed with bulk raw protein material using Coperion K-Tron’s high accuracy loss in weight feeders and material handling refill systems. Immediately thereafter, water is injected using Coperion K-Tron liquid feeders. In certain cases, direct steam injection is applied into the process section as well. Within the process section, materials are mixed, kneaded, and cooked. The product then moves out of the extruder via a nozzle plate where it is processed such that it achieves a porous, foamy structure with oriented fibers. The attached ZGF pelletizer’s knife rotor then immediately cuts the product. The TVP granules are then dried to ensure long-term product stability.

HMMA Manufacturing
HMMA is primarily used as a high-quality meat-analogue product in ready-to-eat meals. By adjusting recipe and process parameters, structures of different meat types can be replicated with striking similarity to the original. HMMA’s moisture content lies between approximately 50-80% and must therefore be refrigerated.

The bulk raw protein material is fed into the extruder inlet. Water is then added. Within the ZSK Food Extruder’s process section, this mass is then fully mixed and kneaded. Discharge takes place using a cooling die that generates a meat-like texture which is “frozen in”. The result is a solid strand with fiber structure similar to meat; the strand is then conveyed to the next process step.

Stefan Gebhardt, General Manager of Business Unit Food & Pharma at Coperion, is convinced of the new ZSK Food Extruder hybrid design: “The high demand for this hybrid technology shows us that it corresponds exactly to the current market trend. The need for meat substitute products is growing steadily and at the same time undergoing major changes. With this hybrid machine concept that allows production of TVP and HMMA on one and the same extruder, we’re providing meat analogue manufacturers with a solution that gives them a high degree of flexibility to be optimally prepared for rapidly changing market conditions.”