A specific highly concentrated Moringa seed extract S can effectively alleviate the symptoms associated with computer work in healthy middle-aged adults: fatigue, back pain, stiff shoulders and strained eyes. This according to a newly published study from the Ueno-Asagao Clinic in Tokyo, Japan.

After four weeks of daily supplementation with 120 mg of  Moringa seed extract S, the severity of the stress- and posture-related symptoms among the study participants was significantly reduced.[1]

Even if the on-trend and much praised New Work model actually impacts current job practices — whether in the office or on the beach — most employees will still sit at their computers with their backs bent. Of the 86% of staff who use a computer, for example, 78% experience physical fatigue and related symptoms.[2] It not only affects quality of life, but also, in the long-term, employee health and the ability to work. At the same time, more and more people are looking for alternatives to conventional medicine and commonly used painkillers. Herbal Moringa oleifera, part of the fast-growing Moringaceae tree family, is a particularly suitable replacement because of its nutrient profile. Many parts of the tree, including its roots, have found their way into the food chain in tropical and subtropical regions. Moreover, Moringa is said to have 300 medicinal effects in Ayurvedic medicine.

Recent in vivo and in vitro studies have already demonstrated the pharmacological benefits of the phytochemical moringine, an isothiocyanate that affects or inhibits key signaling pathways that are upregulated in cancer and immune disorders. In addition, effects on chemoprotection and its anti-tumoral, antioxidant and anti-inflammatory properties have also been shown.[3] 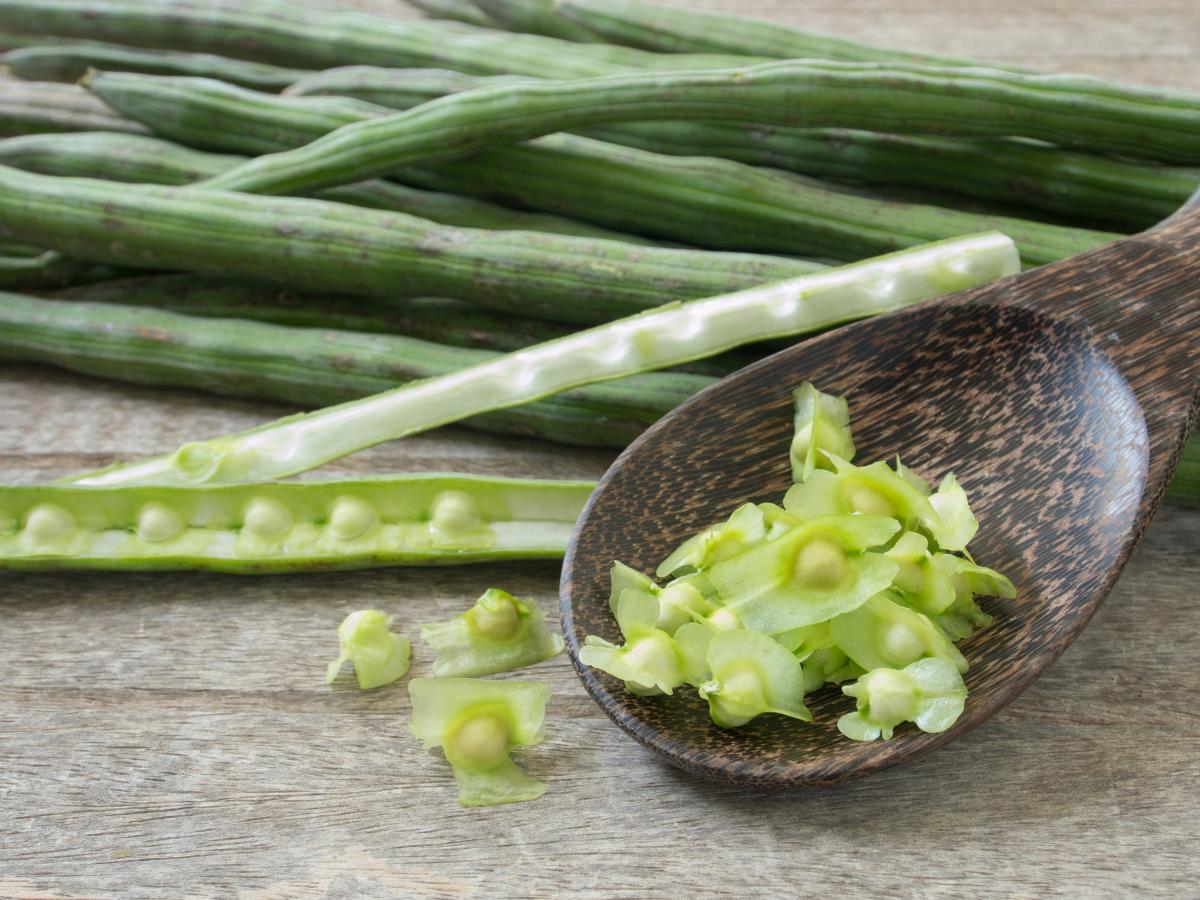 Moringa seeds are extracted from the pods of the Moringa olifeira, rich in antioxidants, vitamins, minerals, and amino acids.

A four-week study conducted by a team of scientists at the Ueno-Asagao Clinic inTokyo has now examined these effects in humans. The study was designed as a randomized, parallel, double-blind and placebo-controlled investigation. Among the randomly selected healthy subjects were 18 middle-aged men and 22 women with somewhat severe symptoms. The compressed 120 mg tablets, which contained 12 mg of glucomoringin, the main glycosinolate, ensured that the active ingredient was only absorbed in the intestine via delayed release where glucomoringin is enzymatically converted to moringin.

The findings evaluated the effect of the moringa seed extract on daily fatigue and lower back pain, and showed a significant decrease in fatigue, lower back pain, shoulder stiffness and eye strain. The effect measured by the visual analog scale (VAS) pain score was significantly better than in the control group after only two weeks. Before that, the anti-fatigue effect of moringa leaves was documented in an experiment with rats.[4] The tablets were provided by plant-based ingredient expert, Taiyo, who also commissioned the study.

Dr Stefan Siebrecht, Managing Director at Taiyo’s German subsidiary, says: “Now that the anti-inflammatory health benefits of glucomoringin have been proven and we know that it works both in the laboratory and in the human body, it’s a good signal for manufacturers of dietary supplements and foods with value-added ingredients. The pain relief effect can be achieved with the help of tablets, which is important from a European perspective, because only dried and/or powdered ingredients are currently available on our continent. It’s also important to know that — as with all sought-after herbal raw materials — a great deal depends on personal contacts with the producers, controlled cultivation conditions and a strictly monitored supply chain in which food counterfeiters have no chance. This is guaranteed with Taiyo.”

[2] Ministry of Health L and W, Japan (2003). An overview of the survey on actual conditions concerning technological innovation and labor in 2003.