In the age of electric vehicles

The automotive industry is in a state of change. Most notably, the move towards electrification is finally taking shape. And, it’s time for anyone within the industry to take the trend seriously. Case in point – the International Energy Agency’s Global EV Outlook, the number of electric cars will grow at a compounded annual growth rate of 33 percent to 125 million by 2030. 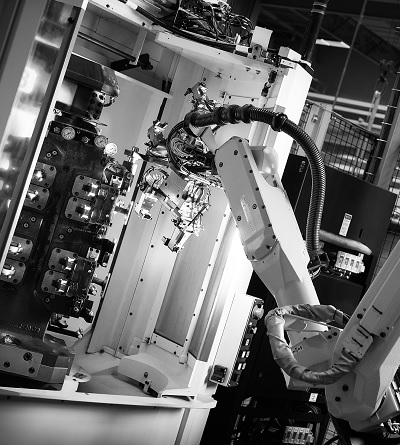 What does this ongoing industry evolution mean for part suppliers? As the trend intensifies, it’s imperative to establish a competitive edge. According to a recent Deloitte insight, “Traditional parts suppliers may need to tweak their strategy to align themselves to the new landscape and take advantage of this long-term shift. Many suppliers, particularly those involved in the manufacture of traditional engine components, will likely be affected as there are far fewer individual parts in a battery powertrain than in a traditional combustion vehicle.”

Of course, as the shift towards electronic vehicles grows, this does not mean that automotive manufacturers are abandoning traditional fuel-based offerings. Although European and Asian consumers are all-in on the electric vehicles, North American car buyers in particular still prefer gasoline-fueled automobiles. Yet, the movement still has a meaningful impact, and it is intensifying consumer expectations– meaning automakers need to boost vehicle performance and reliability. This often translates to an upstream push for tighter tolerances on critical part features–often at lower costs.

When properly designed and utilized, automation serves as a means of addressing ongoing shifts in the demands of your customer base. Of course, automation can take on a

lot of different forms depending on the type of shop operation – part type mix and individual part volumes.

Also known as machine tending, part handling is the most commonly utilized form of automation. By definition, parts are automatically transported between processes and different operations within those process. This is very typical of an automated machining application for automotive parts due to the high volumes and single part type associated with these parts. By limiting operator involvement in the load and unload processes manufacturers can reduce labor costs, improve safety [by reducing accident claims], and improve part quality through more consistent handling and loading of the parts. Allows for unattended operation, increasing the machine utilization. Part handling automation in itself can take on different forms including overhead, floor-based, flexible general- purpose robots as well as hard single-purpose automation. Other forms of part handling automation include automation of the movement of pallets, fixture plates, and transfer plates that contain the parts in a fixtured state. This form of automation moves the pallet/fixture plate between processes and machining operations rather than moving the parts directly. This form of automated operation typically involves operator intervention to transfer the individual parts between the fixtures on different pallets/fixture plates and processes.

For instance, a simple form of automation would be a machine with a dedicated pallet changer managing between 2 and 12 pallets. The pallets could support the same machining operation or multiple machining operations. Other pallet systems could contain several machines being serviced by a single pallet delivery system and controlled by a high-level cell controller.

Automating the inspection process dramatically improves ongoing monitoring of the machining process. Through automation, it’s possible to quickly identify when a process happens to be out of spec, which is key in reducing the number of scrap parts. For certain applications, the inspection data can be used to automatically adjust the machining process to keep the process in control.

Part deburring is another process that lends itself to automation. By eliminating manual deburring and polishing of machined parts, manufacturers can eliminate or reduce tedious labor, while potentially improving part quality.

The typical and most common benefit of automation is the improvement of the efficiencies of the process, increasing the throughput and uptime. This is done through maintaining the process operation through breaks, shift changes, and unattended time periods. Typical improvements in automated machine tending versus manual are an increase in utilization of the equipment from 50-80 percent for manual operations to 85-95 percent for automated operations.

Automation also improves utilizations by servicing the machine process equipment when required, not when, for example, an operator is available to service the machine.