Braskem, the largest producer of thermoplastic resins in the Americas and a leading producer of biopolymers, announced this month the successful start of its newest polypropylene (PP) production line, with a standard of excellence, located in La Porte, Texas, USA.

The company's new line has an annual production capacity of more than 450,000 tonnes (kt) and can produce the entire polypropylene portfolio, which includes a wide variety of products, including homopolymer, impact copolymer and random copolymers. Construction started in October 2017 and was completed in June 2020. The launch of commercial production occurs after the successful completion of the commissioning process and the achievement of the high quality assurance protocols for Braskem's products. 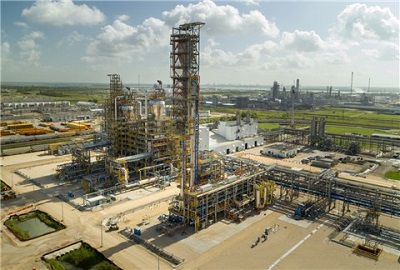 The construction of the unit had positive effects on the economy of the Texas Gulf Coast region and employed approximately 1,300 construction and development workers. In addition, another 50 positions were created at Braskem to assist in long-term commercial production. The plant's project was developed in a way that is fully in line with Braskem's commitment to sustainability and attention to eco-indicators such as emissions, energy efficiency, water efficiency, recycling and waste reduction.

In June 2020, the company announced the development of its new global export centre in Charleston, South Carolina, to better serve international customers from the United States market. The new global export centre will provide packaging, storage and export shipping services to support Braskem's polypropylene production units in the country. With design and development already in an advanced stage, the new global export centre is expected to be completed in the third quarter of this year. The facility will have the capacity to support export shipments of up to 204 thousand tons (450 million pounds) of polypropylene and specialised polymers for Braskem's customers worldwide.