In 2023, the trade fair year will start for Arburg with the Swiss Plastics Expo in Lucerne, Switzerland. From 17 to 19 January 2023, Arburg will be at stand C1061, hall 1, in both physical and digital. An electric Allrounder 370 A with Gestica control system will be producing cups from recycled PP. Visitors will also be introduced to the new expansion stage of the “aXw Control FillAssist” feature, which will be showcased on the Allrounder, and the “arburgXworld” customer portal for the digitalisation of services and business processes will also be demonstrated at the trade fair. 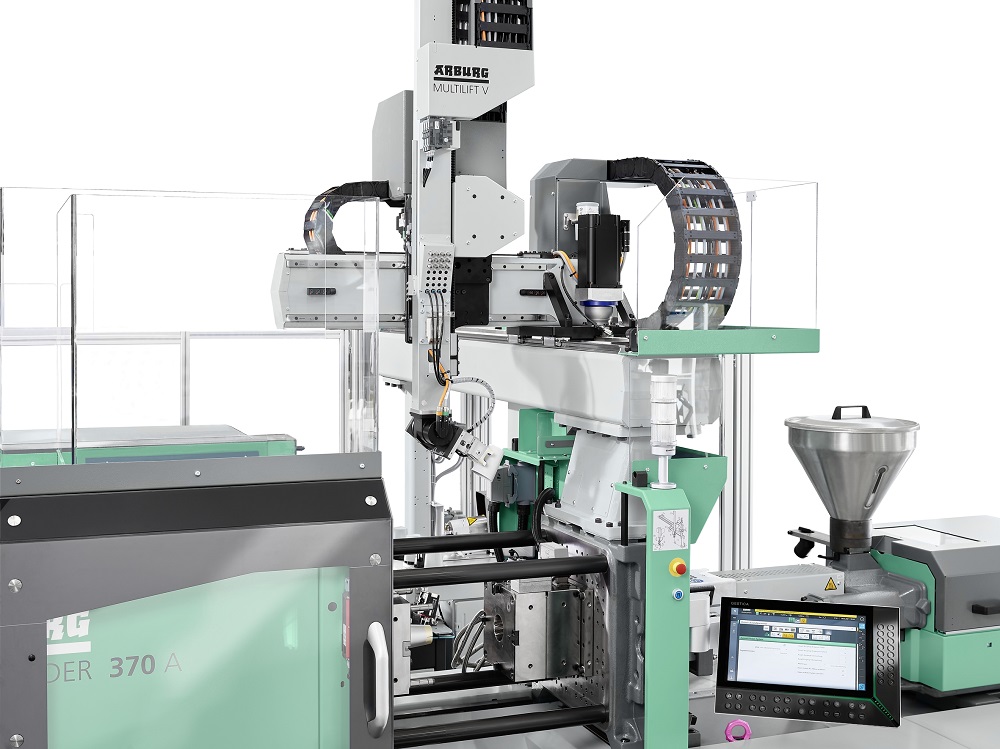 Marcel Spadini, Managing Director of the Arburg Switzerland subsidiary in Münsingen, says about Arburg’s appearance at the trade fair: "The Swiss Plastics Expo is a very important platform for us. It’s small but perfectly formed, as they say. Intelligent injection moulding, recyclate processing and the potential offered by digitalisation will all be on show for our customers. As Switzerland is viewed as a very advanced nation – in that it has a very strong focus on technology and is also very innovative – we have chosen exhibits that will strike exactly the right note with both customers and other interested visitors."

An Allrounder with digital features will be processing recycled materials

A turnkey system featuring an IT networked, electric Allrounder 370 A with a clamping force of 600 kN will be demonstrating how high-quality cups can be produced from recycled PP. The machine features the standard Arburg IIoT gateway and the Gestica control system – including the new expansion stage of the "aXw Control FillAssist". This feature supports AI-assisted variant analysis for time-saving mould filling studies and has been developed in partnership with Simcon. The exhibit will be producing the well-known “crinkle cup” with its distinctive look on a single-cavity hot runner mould made by Haidlmair. A Multilift V 20 Cartesian robot removes the cups and unloads them from the system – a robot not exhibited before in Switzerland.

The stand will also feature a demo terminal to showcase the extensive features of the “arburgXworld” customer portal, which enables users to manage many of their services and business processes on a digital platform with Arburg. Customers have almost unlimited possibilities to access up-to-date information on the machine fleet, and to start and monitor machines, for example. Equally, 24/7 service requests can be made or online spare parts ordered – on all digital devices.

An exciting start to the year

In focussing on sustainability and digitalisation in Lucerne, Arburg is addressing two key topics that are of the utmost importance for the future development of the entire plastics processing sector. Arburg is at the forefront of developments in the industry on both counts. Marcel Spadini says: "The market trend towards automation and digitalisation will definitely continue, because operating costs in Switzerland are still very high, even compared with the EU. And let’s not forget the enormous potential the combination of digitalisation and automation offers for the circular economy. Visitors to the Arburg stand will leave the Swiss Plastics Expo with this message ringing in their ears."