AFTER many years under development and numerous tests, Krones and KIC Krones, the group’s consumables specialist, are presenting an optimally aligned package for disinfecting the LinaFlex tunnel pasteuriser, which can now also be expanded to other machines. The disinfectant uses a new formula and is generated from two Krones colclean components directly in the bottling plant. Krones delivers the generator, pump, and distributor. Producers benefit in several ways from this concentrated expertise in terms of both their machinery and consumables use.

What’s new is that beverage and food producers can now use inexpensive chlorine dioxide for disinfection, without worrying about causing corrosion on their machines. That’s because chlorine dioxide from the Krones colclean series is produced differently: Besides sodium chlorite, the new process uses a sulfuric acid product for the first time that was optimised by KIC Krones. Compared to customary formulas that use hydrochloric acid, this one generates far less corrosive by-products that would otherwise damage stainless steel and thus shorten the machine’s service life. The oxidation number of this chlorine dioxide far exceeds other conventional disinfectants, and this powerful disinfectant efficiently prevents biofilm build-up, even at low dosage.

Comparisons with sodium hypochlorite solution and organic biocides show that the chlorine dioxide produced from Krones colclean components is gentler on materials and more effective. When conventional media are used, dosage and pH value must be set very precisely, otherwise the result could be insufficient disinfection and, on top of that, rust damage to the machine. This risk is lower when chlorine dioxide is used, thanks to its broader application in terms of pH value, temperature, and water quality. 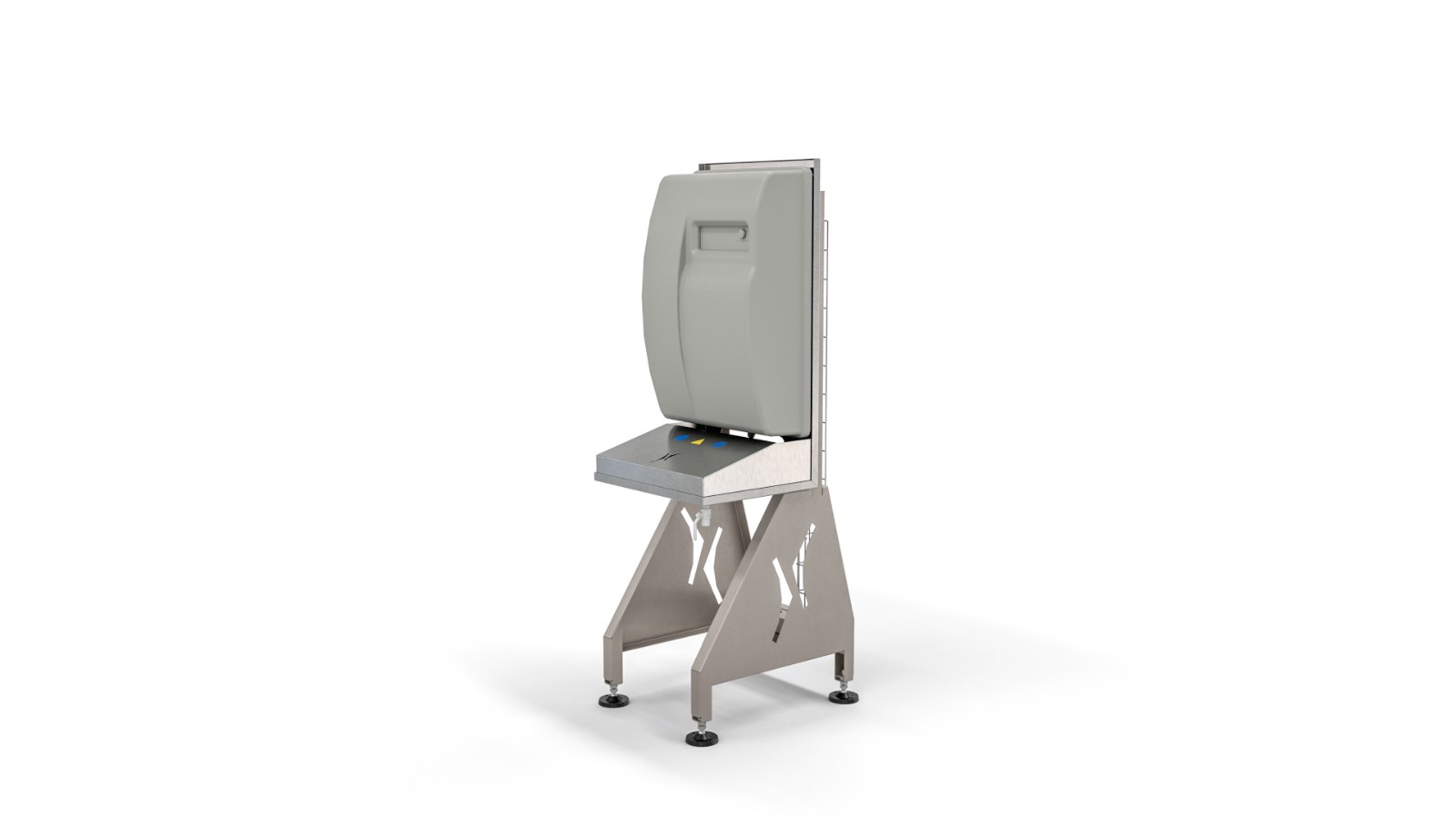 The generator creates chlorine dioxide on site in the bottling plant from Krones colclean sodium chlorite and an optimized sulfuric acid product.

Another important factor is that chlorine dioxide has a short half-life and therefore far less impact on the environment: It gradually breaks down into harmless by-products. Thus, all it takes to ensure that no residues remain in the wastewater is to allow enough time to elapse between the last dosing and the draining of the water from the machine. By contrast, sodium hypochlorite solution leaves adsorbable organic halogens in the wastewater, which must be removed in a complex process, while organic biocides leave behind toxic microorganisms.

Because chlorine dioxide has a short shelf life, a chlorine dioxide generator is needed in the plant in order to make using the disinfectant economically feasible. It’s an investment that pays for itself quickly since the more effective disinfectant lowers consumables costs in the long term and helps increase machine uptime.

The generator uses batch technology to ensure that 50- or 100-litre storage tanks always contain sufficient chlorine dioxide. In addition, Krones delivers a starter kit that includes the colclean components along with the generator. Bottlers also receive services like chemical consulting and support from KIC Krones. The experts at KIC Krones, the group’s consumables specialist, know the Krones machinery portfolio inside and out and tailor their recommendations to the respective machine. This cooperation is what enables us to provide maximum benefit to customers. The package consisting of generator and chlorine dioxide components from a single source gives food and beverage producers the advantage of a system that is optimally integrated into the machines’ process and seamless support.

One generator serves many consumers

The concept was initially developed for the LinaFlex pasteuriser. It proved successful three years ago, in a field test at a German brewery. Since then, several companies from the food and beverage sector, in Germany and the USA, have decided to implement the system.

After these positive experiences on the market, Krones and KIC Krones took the next step, and the process is now also used for the cooling tower, conveyor lubrication system, and bottle washer up to the penultimate zone. And therein lies one of the concept’s great strengths: It is transferrable to many additional consumers as long as disinfection is followed with a fresh or sterile water rinse. And if the generator is used for multiple machines, the payoff is all the better.