Could cobots be the answer to the welder shortage?

In recent years, there has been a global shortage of welders. Weld Australia CEO Geoff Crittenden has reportedly described the shortage in Australia as 'clearly reaching a breaking point.' Thankfully, automation can help fill the gap. Here, John Young, APAC country director at automation parts supplier EU Automation, explains why cobots may be the solution to the world’s welding shortage. 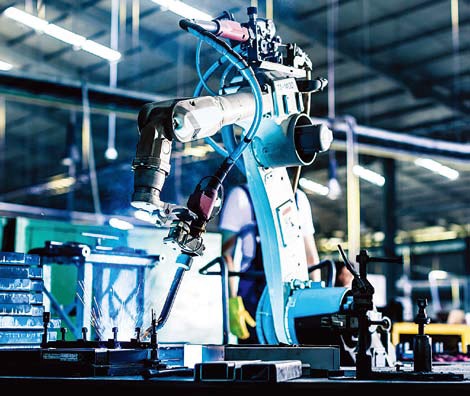 A world without welders?

The welding shortage is a global problem. The American Welding Society has predicted a deficit of 400,000 welders by 2024. In Australia, the problem is arguably even greater. According to specialist welding technologists K-TIG, a US welder’s skills are in such high demand they can demand a salary of $100,000, the figure is twice as high in Australia and up to three times as high for oil and gas projects in remote locations.

This problem is compounded by the fact that the millennials are not rushing to replace the retiring baby boomers. Negative perceptions of careers in manufacturing, and welding in particular, are putting off younger generations from what could be a bright career destination. Unfortunately, welding is seen by many younger people as dirty and monotonous.

Added to all this is a skills shortage, which the organisations representing welding have been warning about for many years. Even if younger people were attracted to the profession, there needs to be much more investment into education and training. One major issue is making sure that the training reflects the growing importance of robotics and automation.

Automation may seem like an obvious solution, but it is not so straightforward. The capital expenditure required for industrial robots needs to be justified. For those in the business of high mix, low volume prediction, robots have traditionally failed to demonstrate the necessary return on investment.

Robot uptake might also introduce a further problem. You have solved the shortage of welders, but you now need new staff that are trained and expert at operating and maintaining the robots, so the skills shortage problem remains, albeit with a different face. Factors such as these explain why, until recently, automation was not the panacea to the welding worker drought.

Cobots are collaborative robots, designed to be operated safely alongside human workers without the need for safety fences. According to recent analysis from Research Drive, the global cobot market is expected to reach a staggering $8,840.5 million by 2026, representing a compound annual growth rate (CAGR) of over 40 percent. Rapid industrialisation in the Asia Pacific region and increasing uptake in the automotive and electronics sectors is expected to drive this growth.

One major benefit of cobots is their lower start-up costs. High mix shops often found themselves priced out of the opportunities for automation, but cobots are changing that. Some companies are also taking greater advantage of the opportunity to rent robots or acquire them on a subscription basis, a model also known as robots-as-a-service.

Another key benefit is the ease of use. These machines are specifically designed with usability in mind, removing the need for extensive training. They are usually programmed through a hand-guided demonstration from a worker who requires only rudimentary training.

Cobots are not simply cheaper and easier to use. Their size and flexibility is another string to their robotic bow. Typically, a cobot will range in size from five kilograms up to 50 kg. This means that factory floorspace is no longer such a limiting factor.

It also means the robot can be safely and easily moved around the workshop and while larger industrial robots were better suited to performing the same task repeatedly, cobots can be applied to a variety of different tasks in a single day. This attribute makes them a winning ticket in a world where demands for customisation and short-lead times are growing.

It is no surprise to see many manufacturers collaborating with a reliable automation parts supplier like EU Automation to take advantage of these opportunities. Welding is certainly one area where there is growing interest and expectation.

When you combine the benefits listed above with the demands created by the worker shortage, it is clear that welding is an area that is in need of a cobotic helping hand. To begin to implement this solution, manufacturers do not need significant capital expenditure, extensive floor space or expert programmers.

A worker hand-guides the cobot arm through the process, manually steering the arm and torch through a program path to weld a part. In many instances, this programming can be completed by someone who is not even expert in the welding process itself. Skilled welders can be redeployed to more value-added tasks.

The size and flexibility of a cobot means that you could simply deploy it at an existing welding table that is set up for human workers, without having to make extensive adaptions or worry about insufficient floor space.

Cobots can also produce a longer, continuous weld seam. For comparison, while a skilled welder can typically weld a two-foot seam in a continuous motion, a cobot can make a seam that is up to four foot long, reducing the need for stops and starts and thereby helping produce higher quality parts. It also removes the need for larger dedicated floor space that is typically required for long parts.

Until recently, there was growing concern that manufacturing would face a day of reckoning as the pool of skilled welders continued to shrink. Thankfully, cobots are allowing machine shops to exploit the benefits of automation in ways that were not possible a decade ago. As well as making up for the welder shortage, the growing use of cobots looks also set to encourage millennials into a career destination that was previously seen as unattractive.

EU Automation supplies new and obsolete automation parts. It possesses a global network of warehouses and distribution centres that enable it to play a unique role in the automation industry. To find out more, visit euautomation.com