January is Norway’s first month of leadership, after the small northern European nation being elected new member of the UN`s most important tool for conflict resolution in an increasingly restless world.

Norwegian UN ambassador Mona Juhl began her first term as head of the presidency in the UN Security Council in New York this week.

On this occasion, the Norwegian UN delegation presented the traditional Norwegian brown caramel cheese, known under its US brand: «Ski Queen» – as a symbolic gift to the other member states. 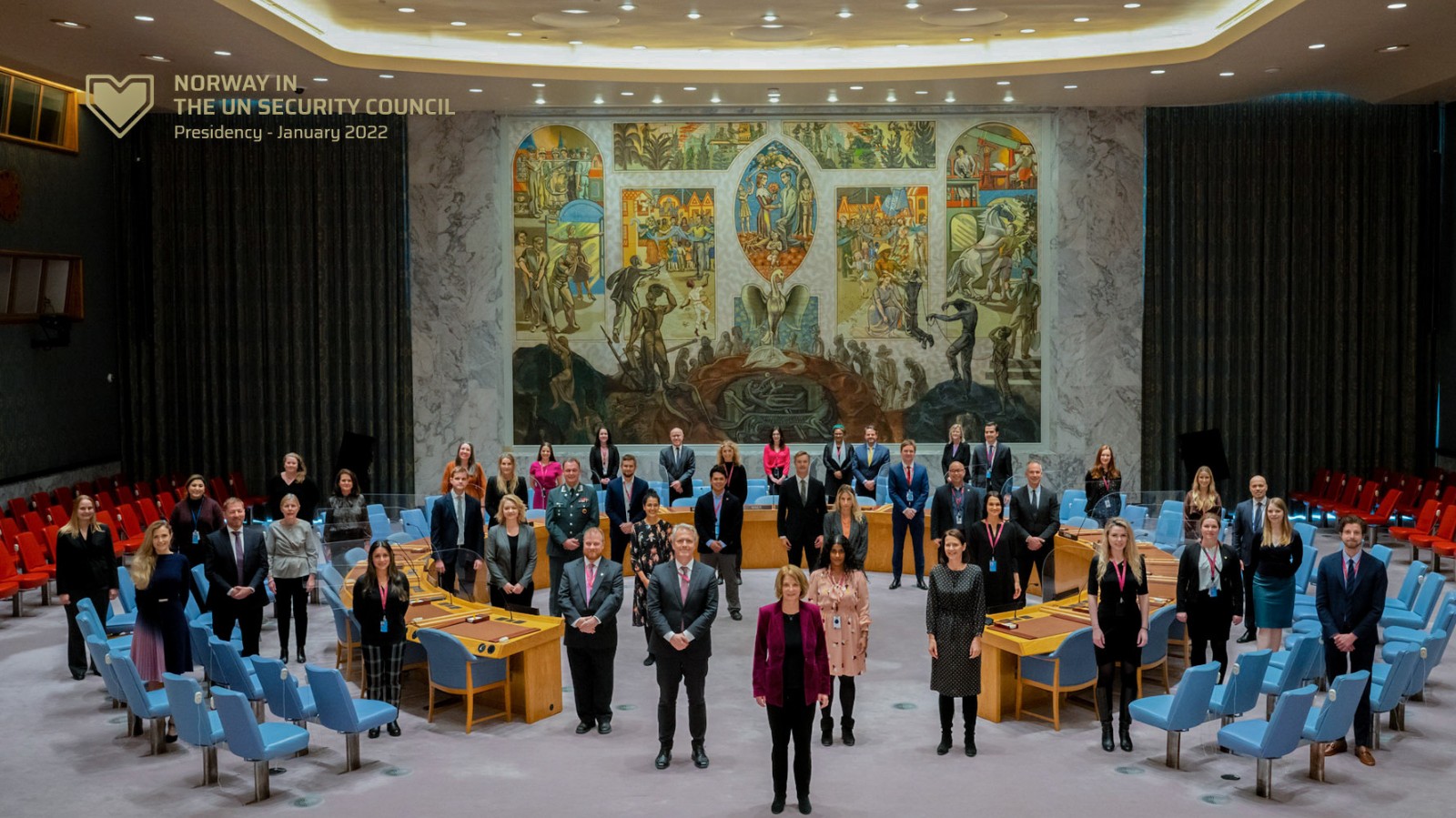 As Norway, with their UN ambassador Mona Juhl at the center, assumes their first term as the presidency of the UN Security Council, she is bringing Norwegian sweet brown cheese to ease tension. (Photo: UN Photo/Mark Garten)

Are the Norwegian government hoping the sweet taste of the Norwegian “brunost” might ease the brewing tension among the global powers? Not really, but still:

– The council members of the UN Security Council will get an exciting taste of our country when Norway now initiates its Presidency Period in the Security Council, writes agricultural and food minister Sandra Borch on the Ministry's website Thursday. 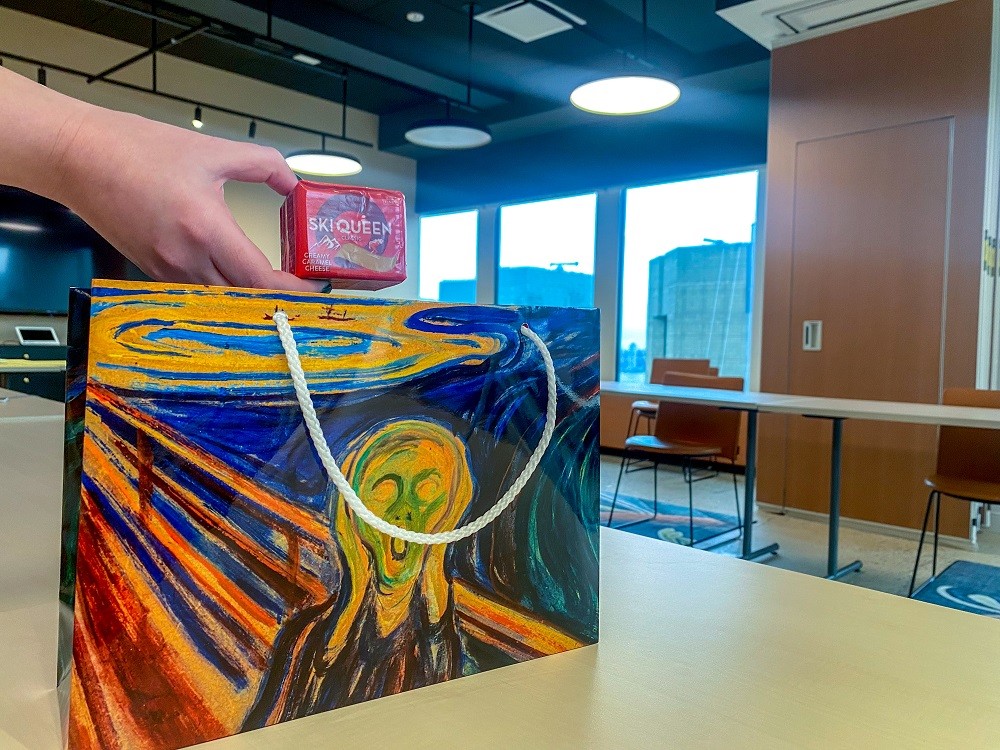 The «Ski Queen» is known to the Norwegians as the «Gubrandsdalsost» meaning “the cheese that comes from Gudbrands Valley” - in the mountain regions of  southern Norway. (Photo: Norwegian UN delegation)

It`s a tradition that the new chair-nation marks the start of its presidency by presenting cultural markers as a symbolic gift to the other member states. Therefore, the national delegations from the member states, among them Kenya, Ireland, India, Russia, the US, and China, each was offered a Norwegian milk chocolate and a block of brown cheese with a traditional cheese slicer as a gift from Norway's delegation.

The fact that Norway chooses to show off the brown cheese as a new export-brand on the international arena is not random. In 2021, the dairy company TINE, that markets the cheese, exported between 700 and 800 tons of brown cheese produced with milk from Norwegian cows and goats. 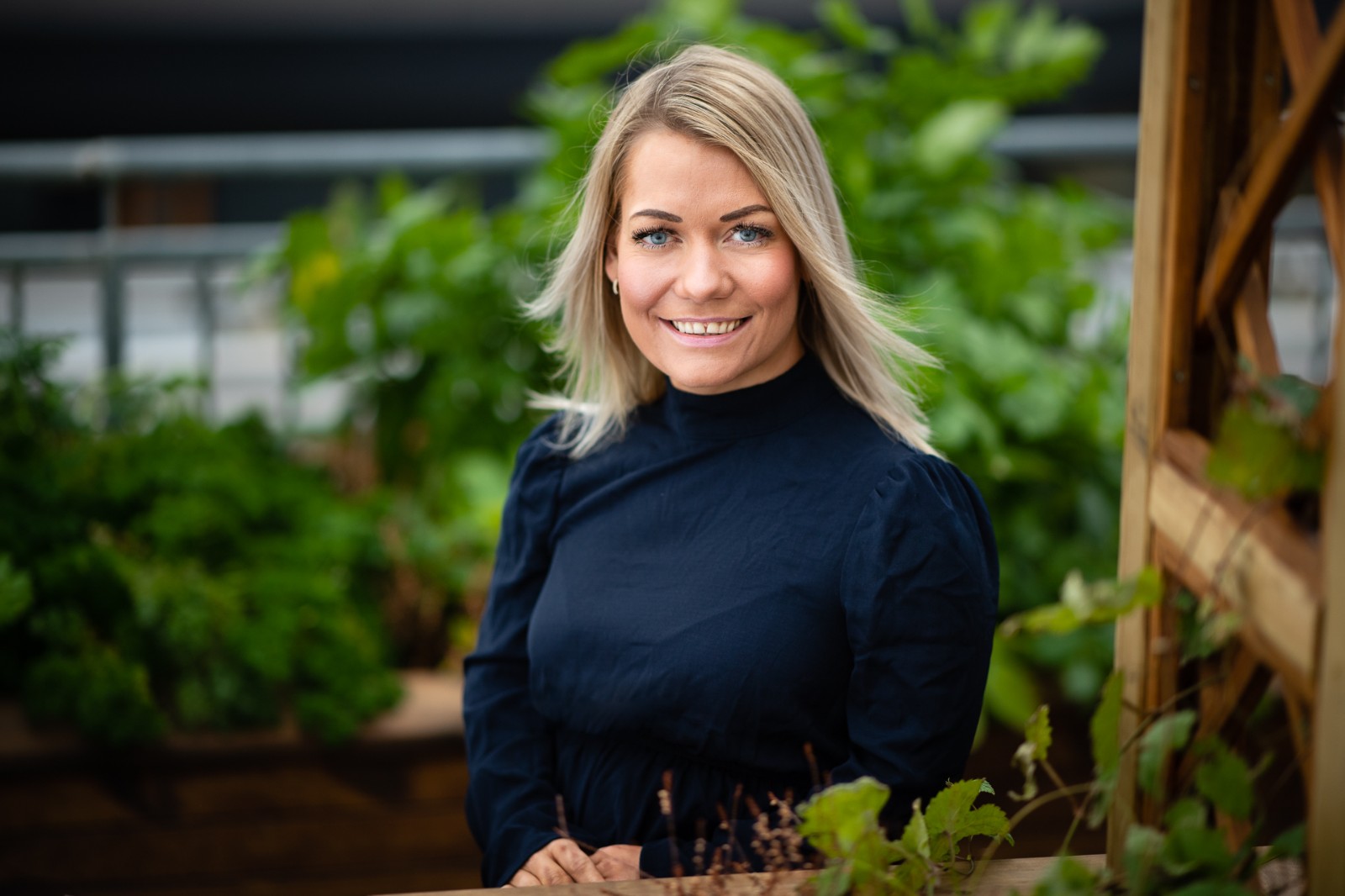 – As Norwegicana as one can get being a cheese

In the last three years, exports of TINE brown cheeses increased by more than 30 percent.

The TINE cooperative dairy hopes the world will love the taste of this hidden cultural treasure - just as Norwegians have done for generations:

– It is incredibly nice that our own traditional brown cheese is part of the gift to the Security Council's member countries from Norway. Made in Norway, with Norwegian cow and goat's milk, this cheese has been an important product for our dairy company since 1863. It is one of the most traditional, and Norwegicana, as one can get being a cheese, says CEO of TINE, Gunnar Hovland. 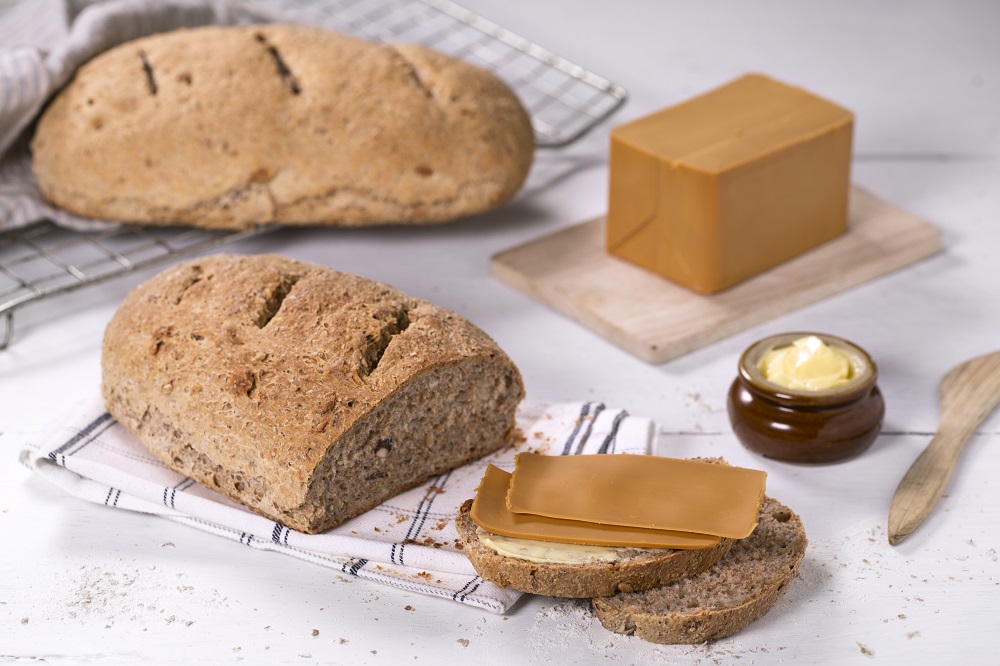 – Most distinctive of all Norwegian cheeses

The caramelized brown cheese saw its first light of day at Solbråsetra mountain farms in the Gudbrands Valley in 1863, invented by a local woman knows as Anne Hov.

In recent years, the brown cheese has gained international attention.

According to agricultural and food minister, the 150-year-old brown cheese is particularly suitable as an international export product representing Norwegian agriculture:

– Norway is on its way of becoming an internationally recognised food producer with great diversity and high quality. The «Ski Queen» is an important part of this diversity and is perhaps the most traditional and distinctive of all Norwegian cheeses, says Sandra Borch. 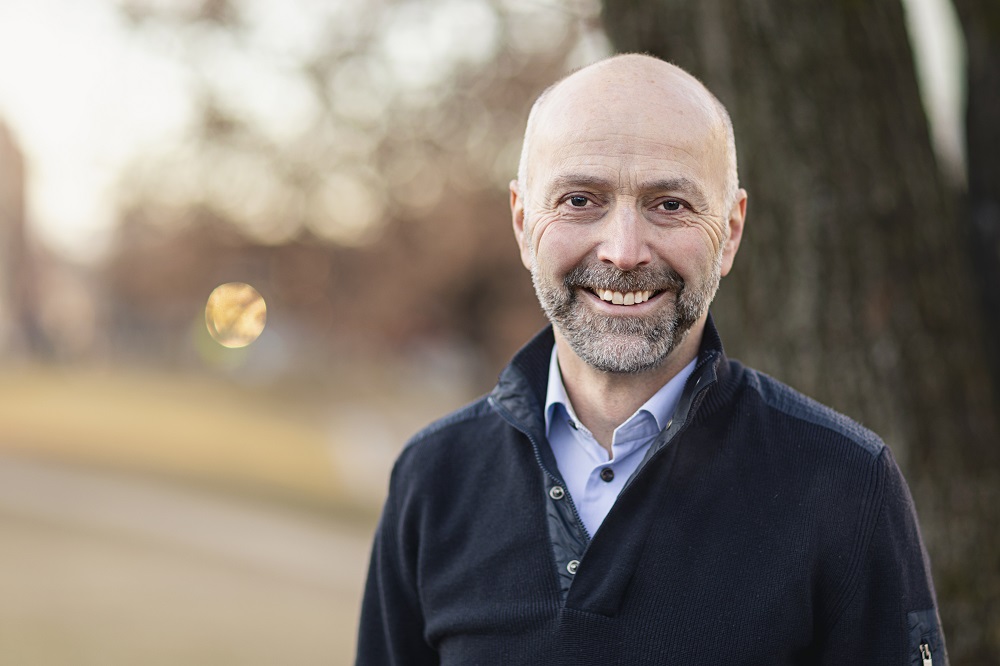 Made by cooperative farms

There are more than 9,000 dairy farmers that own TINE as a cooperative. The dairy has also a social mission: The profit from the dairy products produced by the TINE cooperative are paid back as dividend to their own milk farmers.

In 2021, almost 1.1 billion NOK was paid in dividend to farmers and their families across Norway. In the US - TINE is cooperating with farmers in Ohio to make the famous Jarlsberg cheese, that was recently named among Europe’s tastiest cheeses, by CNN Travel.

– The unique quality, and environmental sustainability of TINE`s dairy production, and the recognition of the socially sustainable outcome for our cooperative farmers, we hope will matter more in future markets, the CEO points out.

– Not just for some

He believes «Ski Queen» will be an important part of TINE's international ambitions to keep growing outside Norwegian borders, potentially providing an important addition to the already internationally recognised Jarlsberg cheese.

– If we manage to succeed internationally with our brown cheeses, local communities across Norway will benefit, especially dairy farmers and their families, concludes Hovland.

His hope is now is that this sweet Norwegian brown cheese will be; - not just for some Norwegians, but for everyone.