Dr. Chiang was born in Heze City, Shandong Province, China to a poor family. Orphaned early, the young Dr. Chiang would prove to be industrious and a keen learner, culminating to his lifetime obsession with industrial machinery and manufacturing technologies. Dr. Chiang founded his “Chen Hsong Machinery Co. Ltd.”, predecessor of the Chen Hsong Group, in 1958 and later, in 1966, developed the first 10oz in-line plastic injection moulding machine in Hong Kong – a remarkable achievement for the industry at the time, which also earned him the fame of “King of Plastic Injection Moulding Machines”. Chen Hsong developed rapidly under Dr. Chiang’s leadership and was eventually listed in the Hong Kong Stock Exchange in 1991 as one of the leading manufacturers of plastic injection moulding machines worldwide.

In addition to being a leading industrialist in Hong Kong, there has also always been a special place in Dr. Chiang’s heart for China. He was among the first group of industrialists to invest into the Mainland, establishing a joint-venture factory for plastic injection moulding machines in Shunde, Guangdong Province, all the way back in 1986 when China’s “Opening Up” movement was just gaining steam. His confidence and insistence in contributing back to his homeland was unheard of in Chinese industrial circles at the time.

Due to humble beginnings, Dr. Chiang himself firmly adheres to the motto that “industry enriches people’s livelihood, leading to prosperity which strengthens the country.” For that, in 1990, he donated his entire shareholding in the Chen Hsong Group to set up the Chiang Chen Industrial Charity Foundation (“Charity Foundation”) – a charity fund with the charter of promoting technical education and training for Chinese industrial talents and industry leaders, as well as to support the development of China’s industrial base. 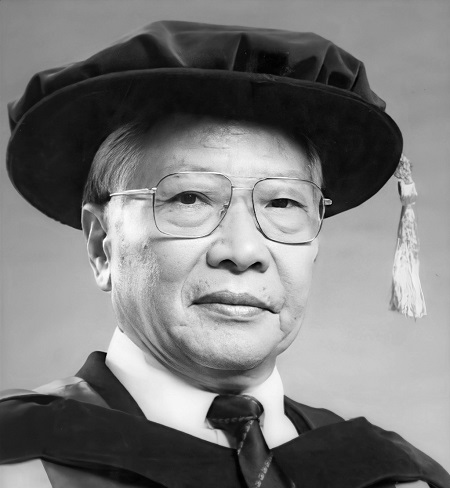 Throughout more than 30 years of its existence, the Charity Foundation regularly held technical training seminars, sponsored scholarships and donated to technical research projects, non-stop and always with low profile. To date, a total sum exceeding HK$400million has been given and the Charity Foundation is now one of the largest charity organizations based in Hong Kong dedicated to the education and development of Chinese industrial manufacturing.

Dr. Chiang will be remembered by society as Hong Kong’s trail-blazing philanthropic industrialist as well as a true master in industrial machinery.