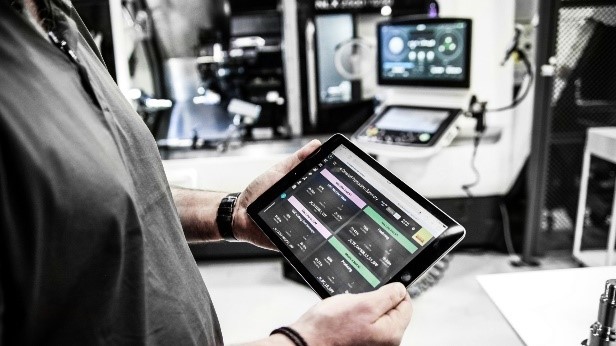 According to Google Trends data, web searches for edge computing have increased by a colossal 473% in the last five years. Clearly, there’s an appetite for understanding the edge — but the technology has yet to be widely deployed in industrial applications. Here, Nevzat Ertan Chief Architect & Global Manager for Digital Machining Architecture at Sandvik Coromant, explains the misconceptions and barriers of edge computing for manufacturers, and argues the case for embracing the edge.

First, let’s start by defining edge computing. Edge computing and edge analytics describe data capture, processing and analysis that take place on a device — on the edge of the process — in real-time. Unlike traditional methods, which typically collate data from several machines at a centralized store, edge computing is a distributed computing that brings a single, or a group of machines computation and data storage closer to the sources of data. This can improve response times and save bandwidth.

In an industrial environment, conducting analytics at an individual device can provide significant cost and resource savings compared to data processing using a purely cloud-based method. For clarity, this cloud-based, method refers to streaming data from multiple devices to one centralized store and conducting data analysis there.

Using the centralised method, huge volumes of data must be collected and transferred to one place before they can be analysed. While there are advantages to having every piece of machinery data in a central hub, it can be painfully difficult to manage. This complexity will be heightened in facilities with a large number of machines, especially if the communication protocols differ on each device. Unfortunately, not all data speaks the same language.

This method can also create a massive glut of operational data — and weeding out insightful knowledge from the monotonous can be a painstaking task. Let’s face it, spotting inaccuracies in the metal cutting process of a large and expensive part is crucial knowledge, but the energy efficiency of a small conveyor at the end of the process, for instance, isn’t quite as valuable.

With edge computing, operators can instead set parameters to decide which data is worth storing — either in the cloud or in an on-site server — and which isn’t.

To be clear though, edge computing is not an alternative cloud-based methods, or an Industrial Internet of Things (IIoT) process in which cloud-based technology an edge computing can work together. These technologies are not competing against each other. In fact, each is making the other’s job easier. The computing environments associated with IIoT take a variety of forms, from an industrial PC (IPC) remote server to a gateway or back-office infrastructure. These tools are essential to support edge computing because they are distributed away from the core, or the cloud. They have the capacity to perform a variety of tasks — particularly tasks that don’t necessitate analytics at the edge.

The benefit of this combined model is that it allows enterprises to have the best of both worlds: reducing latency by making decisions based on edge analytics for some devices, while also collating the data in a centralised source. The model also allows future analysis of data and other processes, and the capturing of data required for regulatory reasons.

As with other industrial innovations, some manufacturers perceive edge computing as daunting, unobtainable or out-of-reach. However, that couldn’t be further from the truth. The primary benefit of edge analytics is its scalability. Pushing analytics to sensors and network devices can significantly reduce the strain on enterprise data management (EDM) and analytics systems. Plus, there’s the opportunity to start small.

Unlike the smart factory concepts hailed in the early 2010s, deploying edge computing does not require an entire systems overhaul or investment in several machines. Instead, manufacturers can opt for just one device that provides analytics at the edge.

For instance, with Sandvik Coromant’s CoroPlus® edge computing offering, intelligent tools and sensors can be deployed on one piece of equipment. This has proven especially beneficial in the boring of large components, for example, where one small mistake can be incredibly costly.

To avoid mistakes, the newly-launched machine integrated version of Sandvik Coromant’s Silent Tools™ Plus, with CoroPlus® Connected, uses data generated at the cutting zone to identify potential problems. Automated cutting actions can then be applied to avoid any costly mistakes.

As with all industrial technologies, security concerns about edge computing are rife. In fact, according to a Kollective report, 66 percent of IT teams view the architecture as a genuine threat to their organization. The primary reason for this concern? Apprehension about edge security.

Naturally, the distributed nature of edge computing does require some changes to security methods — especially if the facility has relied previously on a traditional centralized or cloud-based infrastructure. With edge computing, data instead travels between different distributed nodes, which may require special encryption mechanisms that are independent of the cloud.

On the other hand, processing data at the edge minimizes the transmission of sensitive information to the cloud. Some could argue this is more secure but, in reality, it depends on your security protocols.

That being said, malicious, routing information and Distributed Denial of Service (DDoS) attacks are still possible — as they are with any internet-enabled device. The first and most important step is to seek confidence and reassurance from the manufacturer of your edge device.

At Sandvik Coromant, for instance, we’ve designed a new security principal to give our customers peace of mind. It’s been developed to support the ANSI/ISA-95 standard, an international standard from the International Society of Automation for developing automated interfaces between enterprise and control systems.

Edge computing is widely hailed as a ground-breaking technology for the industrial realm, and wider IT applications. However, there are multiple misconceptions that must be dispelled before edge systems are deployed in industrial settings.

It’s clear that edge computing can provide significant benefits to manufacturers. They include reducing the latency involved in decision making, optimizing cloud-based data collection, and reducing the energy required to consistently stream data from every device in a facility to a centralized hub.

As Google Trends data shows, interest in edge computing is growing. But manufacturers must fully understand its potential before they invest.