WHEN it comes to food, Generation Z have different expectations to generations before, according to new research released by the Australian macadamia industry[i]. Typically aged between 15 and 25, Gen Z consumers have grown up in a time of flux, fluidity and mass disruption and are no strangers to innovation. With a heightened sense of health and environmental awareness, Gen Z’s expectations around food are high but they also demand ‘different’.

‘Different’ is a multi-layered proposition when it comes to Gen Z. Food is a form of social currency for this generation, so it has to look as good as it tastes, with extra points for technical, textural and flavour complexity. They want to mix and match in ways never seen before, as traditional meal times blur and pimped up snacking takes centre stage. They’re also fascinated with global food trends and embracing different perspectives on what a ‘traditional’ dish is.

But while young foodies in China seek out the latest products, ingredients and restaurants to tick off their list, the research found that a big part of what they’re looking for is food that feels good. It’s this expectation that has Gen Z seeking out brands and products they see as a positive choice, as they actively look for greater control and transparency on food and its origins.

In Western markets, a move away from meat and dairy is motivated by the ‘greater good’, and there’s a continued gravitation towards many forms of sustainability including plant-based, mindful meat eating, waste reduction and eco packaging. In the USA, 65% of Gen Z say they want a more ‘plant-forward’ diet, and 44% think being vegan is cooler than smoking[ii]. This year, it was found 42% of Australians said they were eating less meat, or none at all.[iii]

Across the board, Gen Z is rejecting the traditional view that ‘healthy’ food must be bland and boring.  These consumers are prepared to pay a premium for healthy products that taste good. And while they’re focused on fuelling their bodies with protein, healthy fats and anti-oxidants, for Gen Z, it’s more than just physical – they are highly aware of maintaining good mental wellbeing too.

The macadamia’s inherent versatility makes it a highly relevant ingredient in the Gen Z space, striking the balance of health, convenience, luxury, uniqueness and sustainability that younger consumers are seeking. To meet these demands, consumers are looking to include more plant-based products and the plant-based industry in Asia-Pacific is set to grow at a faster rate than other regions. Globally, the plant-based protein market was valued at 16.45 billion in 2018 and is expected to more than double by 2025, reaching a total of $40.53 billion.[iv] 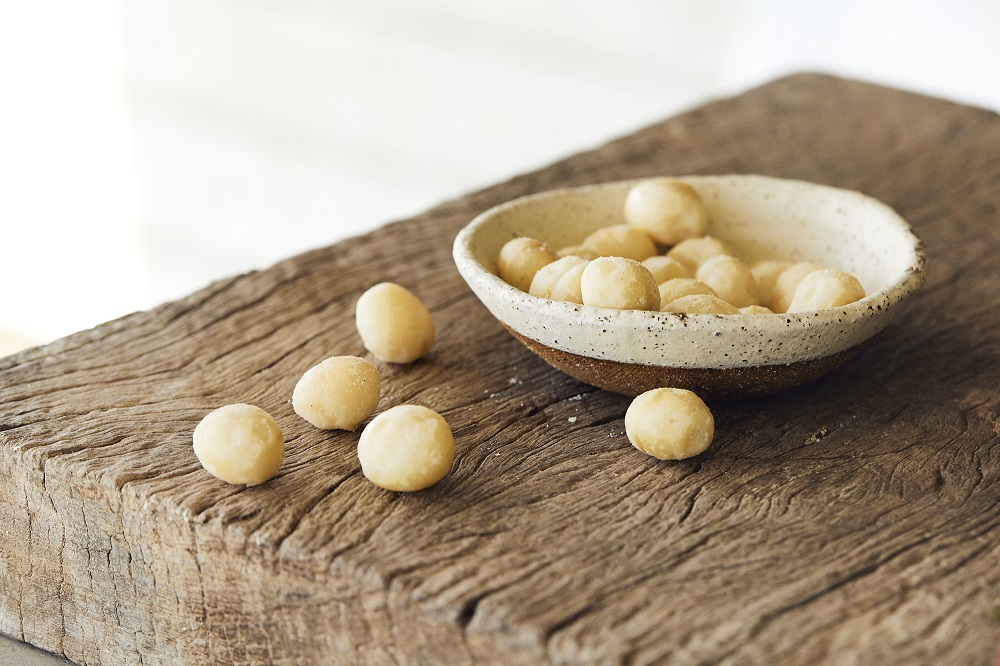 Cracking Gen Z: what this means for food brands

When you’re a food brand trying to appeal to a whole new generation that is arguably the most conscious cohort of consumers we’ve ever seen, what’s the secret sauce? According to Jim Richards, CEO of plant-based milk specialists milkadamia, the key is creating products that match the way consumers are identifying themselves.

“What we are currently seeing is a younger generation consumed by eco-concern,” says Richards. “These people want ingredients and products that are part of the solution, not the problem.”

While he says innovation is important, it’s often the means to the end, rather than the end goal in and of itself. “They’re not looking for innovation per se, but they’re excited by products that are relevant to their lives and pertinent to what matters to them. Innovation is often needed in order to deliver that.”

Milkadamia is a range of 10 macadamia milks and creamers. Late last year it added a plant-based butter to its line-up, made from a macadamia oil blend. The brand and its products are well positioned to deliver to the feel-good food demands of Gen Z.

“Today’s consumers are looking for wellness, but the lens through which wellness is viewed has changed. It used to just mean good nutrition, but now, especially to younger generations, it’s so much bigger than that. Consumers want to be vital, energetic and well. But they also recognise that they can’t be well if everything around them isn’t well,” he says.

The milkadamia brand talks as much about its eco and regenerative macadamia farming credentials as it does about taste and nutrition, because consumers expect the full package more than ever before, says Richards.

The milkadamia team has worked long and hard to perfect the taste of its products knowing that consumers will no longer compromise flavour for health. “Our product tastes great and that’s because we use raw macadamias, not roasted,” he shares. “The result is a product that aligns more closely with the creaminess of traditional dairy milk, which makes it a much easier transition for consumers going plant-based.”

Plant-based eating in Asia versus the west

The feel good food trend is occurring among Gen Z consumers in Asian and western markets, albeit fuelled by slightly different motivations. But when it comes to plant-based eating, and specifically macadamia milk, they’re at different stages of market maturity.

Milkadamia has been a runaway success in the US where plant-based milks including macadamia are familiar and popular among consumers. While Asian markets are further behind, Richards believes the conditions are perfect for entry into several Asian markets, particularly China, South Korea and Japan.

“Asian consumers are behind in the plant-based journey, but they’re not behind in enjoying premium products, and macadamia products like ours have that. A lot of younger Chinese consumers are premium purchasers, so we believe a product like milkadamia will hold strong appeal for these consumers.”

Richards revealed his team is working on some new macadamia beverage products, likely to be in a ready-to-drink format.

[iii] All you need to know about plant-based protein, September 2020