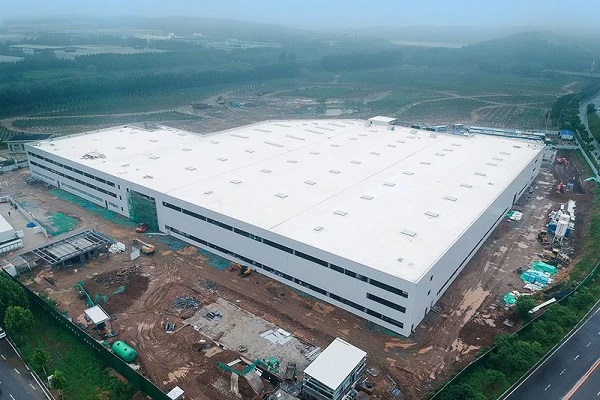 The challenges posed by the transformation in drive technology from combustion engines to electric motors and the highly dynamic nature of global markets require the GROB Group not only to constantly develop new technical solutions, but also to make additional investments in land and buildings. The GROB Group continues to grow so that the latest technologies can also be offered locally and the various markets can be served in the best possible way.

By building its sixth production plant near Bangalore in South India, GROB pursues the goal of further expanding the universal machining center market and After Sales Service in India. On May 04, 2022, Mr. Naidu, Managing Director GROB Machine Tools India, laid the foundation for this six million investment project, which will initially offer 300 jobs on an area of 4,675 square meters. The first turnkey projects and retrofits are planned to be realized in India as early as next year. Once completed, the new plant will replace the current GROB India subsidiary in Hyderabad.

The positive development of orders in the field of electromobility required the construction of the new 16,200 square meter assembly hall 14A at the Mindelheim main plant.

In the future, systems for electromobility will be assembled here. Following the start of planning at the end of last year, construction of the new hall started as early as the beginning of 2022. After the topping-out ceremony, which was celebrated on June 03, Assembly will move in next August and Logistics and Shipping in September.

The second GROB plant in China, which is currently being built right next to the existing plant in Dalian, is another active construction project of the GROB Group. The foundation stone of the approximately 25 thousand square meter plant was already laid on October 25, 2021. The start of production is scheduled for September this year and up to 300 new jobs will be created here.