COMPRISING 28.7% of the world population, the Muslim consumer is a rapidly growing segment and major food players are beginning to take notice of the booming halal food sector. In 2019, Japanese seasoning company Ajinomoto invested USD85 million to build a halal production line in Malaysia, targetted to open this year. The same year, the local branch of Japanese company Sanichi Technology financed a USD300 million halal gelatin plant and industrial park in Malaysia, which will serve as the first of its kind in the region.

Developments in the halal food industry mark the beginning of a potentially huge market, fuelled by a large, fast-growing and young Muslim population across Asia Pacific, Middle East and Africa (APMEA) who are looking for products and services aligned with their Islamic way of life. From 2018 to 2020, global product launches with halal claims jumped by 19%, from 16,936 products to 20,482. Sixty-three percent of these came from Asia, followed by Africa and the Middle East. Malaysia retains its top spot in the overall Global Islamic Economy Indicator (GIEI) for the eighth year. Saudi Arabia, United Arab Emirates, Indonesia and Jordan round out the top five nations. 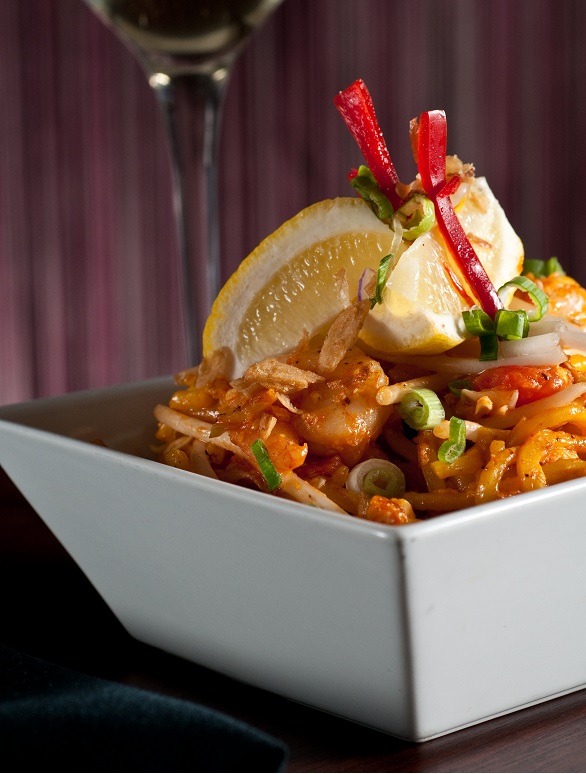 Because of the stringent regulations in attaining halal certification, halal cuisine has evolved from being a religious dietary choice to an assurance of safe, healthy, hygienic and reliable food.

Halal means permitted, allowed, authorised, or lawful according to Islamic Sharia Law, and halal food refers to food that adheres to this law. By contrast, haram means forbidden or unlawful, and haram foods are not to be consumed. Attaining halal certification is not only about using halal raw materials or products and Islamic slaughter methods. The halal assurance system is an integrated management system that encompasses all processes including product development, purchasing, production, quality control and warehousing.

A 2021 halal food lifestyle study conducted by Mastercard-CrescentRating in Singapore revealed that Muslim consumers in the country have the greatest trust of halal assurance in establishments that have halal certification, a Muslim-friendly rating, the halal logo in Arabic or indications of ingredients suitable for Muslims.

To meet market needs and further strengthen consumer trust in halal products, countries in the region are adjusting their Islamic economy strategies.

In October 2021, Pakistan, the country with the second largest Muslim population in the world, approved new mandates for the Pakistan Halal Authority to promote halal products locally and internationally as a move to enter the global halal market.

Indonesia — which has the largest Muslim population in the world at 207 million people — introduced the Halal Product Law in 2019. Under this law, all consumer products and related services that enter and are traded in the country must be halal-certified. Some businesses have until this year to comply, and there are also exceptions to the law, such as the allowance of haram products including alcohol, pork or pork by-products, blood and meat not slaughtered according to Islamic method.

Likewise in Saudi Arabia, the kingdom extended its mandatory halal certification in 2019 to also cover imported chilled and frozen foods, confectionery, long shelf-life products, milk and other dairy products and oils and fats.

Even countries outside of the Organization of Islamic Cooperation (OIC) are picking up on the trend, with Singapore, the Philippines and South Korea setting up agreements with OIC countries to explore various partnerships on the import and export of halal products and related services. In the UK, M&S Food launched its own range of Western cuisine halal ready-meals.

COVID-19 disrupted the halal food supply chain, but it also led to growing urgency for countries to be self-sufficient, develop local and regional production which can address food security and supply chain concerns, and encourage growth and innovation in the local halal food industry.

Then, there is the rapid digital transformation brought on by Muslim consumers looking for healthy, flavourful and convenient meals that can be delivered. Grocery e-commerce and home deliveries spiked, opening up avenues in halal food and grocery delivery, including halal cloud or ghost kitchens. Jumping on this opportunity is Dubai-based cloud-kitchen platform Kitopi. The company raised USD60 million in Series B funding in February 2020 and USD415 million in Series C funding in July of 2021 to help the company expand further in the Middle East and enter the Southeast Asian market.

While halal ready-to-eat and ready-to-cook meals experienced a boom amidst the pandemic, there is much room for growth when it comes to offering new products and variety within each category. Currently, majority of new product launches with halal claims are from sweet, biscuits and cookies, followed by seasoning and poultry.

Alcohol-free drinks, which recorded a global 32% increase in new product development from 2018 to 2019, is another area of opportunity. In APMEA, the low- or no-alcohol beverage market has a projected growth rate of 7% from 2019 to 2025. The trend in the region is driven by health and government regulations, and growth is primarily seen in beer, with the non-alcohol beer market expected to increase by 18.9% between 2014 and 2024.

Adding the natural taste of botanicals—without the presence of alcohol—has long been a challenge for beverage brands. Ethanol has traditionally been used in combination with water for botanical extraction, and although it is removed via distillation later, around 0.5% ethanol remains in the final extract.

However, there are new technological advancements that allow for the use of only water and vinegar as solvents, these have great solubility and 0% ethanol, making them suitable for inclusion in products with halal and kosher certification. Using vinegar as a solvent creates a clean label without preservatives and is a cost-effective method to bring out very intense aromatic profiles.

Botanical sources of flavour have great potential with more yet to be explored and these innovations will help brands break the perception that alcohol-free beverages lack taste.

Because of the stringent regulations in attaining halal certification, halal cuisine has evolved from being a religious dietary choice to an assurance of safe, healthy, hygienic and reliable food. Research studies show that non-Muslims have a positive perception of halal food products and demonstrate intentions to buy them as they know halal food is appropriately processed.

These market studies and sentiments are further reflected on-ground. Consumers polled in the 2020/2021 State of the Global Islamic Economy Report by DinarStandard indicated that their non-Muslim friends have a positive view of halal food and often perceive it as being more hygienic and healthier.

Seven sectors make up the Islamic economy — Islamic finance, halal food, modest fashion, media and recreation, Muslim-friendly travel, pharmaceutical and cosmetics. Of this, halal food is the second largest sector with a USD1.17 trillion spend by Muslim consumers in 2019. And despite a turbulent year, the halal food sector was the least affected by COVID-19, with just an estimate 0.2% dip from 2019 to 2020. The move to adopt uniform halal standards across OIC countries will allow them the opportunity to raise the standard of halal food and further strengthen the perception and market share of halal products in the global food trade.