With birthrates in Japan continuing to decline, the country has resorted to innovative ways of addressing the shortage of labor. One approach, workplace automation, has led to more humans working in close proximity to robots.

Robots have of course been deployed in manufacturing for many years. Many of us can picture vehicle assembly lines with robot arms seemingly performing most of the tasks with barely a human in sight. In most of these environments, robots and people are strictly segregated by safety fences.

But as robots have become cheaper and more sophisticated, they are increasingly being deployed in working environments where humans and robots work in closer proximity, or even interact. 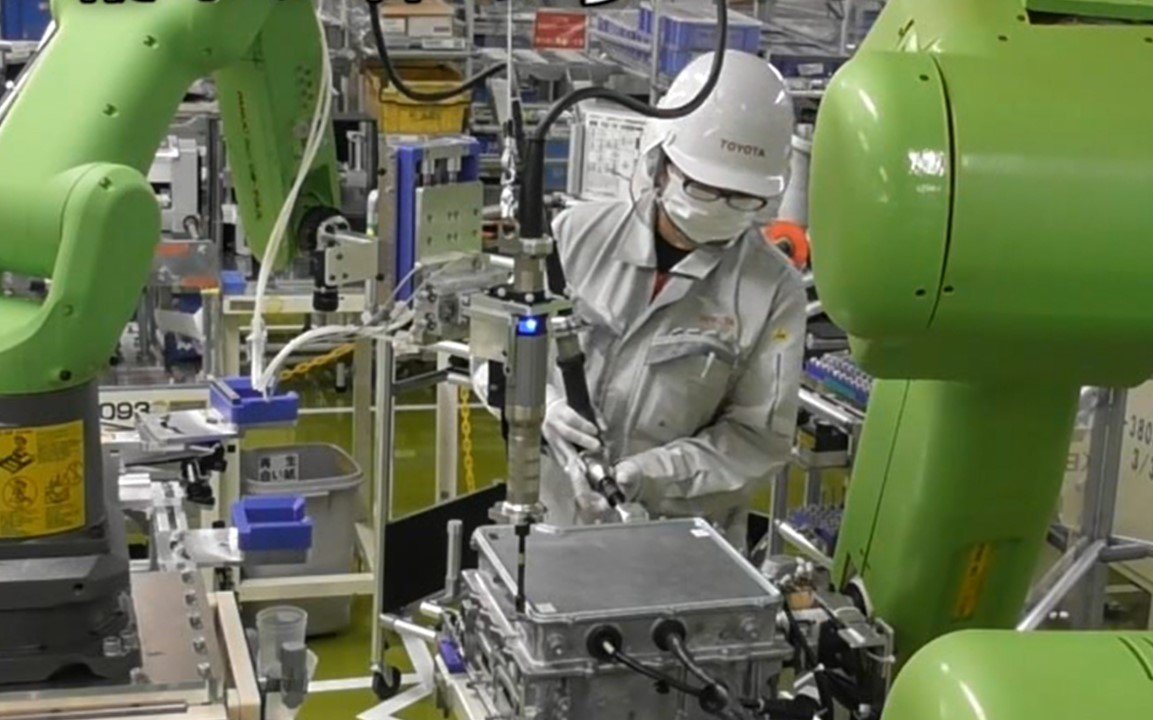 This is particularly the case in situations involving delicate collaborative processes that are difficult to automate fully, where work needs to be shared between humans and robots. That in turn has increased the risk of accidental injuries, in particular to operators' hands and fingers.

As such, there has been increased focus on the need to ensure safer human-robot interaction at workplaces. Panasonic's earliest innovations in this area were aimed at smoothing the interaction between humans and the tools and other devices they use at home. This resulted in more ergonomic designs of power tools and hand-held consumer devices like shavers, for example.

In 2005, Panasonic began its efforts to develop technologies to assess human safety in various scenarios, and in 2008 produced a device that helped improve the safety of larger fixtures and prevent injuries such as trapped fingers in folding or sliding doors. More recently the company has been active developing robots for deployment in the field of nursing care, including machines that provide walking support for those with limited mobility.

In 2018 Panasonic commenced collaboration with Toyota, Japan's leading auto manufacturer. The two companies focused on developing solutions that would make human interaction with robots safer in the workplace and help ensure that the efficiencies of robot deployment would not be compromised by increases in injury rates. Panasonic contributed its proprietary human-safety evaluation technology, while Toyota shared its extensive knowledge and experience in automated manufacturing.

Toyota drew up a list of needs and requirements for potential new solutions, and Panasonic incorporated these into its design of an initial prototype product that would allow the risks of potential injuries resulting from human-machine collaboration to be assessed and visualized. The design specs were provided to Tanac, a Japanese firm active in the development of new materials and technologies for use in the field of medical treatments and healthcare. Tanac manufactured the resulting product. 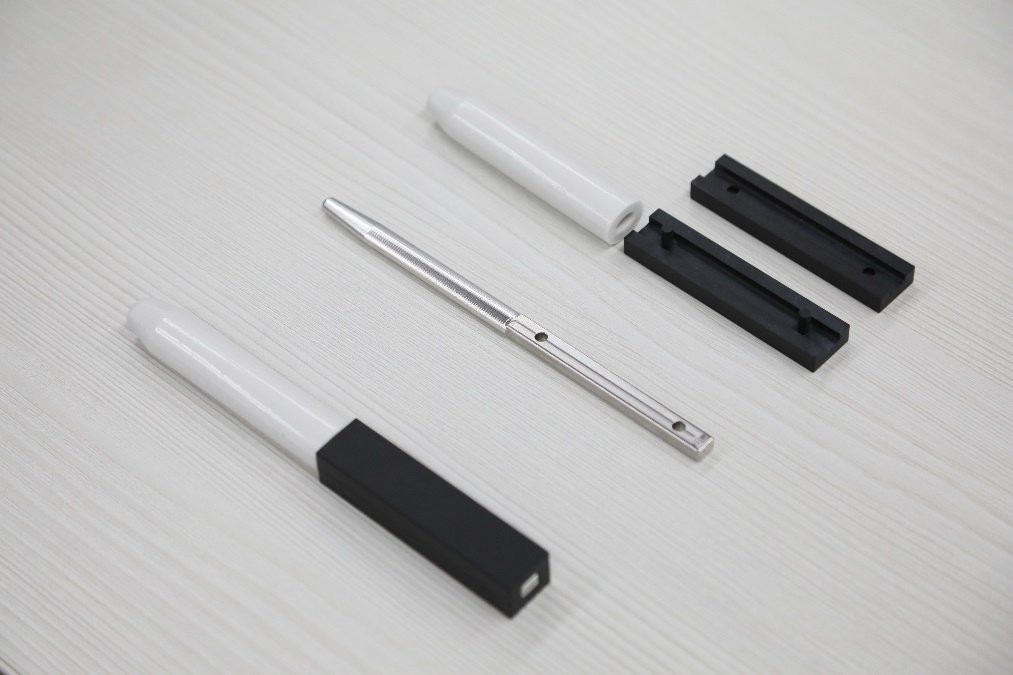 An image of the device that assesses the risk of injuries

The device consists of a core rod portion that corresponds to the human finger bone enclosed in a soft proprietary silicon-based material designed to replicate the properties of human flesh. By inserting and moving the dummy in and around the parts of the robots or machinery most likely to come into contact with humans while each are performing their designated tasks, operators can assess the risk of potential injuries. 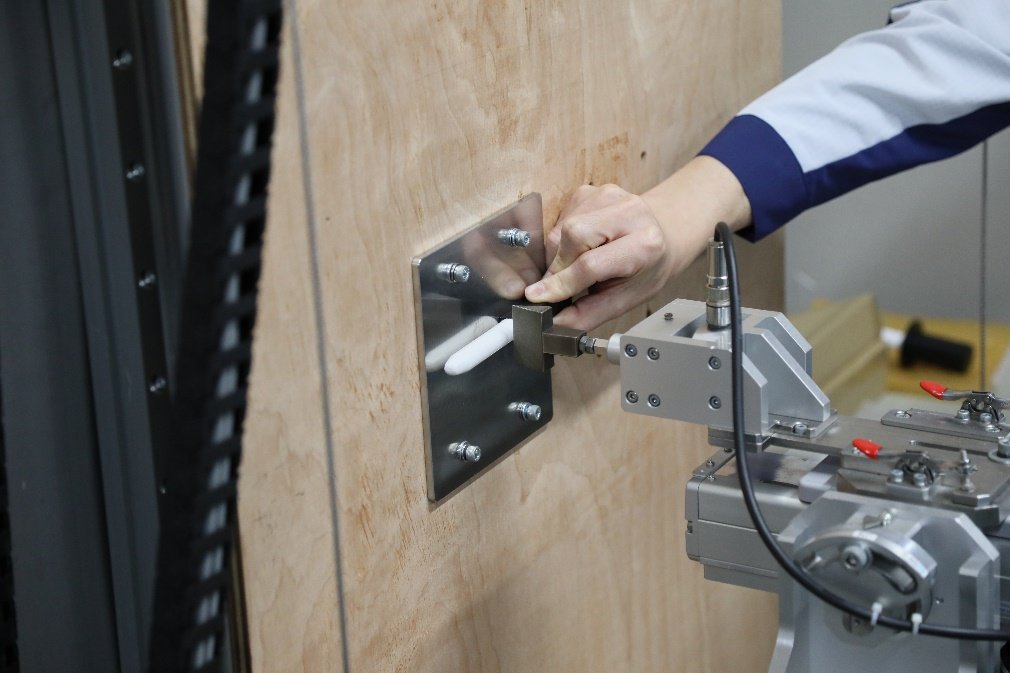 Assessing the degree of injury to a human finger

The newly-launched device is already attracting the attention of leading manufacturers, and as people and robots come into increasing contact at workplaces around the world and the risks of injury increase, demand for this innovative solution is likely to be high.

There are currently no laws or safety standards in Japan or other countries requiring this kind of potential injury evaluation, but Panasonic and Toyota are considering to propose the formulation of ISO standards that would encourage their adoption.

In the meantime, Panasonic will continue its efforts to ensure that increasingly automated workplaces are safe for those working alongside - and sometimes literally hand-in-hand with - robots and other machinery.