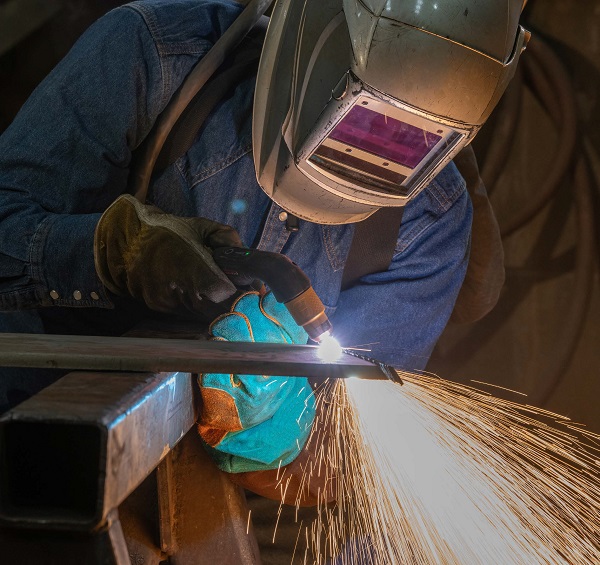 All over the world manufacturers struggle to find skilled operators for open positions. Even experienced operators can have difficulty with identifying consumables and assembly. Not to forget, errors in system setup can be costly and reduce productivity.

International Metalworking News for Asia recently attended Hypertherm's virtual press event to witness the unveiling of its brand-new generation of air plasma systems — Powermax SYNCTM air plasma cutting and gouging systems in Asia and Oceania. Hypertherm executives. Mr. Israel Gonzalez, Director for Distribution Sales in Asia, Mr. Wagner Turri, Director for OEM Sales in Asia, and Mr. Lester Lee, Marketing Program Manager for Asia, explained the journey to SYNC and the development of Powermax technology. There was also a live cutting demo, which boasted Powermax SYNC’s features and a Q&A at the end. Here's what we learned. 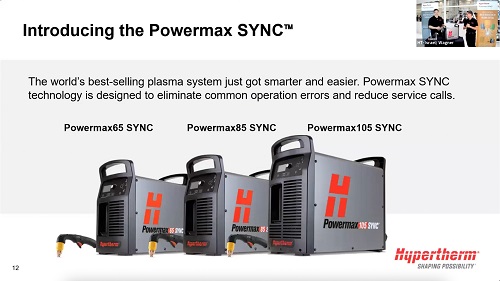 The new Powermax technology was developed to answer the challenges customers face, the high cost of production delays and setup errors to a manufacturer, and what consumables to change and when.

Israel Gonzalez said, "It took us nearly 20,000 hours to develop the new Powermax SYNC air plasma systems. We're not bringing this into the market to satisfy our engineering pride. Customers were telling us how difficult it is to constantly train people to manage the changing of consumable stacks. With 5 different amperage options (30, 45, 65, 85, and 105 amps) for 5 separate applications, operators have to deal with up to 25 part numbers daily. In essence, the traditional consumable stack-up requires you to have a very skilled team of operators that perform consistently across time. Otherwise, your product quality won't be consistent and rework becomes a constant, which translates to extra costs and delays — all because of a bottleneck in the cutting operations."

The new Powermax SYNC technology is designed to eliminate common operation errors and reduce service calls. Israel added, "Hypertherm is first in the industry to innovate something like that. We believe it's going to bring the benefits of easy set-up and lower operation costs. It will give our customer a chance to say 'yes' to offering a new product — which may involve new engineering and features, but won't require more training because the machine is going be ready to start in one go. It eliminates common operator errors and reduces expensive rework. Powermax SYNC is a game changer for the industry." 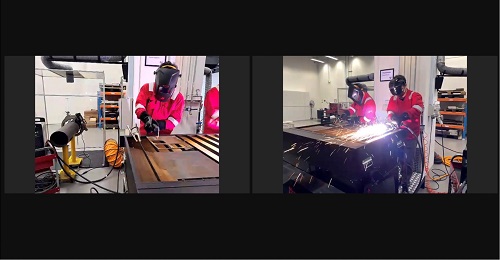 Consumables are the parts in the torch that wear out over time; they are slowly damaged by heat or by contact with the plasma arc. The Powermax SYNC and its SmartSYNC torch replaces the traditional five-piece consumable stack-up with an easy-to-identify single-piece cartridge consumable that is colour coded by process to eliminate confusion and simplify consumable inventory management.

Lester Lee, Marketing Program Manager, explained, "There are many factors that affect the consumable life. Prior to this launch, we ran extensive tests with some customers and observed that the cartridge for Powermax SYNC systems can last up to twice as long. Simply because the Hypertherm cartridge for Powermax systems is manufactured as a single piece to ensure that all parts are perfectly aligned and optimised for the best possible performance. With this, the cartridge will deliver cleaner cuts when compared with traditional consumables. It can even track data, such as start and arc-on time, in order to identify trends, enhance the efficiency of cutting processes, and to improve end-of-life detection."

The technology embedded in each cartridge automatically sets the correct amperage, air pressure, and operating mode and displays a prompt when a new cartridge is needed. Additionally, controls on the SmartSYNC torch allow operators to adjust the amperage and change the cartridge without returning to the power supply.

Hypertherm dedicates more resources to industrial cutting research, development, and testing than any other manufacturer in the world. Its engineers are always reshaping people's perceptions of plasma. Every year, the company introduces patented new technologies to improve performance and extend consumable life.

Wagner Turri, Director for OEM Sales in Asia, remarked, "Hypertherm is a pioneer in industry innovation. While we respect and acknowledge our competitors, we've always taken a leadership role within the market, and innovation remains a cornerstone of our business."