Despite the impressive in-house production, a large part of the annual US machinery demand is imported from abroad due to the high consumption. About one-fifth of imported machines come from Germany. With a market volume of 9.3 billion euros, the US machine tool market is the second largest in the world. In 2021, the German machine tool industry exported machinery (including parts and services) worth €972 million (up 12 percent year-on-year) to the United States. The country thus represents the most important sales market after China. The USA accounts for 12.1 percent of all German exports. In 2020, the figure was still 12.5 percent.

US machine tool export volume in 2021 was approximately 2.44 billion euros (up 21 percent from the previous year). This meant that almost 40 percent of domestic production was destined for sale to foreign countries. The export share for forming machine tools was 46 percent, or 44 million euros, significantly larger than for metal-cutting machines at 19 percent, or 108 million euros.

Major part of demand is imported

In 2021, machine tools (including parts and services) worth 5.39 billion euros (up 11 percent from the previous year) were imported. Thus, a large part of the U.S. demand for machine tools was met by imports from abroad. The German share of all US imports was approximately 18 percent in 2021. The total volume of the US machine tool market in 2021 was almost 9.3 billion euros, 26 percent higher than in the crisis year of 2020. Cutting and ablative machines accounted for 7.0 billion euros, almost 76 percent of the total. In terms of individual machine groups, the market for machining centers (2.09 billion euros) was the largest, followed by lathes (1.06 billion euros) and laser machines (816 million euros). 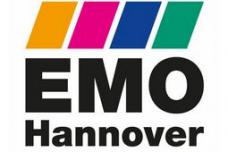