NatureWorks, the world’s leading manufacturer of low-carbon PLA biopolymers made from renewable resources, announced the completion of key milestones in their global manufacturing expansion plan for a new fully integrated Ingeo️ PLA production facility that is anticipated to open in Thailand by 2024, subject to shareholder approval. When fully operational the new plant will have an annual capacity of 75,000 tons of Ingeo biopolymer and will produce the full portfolio of Ingeo grades.

Last week the Thailand Board of Investment announced its approval of the NatureWorks manufacturing project that will be located at the Nakhon Sawan Biocomplex (NBC) in Nakhon Sawan province. The NBC is the first biocomplex project in Thailand established in accordance with the government's bioeconomy policy. 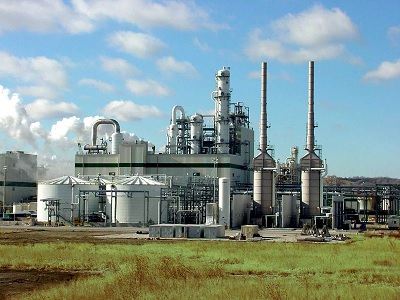 “We are pleased to share these significant accomplishments as part of our next phase for global manufacturing expansion,” said Rich Altice, President and CEO of NatureWorks. “The approval and support from the Thailand Board of Investment was a critical milestone on our path toward opening our new facility in Thailand. With both the recently announced capacity expansion at our facility in Blair, Nebraska and this new manufacturing complex, we can further address theglobal market demand for sustainable materials and continue leading the development of high-performance applications that capitalize on Ingeo’s unique material properties.”

The new manufacturing complex will include production for lactic acid, lactide, and polymer making it the world’s first polylactide facility designed to be fully integrated. NatureWorks will build and operate all three facilities, having both process and energy integration to increase efficiency of the manufacturing operation dedicated to Ingeo biopolymer production.

In 2002, NatureWorks became the first company to produce PLA biopolymers at commercial scale. In 2013, NatureWorks expanded its flagship Blair, NE facility to an annual total capacity of 150,000 metric tons, making it the largest PLA manufacturing plant in the world. NatureWorks also completed a portfolio of enhancements to the Blair site enabling the plant to establish a new record production level in 2019.