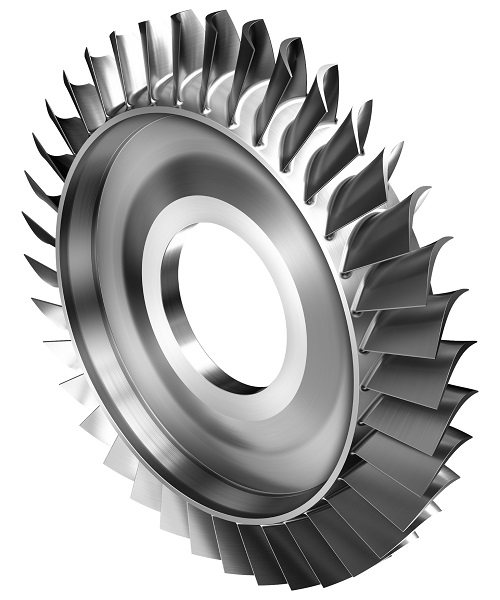 "Good design is, for people and the planet, an increasingly critical focus," according to the UK Government’s UK Innovation Strategy. That includes in aerospace, where tomorrow's aircraft will be required to fly more sustainably and support net zero objectives around the world. Here, Steve Weston, Industry and Tech Centre Manager — Aerospace at Sandvik Coromant, explains why optimized tools and process knowledge will be crucial to sustainability and innovation in aerospace, especially when working with increasingly difficult-to-machine materials.

Tomorrow's sustainable aircraft will rely increasingly on next generation powder-based heat resistant super alloys (HRSAs) and advanced ceramic matrix composites (CMCs), as they can withstand high temperatures for more efficient fuel burn and low emissions. However, these materials are required to be heat resistant, creep resistant and keep good material properties under extreme temperatures. This presents challenges at the machining stage.

The UK Innovation Strategy report says that new technologies and processes will be key to manufacturing and machining these advanced materials at scale. Collaboration within the industry will also be essential, which is already being demonstrated at the Advanced Manufacturing Research Centre (AMRC) in Sheffield, UK.

Sandvik Coromant was one of the original members to join the AMRC when it was founded in 2000, along with Boeing and Messier Dowty (today Safran Landing Systems). They were later joined by the likes of British Aerospace, Rolls-Royce, GKN Aerospace and Airbus and, today, the AMRC has approximately 118 members in total. Most of the centre’s projects are collaborative by nature, funded and selected by all members, and the AMRC now employs over 500 highly qualified researchers and engineers from around the globe. All are devoted to multi-million-pound projects that can support a strong, pro-innovation economy.

For aerospace, if we’re talking about sustainability then new technologies and processes should focus on the ability to combust new fuel types, like sustainable aircraft fuel and liquid hydrogen, to create lower emissions. As always, the ability to run hotter means there is a more efficient fuel burn. If we couple this with higher compression ratios, which most new and future engines can support, then the result is greater efficiency. That means less fuel is combusted with increased power and reduced noise. 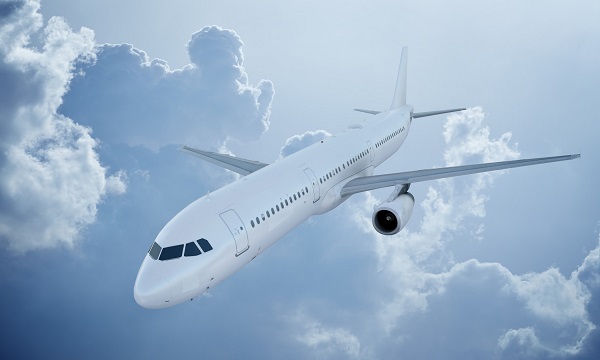 New technologies and processes are especially prevalent in manufacturing mid-sized, single aisled planes like the Airbus A321.

With aero engines, the core of the engine is relatively small and the fan on the front is relatively large. So, a limiting factor is how fast you can rotate the fan. To remedy this, over the last five-to-ten years, gearboxes have been introduced between the fan and the core of the engine. They enable the fan to run more slowly while the engine core runs faster for high compression and better fuel efficiency.

However, HRSA components are needed to make this work. Such materials are metallurgically-composed to retain their properties when exposed to extreme temperatures. But this also means the stresses generated when machining these materials are high. The unique capability of these nickel, iron and cobalt-based super alloys to perform close to their melting point also gives them generally-poor machinability.

One part that is increasingly-used in aerospace is the blisk, a component that comprises both a rotor disk and blades. Unlike traditional disks, which have slots in the outside diameter that blades fit into, blisks combine the disk and blades into a single component and are lighter than conventional disks with blades. This decreases the number of components in the compressor while, at the same time, decreasing drag and increasing the efficiency of air compression in the engine by around 8%.

Blisks are generally located on the cold compressor side of aircraft engines and are usually made of titanium in the first instance, then migrating to HRSA materials when they are closer to the combustion chamber. Machining these components effectively, and to the highest standards, requires optimized tools and process knowledge relevant to these advanced materials.

That’s why Sandvik Coromant’s internal project areas focus so strongly on a variety of key aero engine components and features. They include disks, blisks, shafts and casings among others. In particular, we’re seeing an increased use of blisks in today’s gas turbine engines and expect this trend to continue, as the last ounces of potential power and fuel efficiency are extracted from current engine architectures.

However, blisks present unique machining challenges because they are often made from HRSAs. The components demand tight dimensional and geometrical tolerances, while maintaining high standards of surface integrity and surface finish.

In response to these machining challenges, Sandvik Coromant offers a number of tooling solutions to support cost-effective, high-quality machining of aero engine components. One such method — that Sandvik Coromant recommends — is high feed side milling. The technique involves a small radial engagement with the workpiece, which allows increased cutting speeds and feed rates and axial cutting depths with decreased heat, chip thickness and radial forces.

To support this method, Sandvik Coromant has developed the CoroMill® Plura HFS high feed side milling range. The range features a series of end mills with unique geometries and grades, and is made up of two end mill families. One family is optimized for titanium alloys, the other for nickel alloys. Chip evacuation and heat are specific challenges when machining titanium, so the first family presents a solid version of the tool for normal chip evacuation conditions. The second family features internal coolant and a new cooling booster for optimum swarf and temperature control.

A customer trial was performed to test a 12 mm diameter CoroMill® Plura HFS end mill against a same-sized competing tool. This trial involved machining a low-pressure turbine (LPT) case made from aged Waspaloy 420 nickel-based alloy, using a horizontal machining centre with an increased axial depth-of-cut and reduced radial depth-of-cut. The outcome was that metal removal rates were increased substantially with CoroMill® Plura, leading to an impressive 198% productivity increase for the customer. The solution has also been applied to blisks as well as turbine disks and casings, machining blades and weight reduction scallops.

Other solutions in Sandvik Coromant’s portfolio include its next generation turning grades, in both carbide and polycrystalline cubic boron nitride (PCBN), which are designed for the high-speed finish turning of components made from ISO S materials. The grades are, in turn, complemented by next-generation ceramic rough turning grades designed for class-leading performance. The latest finishing grades are being tested and optimized by Sandvik Coromant to deliver consistent surface integrity that’s demanded by aerospace engine manufacturers, while also producing components consistently to tight tolerances.

As outlined in the UK Innovation Strategy report, global hubs for innovation, like the AMRC, will continue to see "companies of all sizes creating breakthrough new products, becoming more efficient and scaling to full growth, all with an eye to the global, as well as domestic, market."

HRSA components, such as blisks, will also become more prevalent in tomorrow’s sustainable aircraft. Certainly, one of the leading aerospace manufacturers that Sandvik Coromant works with at the AMRC is developing larger ultra-fan engines, to achieve super fuel-efficient designs that run on biofuels. Other key innovations include flexible resin-transfer molded blades that are designed to untwist as the fan's rotational speed increases. These technologies are already prevalent in mid-sized, single aisled planes such as the Airbus A321.

Other future predictions include that mid-sized aircraft will be the first to run on hydrogen, while smaller domestic planes will drive electric ambitions. There are now many small start-up companies that produce smaller electric engines for aircraft, and CNBC reports that the market for flying cars — known as electric air taxis — could rise to $1.5 trillion globally by 2040. There might even be regionalized landing points in the future. For instance, passengers may board a hydrogen plane to travel more locally, say around Europe, or a biofuel plane to fly further afield to a location like the United States.

At the component level, these applications will rely on next-generation materials for which Sandvik Coromant’s optimized tooling solutions, and its extensive process and application knowledge, are already well-equipped. Sandvik Coromant and the AMRC will help to ensure that optimized process design remains critical for aerospace’s leading manufacturers, and also for people and the planet.