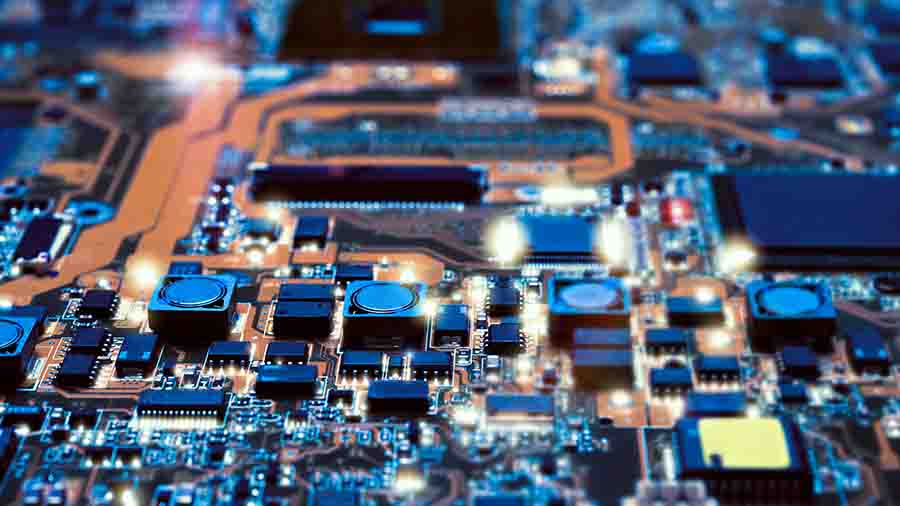 As a key industrial sector, EI plays an important role in the Vietnamese economy and society as it: (1) has an impact on the development of other industries, accelerates the process of industrialization in the country; (2) stimulates the expansion of the service sector; and (3) provides more jobs for the working population and improves the quality of daily life.

Vietnam's gross domestic product (GDP) is expected to grow by almost 3 percent in 2020 and about 6.8 percent in 2021, thanks to the country's management of the COVID-19 pandemic, according to a report released by the World Bank. The country has minimised the economic damage from Covid-19 and is the only country in South East Asia on track for growth this year, reports say.

Vietnam’s business environment has evolved significantly over the past years and has become an attractive location for investors to open or relocate their industrial and manufacturing bases in Asia.

Goertek Precision Industry Vietnam (Goertek Vina) acquired an area of 40.48 ha to build a new factory complex for the manufacturing of electronic components for mobile phones. Construction is expected to start in late 2020 and industrial operations mid-2021.

Foxconn to build a new US$270 million plant

Apple supplier Foxconn has been granted a license to build a new US$270 million plant in Vietnam, according to a new report. The plant will be capable of producing as many as eight million tablets and laptops.

Set to be built by Fukang Technology, the new plant is part of an ongoing US$1.5 billion investment by Foxconn in Vietnamese plants as it seeks to diversify its portfolio at the behest of Apple. It's thought that the new plant will be producing MacBooks and iPad for Apple once it opens.

Foxconn's presence in Vietnam is good for the local economy, with a reported 10,000 jobs set to benefit local workers this year. This latest plant will be built in the northern province of Bac Giang, according to the report. The company is also said to be considering "investing US$1.3 billion in Thanh Hoa province, 160km (99.42 miles) south of Hanoi."

Samsung Electronics has begun construction on a US$220 million research and development center in Hanoi, the first of its kind outside South Korea.

Samsung Electronics on Monday begun construction on a US$220 million research and development center in Hanoi, the first of its kind outside South Korea.

The 16-story building, located in a complex covering 1.1 hectares in Tay Ho District, will host all research and development activities.

Its R&D staff of 2,220 will increase to 3,000 when the building is completed in 2022, the company stated. The facility will focus on developing Samsung products and research into artificial intelligence and 5G.

Samsung said it has invested over US$17 billion into Vietnam. It operates two smartphone factories in the north and a household product manufacturing hub in Ho Chi Minh City.

Vietnam's exports of smartphones and spare parts, mostly produced by Samsung Electronics, rose 4.4 percent from 2018 to US$51.38 billion last year, according to customs data.

The production of computers and electronic components of domestic enterprises continued to show an upward trend compared to the previous month in March 2020. According to the General Statistics Office, the product with the highest production of the month was electrical equipment for telephone, telegraph and electronic information systems with 41.8 million units, a rise of 23.90%; production of television camera lens; image converter and image enhancer; other photovoltaic anode tubes reached 19.5 thousand units, an increase of 13.59%. The index production of electronic products, computers and optical products increased by 23.7% compared to previous month, increased by 17.5% compared to March 2019.

Meanwhile in February 2020, there was a downward trend in the consumption of electronic products in Vietnam compared to January 2020. The most consumed product in the month was electrical equipments for power transmission lines. telephone, telegraph and electronic information systems with a decline of 1.99%; followed by TV camera lens; image converter and image enhancer; other photovoltaic cathode lamp tube fell by 21.05%; the consumption of speakers installed or not in the box ranked the 3rd largest but only increased by 1.12 %

Despite strongly affected by Covid-19, the production of electronics, computers, and optical products in the first 3 months increased by 14.3% over the same period. The inventory index of products in this group rose by 4.5%.

The first phase of the first quarter, the electronics industry was also seriously affected by the supply sources that depend on China and other countries where the epidemic was breaking out, thus disrupting the production schedule. In addition, border control measures to prevent the epidemic will have an impact on the input sources for production as well as consumer markets in Vietnam’s electronics industry.

The supply of raw materials has been partly met although it is still not as required because some border gates are still applying epidemic control measures. In addition, enterprises have sought to diversify sources of supply besides China. However, it is not easy to find alternative sources of supply as costs are high and sources are unstable in quantity and quality in the context of production specialization in the current global chain and the distinctive feature of electronics production.

According to the Ministry of Industry and Trade, the electronics manufacturing industry in Vietnam could be hit hard in the next quarters of 2020 due to complicated developments of the epidemic, thus consumption demand for electronic products in the U.S. and Europe, Vietnam’s main export markets are likely to reduce.