PRONATEC AG, a Swiss supplier of organic food raw materials and of sustainable, 100% organic chocolate, has commissioned one of Europe’s most advanced cocoa processing plants in Beringen in the canton of Schaffhausen in spring 2022.  The plant was officially opened on September 16. The fundamental decision to transfer the processing of its organic cocoa beans from external contract processors abroad to Switzerland paved the way for the groundbreaking project, which was implemented with equipment from the Bühler Group as a system supplier.

The Bühler cocoa processing plant, which was designed in close collaboration and coordination with the PRONATEC team, is one of the most advanced systems installed worldwide. Its advantages clearly lie in the consistently high quality of the roasting and grinding of the cocoa beans into cocoa mass and the further processing into cocoa powder and butter.

"The efficiency of the plant at the Swiss site, as well as the uncompromising design for 100% organic certification, was a priority for PRONATEC from the very beginning," says Joachim Essig, Head of Sales Cocoa & Malt at Bühler. "Fully integrated automation, small-scale batch production, batch separation, and full traceability were already important topics in the initial discussions in mid-2018, as were gentle handling of the raw materials, food safety, and the highest hygiene standards."

The processes are continuously monitored in the control room, at the heart of the process plant, and the cocoa products produced are also continuously tested for quality in the company's own laboratory. "On the one hand, this real-time controlling ensures the taste quality of its products, which is crucial for PRONATEC, but it also has a major impact on the energy efficiency of the plant," says Stefan Linder, Project Director at Bühler. "PRONATEC had high requirements for the plant in terms of automation and energy efficiency. For us, meeting these requirements was exciting and a learning curve. Ultimately, all our customers benefit from the new insights." 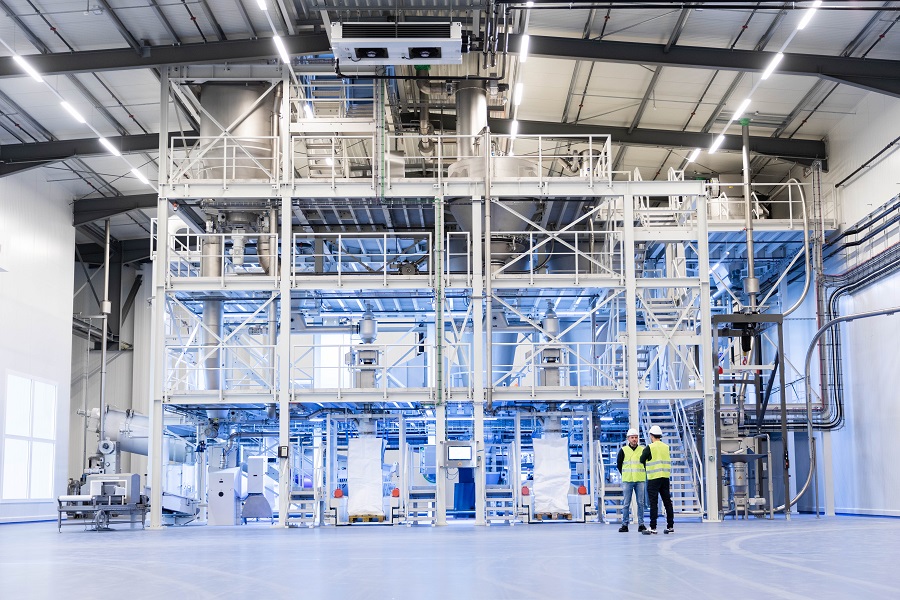 For more than 45 years, PRONATEC has been distributing fair-trade and sustainably produced products for the global food industry and grocery trade. The product range includes cocoa beans, semi-finished cocoa products, couverture, chocolate, sugar, vanilla as well as numerous spices, all with a variety of organic and fair-trade certifications. “PRONATEC has been providing Swiss chocolate made from organically grown and fair-trade cocoa beans since 1996, and was the first company in the world to offer organic and Fairtrade certified chocolate,” says David Yersin, CEO and owner of PRONATEC.

Yersin adds, "In our plant, we are the first company in Switzerland to produce all three organic cocoa semi-finished products – cocoa mass, butter, and powder. It is very important that we can maintain proven flavor profiles that we have developed over the years. At the same time, the new roaster also gives us the opportunity to develop new products. The fact that we were able to conduct tests in advance at Bühler’s Application and Training Center was a great help in our decision-making process. The proximity to Bühler was a stroke of luck, especially during the corona pandemic. We were and are glad to have a partner at our side just 30 minutes away." 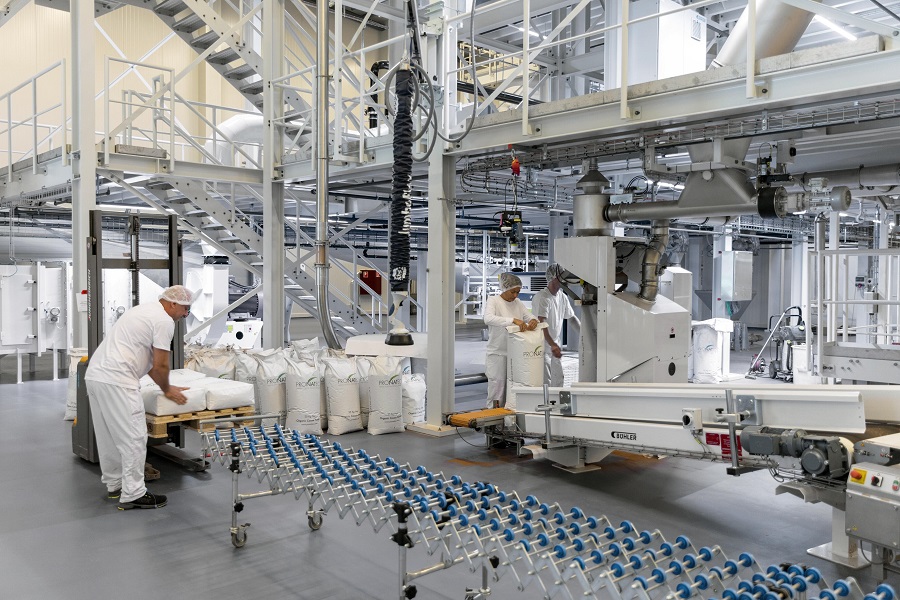 Swiss quality all along the line

The mandatory requirements for energy efficiency were taken into consideration in the plant design and implementation, for example, in the separation of temperature zones, installed heat recovery, and efficient insulation. Furthermore, emissions were considered from the very beginning of the planning process in order to be able to meet not only all safety requirements but also the highest demands in terms of environmental compatibility. For example, a state-of-the-art exhaust air after-treatment system has been installed to prevent unpleasant odors.

For Yersin it was clear from the outset where the plant was to be built and with whom. "We are a Swiss company that will produce in Switzerland, with a Swiss machine builder at our side. As an innovative market leader, after a short evaluation phase, only Bühler came into question for me," says Yersin with conviction. Two core elements of the plant - the Tornado nib roaster and a Nova mill - will be manufactured by Bühler in Appenzell, which suited PRONATEC's philosophy in terms of quality and locality.

"For us as an SME, the plant was a big investment," he adds. "However, we are already noticing that quality, and the fact that we produce regionally is becoming more and more important to many of our customers. Thus, it is an investment in the future."

Bühler has been active in the cocoa segment for over 50 years and has been continuously expanding its market leadership in this field ever since.

The Beringen plant is a relatively small facility for Bühler, but this does not make it any less interesting or important. "Especially with smaller plants, the challenge is all the greater. In the case of PRONATEC, there is also the fact that the plant is located in Switzerland, which means that maximum efficiency is required of it so that the Beringen production site can be successful," says Daniel Egy, Head of Business Unit Chocolate & Coffee at Bühler.