It was only in 2017 that the Kulmbacher Brauerei commissioned a new Krones line for swing-stopper bottles achieving an output of 50,000 bottles per hour, a figure unprecedented in this category – a world record. But demand for the Mönchshof specialty beers and for Kapuziner wheat beer in the 0.5-litre swing-stopper bottle filled on this line has not only held steady, it has achieved overproportional growth. That's why the brewery will now install a second identical line. 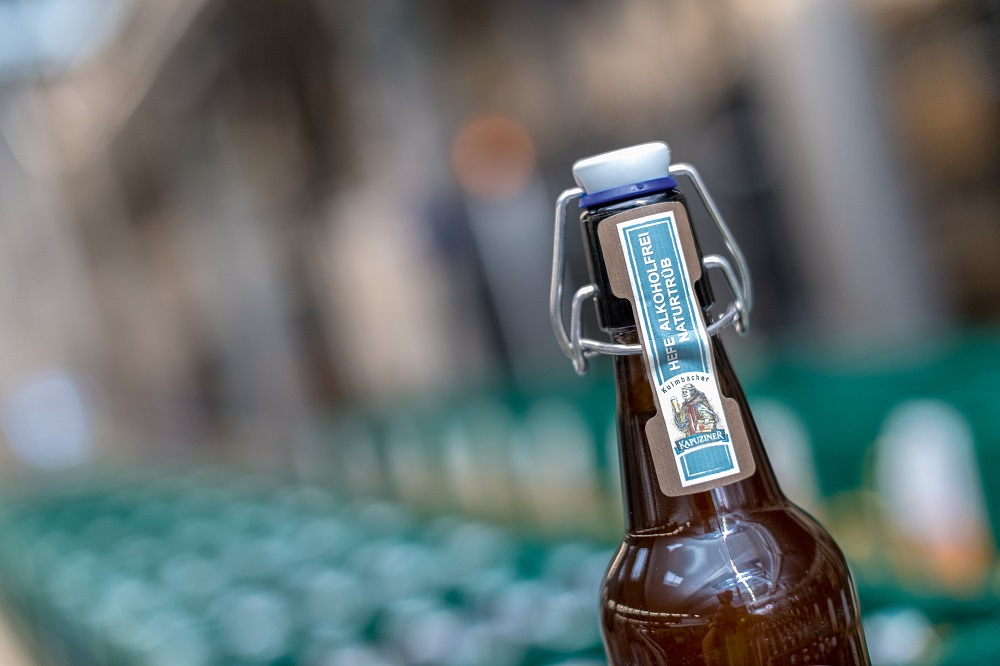 Whereas capacity for swing-stopper bottles was at one million hectolitres per year with the first new line from Krones and an existing combined line handling both NRW and swing-stopper bottles, the Kulmbacher Brauerei is now planning for an annual output of 1.5 million hectolitres. It isn’t hard to realise that this is impossible without installing further bottling capacities. The brewery therefore placed an order with Krones for an identical line, likewise rated at 50,000 bottles per hour.

So it can safely be assumed that the Kulmbacher Brauerei was fully satisfied with its first line. “We entered into negotiations bestowed with a vote of confidence,” admits Berthold Stock, a Krones sales engineer. And Stefan Simon, Head of Production & Engineering and at the same time Project Manager at the Kulmbacher Brauerei, adds: “True to the motto of 'Never change a winning team', it was clear to us, the brewery's technology crew, that the new challenge in this output category could be successfully mastered only together with Krones.” 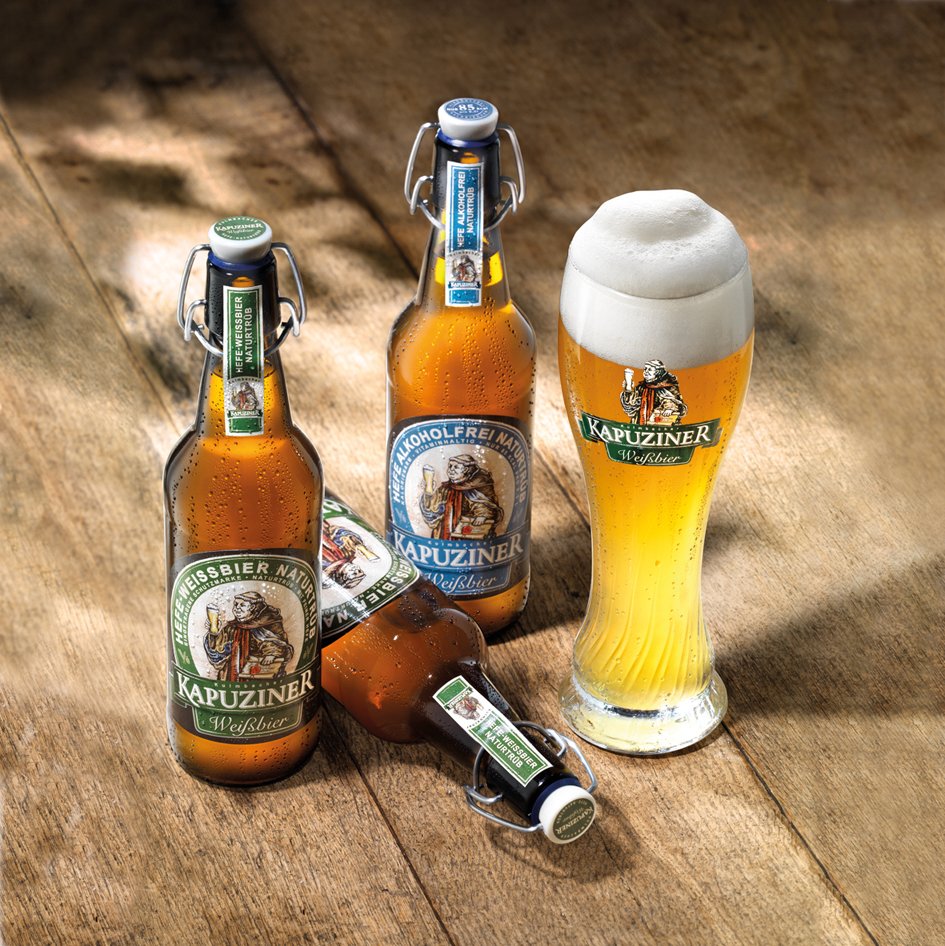 Whereas the first swing-stopper line, which in 2017 replaced an existing line, was erected step by step in five stages, things will this time be easier because the high-speed line will be accommodated in a newly built hall where it can be installed in one go.

But this job is not entirely without its special requirements, either: Both the empties feed-in and the fulls-discharge kit will have to be erected in an existing building, which is separated from the new hall by a road. To link them up, two pallet lifts are used on each side of the road, which raise the pallets up to a height of about six metres, so they can cross the road in an enclosed bridge. An option must also be provided for feeding in empties and discharging fulls directly at the new bottling hall in order to ensure autonomous operation. This necessitates a correspondingly larger pallet conveyor system.

The VarioFlash pasteuriser is likewise accommodated in an existing building. A pipeline, which is more than 200 metres long, supplies the filler from there.

In contrast to the machine installed in the first line, the Checkmat FEM-G inspector in the second swing-stopper line upstream of the labeller will be equipped with black-and-white cameras and a larger CPU control system in order to detect foam leaking at the rubber seal. 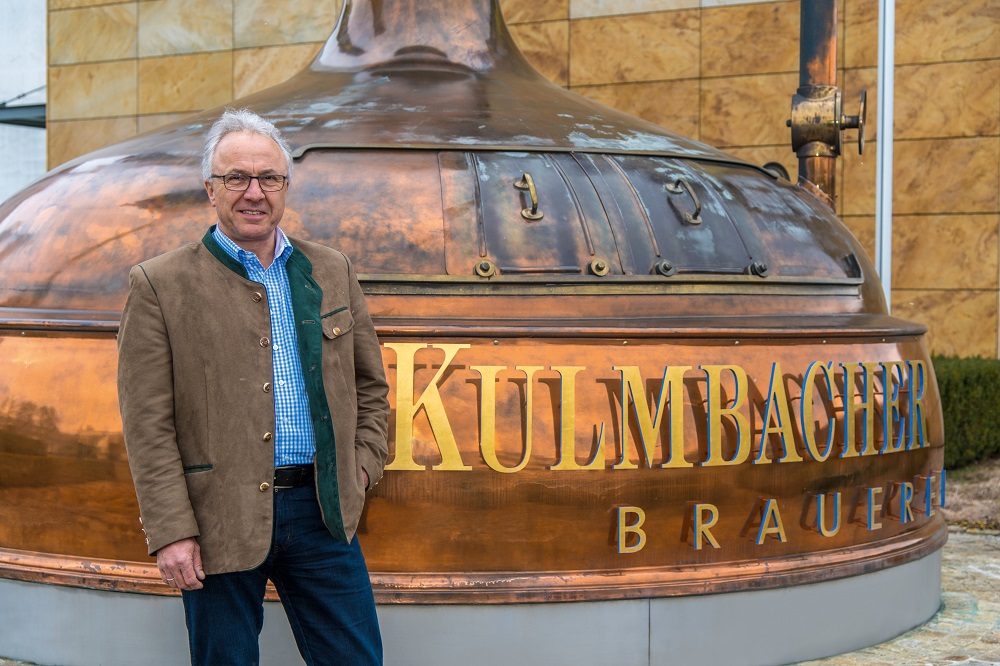 Stefan Simon, Head of Production & Engineering and at the same time Project Manager at the Kulmbacher Brauerei

The target: to set a new speed record

Closed empties are sorted by selective unpacking, just as in the first line. Since the gripper cups can be activated individually, the unpacker deposits closed and foreign bottles on one conveyor and open bottles on a separate conveyor. The closed swing-stopper bottles are then opened in two specially designed machines. What is new here is that any crates not amenable to automatic unpacking can be rejected beforehand.

The Lavatec E3 bottle washer will this time be somewhat wider, in order to provide more performance reserves. It will be dimensioned for a throughput of 62,000 bottles per hour because the declared goal (even though it was not contractually specified) of everyone involved is to upsize total line output to 52,000 bottles an hour and thus outperform the record of 50,000 swing-stopper bottles per hour set in 2017.

Two Linapac II machines: one unpacker and one packer

Two Modulpal Pro 2A machines: one depalletiser and one palletiser

Two machines for opening swing-stopper bottles, one of them with automatic rubber-seal replacement

Two swing-stopper closers, each rated at 30,000 bottles per hour