Sheet metal knowledge at the push of a button


To ensure that bending does not turn into breaking, a great deal of know-how is required in sheet metal processing. However, this is mostly in the minds of experienced sheet metal specialists who are gradually retiring. With the departure of the know-how carriers, the wealth of experience gained over many years is disappearing.

The Stuttgart-based start-up Optimate has therefore set itself the task of digitising the sheet metal knowledge that has been built up over decades. A real challenge considering how extensive and diverse the applications are in sheet metal processing. "We have recognised this problem and wanted to hold decades of knowledge and access to sheet metal expertise as a digital consulting service," recalls CEO and co-founder Jonas Steiling of Optimate's beginning two years ago. This initial vision has since become reality with a digital solution for the analysis and optimisation of sheet metal parts. Those using the solution no longer have to run the risk of bringing a part into production that may not be possible to manufacture at all or only at high cost. "Not only do we give design and work preparation more process reliability, but time-consuming queries with the customer and expensive, manual redesigns are now a thing of the past", Jonas Steiling now knows from numerous practical examples.

Optimate’s cloud solution consists of two products: the feasibility check and the part optimisation. In a first step, the user uploads his sheet metal part as STEP or SolidWorks format in the cloud-based web app. Multiple 3D CAD files can be uploaded and analysed simultaneously. Structural steel, stainless steel and aluminium can be selected as material options. Within a few seconds, the potential of each part is listed. A highly optimisable part can mean cost savings of more than 30 %, a part that can be optimised well can lead to cost savings of up to 20 %. "The user now sees optimisation opportunities where he previously had no transparency about his parts and where it is worth taking another closer look", explains the CEO of Optimate.

The Optimate service recognises the optimisation potential within seconds and indicates any design errors. Parallel to the potential detection, a feasibility check runs in the background to ensure that each part can also be manufactured in a process-safe manner. If this is not the case, the corresponding areas on the part are marked in colour as warnings. While deformations often affect the part’s appearance, a large proportion of the warnings issued prevent the worker in production from being able to manufacture this part at all. If, for example, the minimum flange length is not reached and the marked error leg is too short depending on the bending angle, sheet thickness, material and tool pairing, then the leg cannot be bent. The designer can thus be informed as early as possible about the warning or other interfering contours, which are marked in red in the 3D graphic. (see Figure 4). 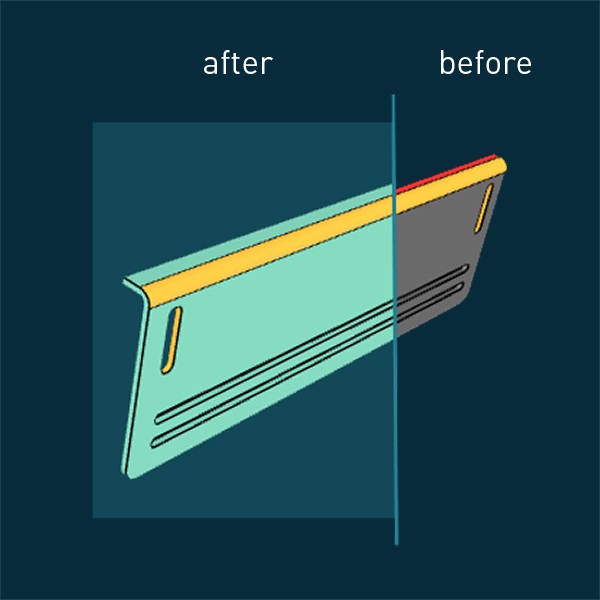 Figure 4: Mesh plate with undercut flange length. This way the leg cannot be bent. The feasibility check detects the error and marks it. At the push of a button, the leg is adjusted to the minimum flange length and the CAD file is ready to download.

Part optimisation at the push of a button

But what is the use of warnings if they have to be corrected manually? The highlight of Optimate’s solution: at the push of a button, a design proposal for the process-safe production of the part is made immediately. “With one click, an optimisation graphic displays an extended leg to the minimum flange length”, Jonas Steiling specifies. The advantage is that the designer and the work preparation staff can always have the actual state displayed parallel to the optimised target state. The users can now download the adapted part directly as a STEP or SolidWorks file and transfer it to their CAD program. For the whole thing to work, the existing bending tools must be initially entered in the individual customer profile. This prevents optimisation proposals from being made for which no required toolset is available.

AI with over 90 percent accuracy

The start-up team has developed its own artificial intelligence to identify the optimisation potential. The AI algorithm contains around 60 different features that can describe pretty much any sheet metal part. "In the meantime, we can predict with 92 per cent accuracy whether there is potential for optimisation, even for parts that the AI has never seen before", explains Jonas Steiling. And the more users upload their parts to the cloud solution, the "smarter" the AI eventually becomes. "We want to keep training the AI so that the accuracy of the hits keeps growing."

And Optimate has also thought of the current last 8% of the route: If users reach the limits of what is possible, they can click on "Consulting Services" right in the cloud platform and thus bring Optimate’s consultants on board.

Often the feasibility check does not detect any warnings, i.e. the analysed part can in principle be manufactured in this way. The AI, on the other hand, recognises a high potential for optimisation. So why not optimise when this can often eliminate entire production steps and make enormous cost savings possible? The question now is: How can this sheet metal part be redesigned with system support? The start-up has also thought up and developed a clever solution for this: automated optimisation. Matching CAD parts can be uploaded very easily. In the background, the 3D body is unfolded into a 2D representation. This unfold is then transferred into a graphical description in which each surface has a connection type to its neighbouring surfaces. On these graphs, the Optimate solution generates alternative design methods for the part and displays the most relevant ones. A stability check and a cost calculation are automatically run for each of these solution variants.

Example of sheet metal bracket (see Figure 6): In addition to the original part uploaded by the customer, there are design variants to eliminate the initially designed expensive weld seam by replacing it with a bend. The original weld becomes a bend, the base is provided with a separating cut. The part now gets its stability from the mounting situation and no longer from the weld seam. The welding process can be completely eliminated and thus an entire work step can be saved, which results in cost savings of over 40 % for the bracket. 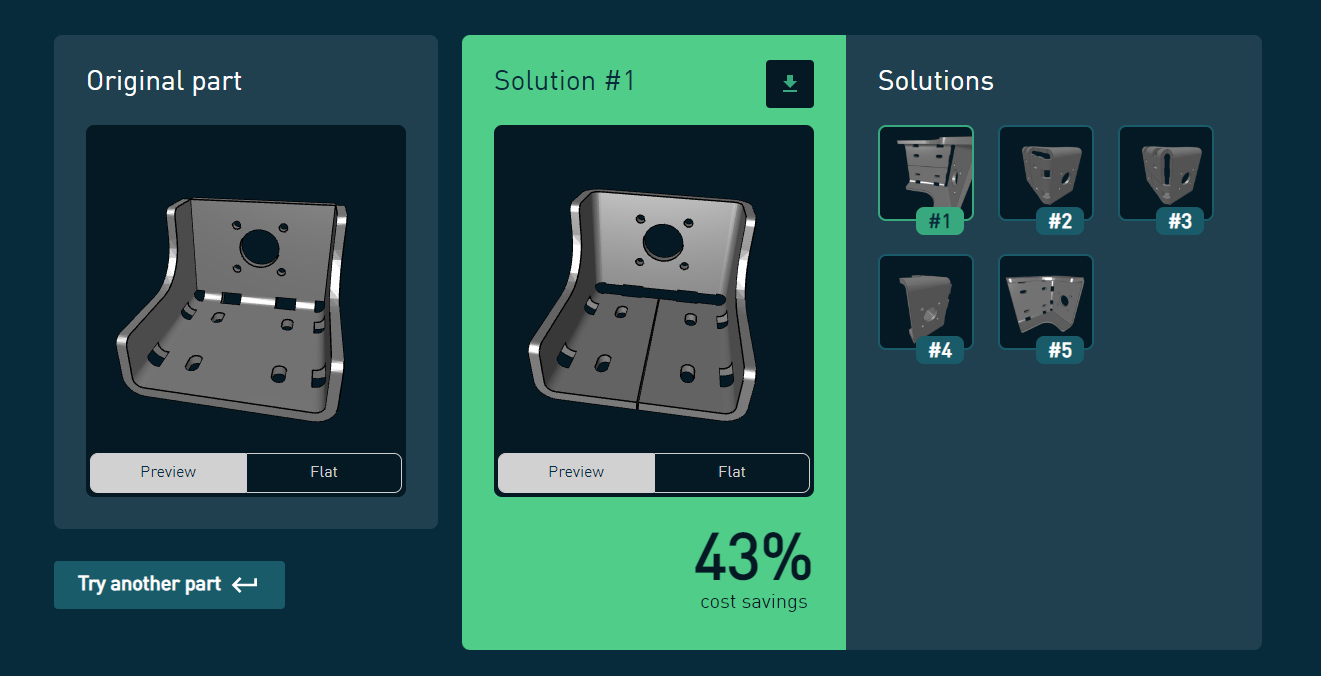 Figure 6: Sheet metal bracket. The sheet metal bracket with over 40% optimisation potential: Above the proposals for more cost-efficient design variants, below left the part as originally planned with stabilising welds, right without welding with relief cut on the rear wall.

"If such a part is then produced in larger batch sizes, the cost savings are even more significant ", Jonas Steiling knows. The platform will then also display the unfolded version of this part: In the 2D unfold, the weld seams are shown in orange, the bends in green and the inner and outer contours in white lines. Also, the material waste is displayed as it can play an important role for the cost calculation.

The users in the design or work preparation department select the most suitable one for them from all five suggested variants with a click. The selected optimised variant appears on the screen with an indication of the cost saving, showing exactly where this is achieved. "The final decision should still lie with the designer. We provide the basis for the designer's decision, including a redesign and CAD data set", Jonas Steiling emphasises, "with our tools, the designer has access to extensive expert knowledge on all aspects of sheet metal processing and we thus expand the respective decision-making horizon in the long term". When the client finally agrees to the part optimisation and redesign, the optimised parts can go into production with process reliability.