In 2022, an estimated 115 million litres of used cooking oil (UCO) which is harmful to human health and the environment require proper management. Though some UCO is turned into biodiesel, a large quantity gets thrown out into the sewer or mixed with other types of garbage causing contamination, and great damage to the environment. In the landfill, it can generate methane, a greenhouse gas that is 23 times worse than carbon dioxide. 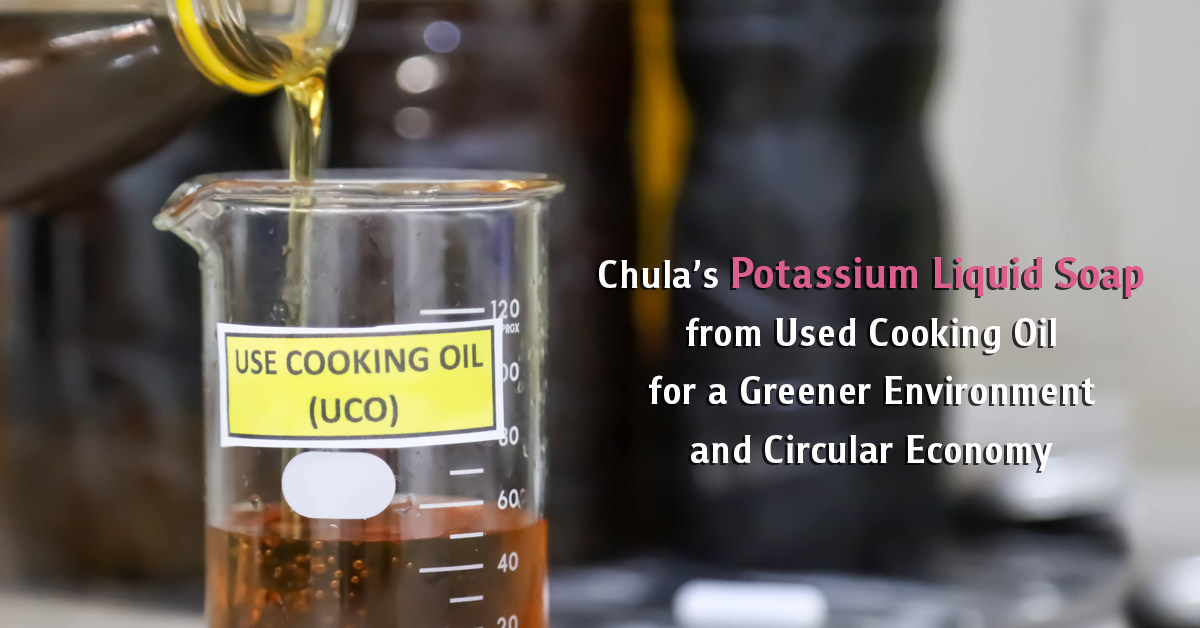 With its surface-active agents, K-Soap is as effective as other cleansers on the market.  It has low toxin for microbes making it 100% biodegradable, and it has disinfesting abilities at the levels permitted by organic farming standards.

The K-Soap production project was started with a community enterprise at Baan Phai Lueang in Nan Province as part of eco-tourism and circular economy promotion. The K-soap was used to clean garbage trucks, road surfaces, and public places and was well received. It is easy to manufacture at much lower costs. The Pak Lad Community of Samut Prakan Province also implements a similar project based on the Zero-Waste concept.

In collaboration with Chula's School of Agricultural Resources, the project has enhanced the soap's biopharmaceutical ingredients that safely control plant diseases and pests and benefit organic farming. It is being tested by groups of organic farmers as alternative pest control and is expected to be ready in 2023 or 2024.

In the future, the project hopes to try using K-soap to wash fruit and vegetable right on the farms for added safety.