Gases that are produced during moulding have no place to escape and are compressed, thus resulting in a hot, burned resin surface which threatens continuous moulding. First, the study examined gas resulting from energy loss at the time of injection. The nozzles of typical injection machines are comprised of a drastically contracted structure, and energy loss arises due to the shape. Potential solutions include lowering the injection speed, using multiple gates or cavities, and increasing the size of the gate and nozzle.

To prevent uneven thermal conduction within the injection barrel, the findings suggest avoiding injection machines that are excessively large relative to the moulded articles, reduce cylinder temperature, and avoid mould-contact moulding so that heat loss from the mould does not occur. 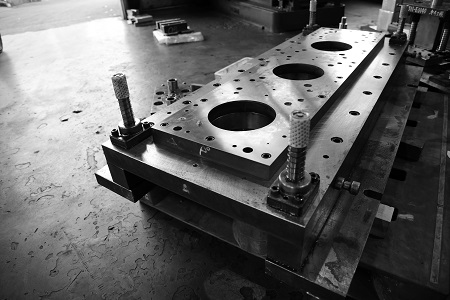 The GIMIM method also determined that vent clogging is caused by the workings of a complex relationship between the volumes of low boiling and high boiling substances, and total volume of substances within decomposition gas. Corrective measures include lowering cylinder temperature and using a rag or similar object to frequently wipe away mould deposits that are lightly stuck to the gas vents.