The United Nations Climate Change Conference, more popularly known as COP26, was held from October 31 to November 13, 2021 in Glasgow, Scotland, United Kingdom. What makes COP26 extremely important for countries around the world is the consensus that there should be an accelerated action on climate change and at COP26, representatives from 200 countries entered into what is known as Glasgow Climate Pact. The pact aims to speed up the action on climate change by enjoining all countries to present ambitious 2030 emissions reduction targets that will enable global net zero by 2030 and keep 1.5 degrees Celsius within reach. To realise these targets, countries will need to accelerate the phase-out of coal, curtail deforestation, speed up the switch to electric vehicles and encourage investment in renewables.  The landmark agreement also establishes the framework for countries to exchange carbon credits. 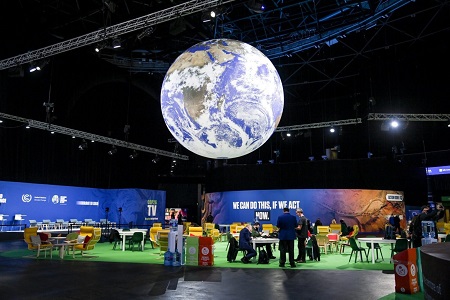 About two years prior to the COP26, only 30% of the world was covered by net zero targets. Now the figure has reached around 90% with 154 countries committing to new targets to reduce emissions – representing about 80% of the global emissions. The pact will see a transition to zero emission vehicles being prioritised, with the world’s biggest vehicle producers eyeing to make their cars zero emission by 2040 by phasing out the production of automobiles dependent on fossil fuels.

The plastics industry and its key players are fully aware of the issues surrounding climate change. Recent developments have put into the limelight the role of carbon emission reduction technologies in the production processes of companies engaged in plastics production.

One such project is undertaken by Clariant, which underlines its commitment to decarbonize the chemical industry and supports the prestigious overall US$3.5 billion project to produce green ammonia and green hydrogen in Duqm, Oman. Clariant will supply KBR with its next-generation AmoMax 10 Plus ammonia synthesis catalyst for the upcoming ACME green ammonia plant of the Oman Company for the Development of the Special Economic Zone at Duqm. Once completed, the plant will be a fully integrated, carbon-neutral facility, using solar and wind energy to produce 300 tonnes of ammonia per day. The production of green ammonia is expected to play a crucial role in the global energy transition, and with Clariant’s novel ammonia synthesis catalyst AmoMax 10 Plus, it can provide a state-of-the-art product to facilitate this change towards a more sustainable future. The superior activity of AmoMax 10 Plus allows operation with a higher per pass conversion and lower loop pressure. Consequently, it can be used to increase ammonia production and/or to reduce energy consumption. Moreover, the catalyst’s improved stability and excellent resistance to poisons like water and oxygen increase its robustness and lifetime. These combined features ensure that AmoMax 10 Plus can deliver stable and reliable performance despite fluctuating feed conditions caused by the variable supplies of renewable energy. Overall, green ammonia producers can expect maximum yields with minimum operating expenses. 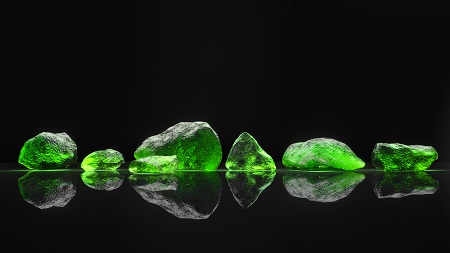 Clariant AmoMax 10 Plus for green ammonia

Net-zero carbon emission has been the goals of leading companies in introducing their new-generation products. SABIC, for instance, has introduced LNP™ ELCRIN™ EXL7414B copolymer, the company’s first bio-based polycarbonate (PC) copolymer to help advance the consumer electronics industry’s net-zero carbon emissions goals. The new copolymer is the first grade in an expanding portfolio to secure the International Sustainability and Carbon Certification Plus (ISCC+) designation. It is formulated with over 50% bio-based content from waste materials, which do not compete with the food chain, according to the mass balance approach. A preliminary SABIC internal assessment indicates that each kilogram of the new bio-based resin provides two kilograms of CO2 reduction as compared to the fossil-based alternative. LNP ELCRIN EXL resin joins SABIC’s fast-growing bio-based materials offering, which also includes ULTEM™ resins and LNP™ THERMOCOMP™ compounds. 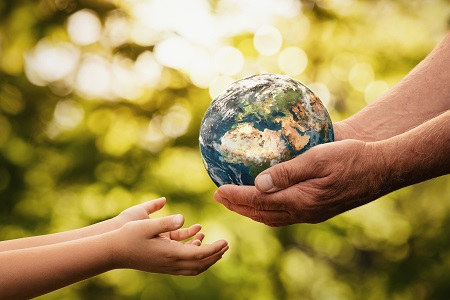 Saint-Gobain also unveiled its CO2 roadmap for achieving carbon neutrality. The roadmap incorporates the Group’s new commitments through to 2030 in terms of reducing not only its direct and indirect carbon dioxide emissions, but also the emissions along its value chain. These new targets for 2030 have been validated by the Science-Based Targets (SBT) initiative which considers them aligned with the Group’s 2050 net-zero commitment. To meet its targets, Saint-Gobain will dedicate a targeted capital expenditure and R&D budget of around €100 million per year until 2030. This approach will be the basis for the decisions that the Group will take to achieve carbon neutrality by 2050. In the construction industry, which accounts for around 40% of global CO2 emissions, Saint-Gobain develops and markets solutions to improve the energy efficiency in buildings, and solutions with a reduced carbon footprint – such as for light construction – designed to replace traditional, more carbon-intensive heavy building materials. In the transport industry, it helps in the transition through its lightweight and more energy efficient solutions.

Another leading company, ExxonMobil, put forth its ambition to achieve net zero greenhouse gas emissions for operated assets by 2050, backed by a comprehensive approach to develop detailed emission-reduction roadmaps for major facilities and assets. The net-zero ambition is contained in the company’s Advancing Climate Solutions - 2022 Progress Report, formerly known as the Energy & Carbon Summary. The net-zero aspiration applies to Scope 1 and Scope 2 greenhouse gas emissions and builds on ExxonMobil’s 2030 emission-reduction plans, which include net-zero emissions for Permian Basin operations and ongoing investments in lower-emission solutions in which it has extensive experience, including carbon capture and storage, hydrogen and biofuels. The report provides details of how ExxonMobil’s business strategy is resilient when tested against a range of Paris-aligned net-zero scenarios, including the United Nations Intergovernmental Panel on Climate Change’s 2018 Special Report and the International Energy Agency’s Net Zero by 2050 scenario.

China Petroleum & Chemical Corporation (Sinopec) has completed the construction of China's first megaton carbon capture, utilisation and storage (CCUS) project, the Qilu-Shengli Oilfield CCUS on January 29, which will reduce carbon emission by 1 million tonnes per year, the equivalent of planting nearly 9 million trees and shutting down 600,000 economy cars. As China's largest full industrial chain CCUS demonstration base and industry benchmark, the project is estimated to increase the oil production by 2.965 million tonnes in the next 15 years. It's of great significance to China's scaled development of CCUS and building an "artificial carbon cycle" model to increase China's carbon emissions reduction capabilities as the country advances to achieve the "dual carbon" goals of reaching peak carbon emissions by 2030 and carbon neutrality by 2060.

- This  article also appears in the International Plastics News for Asia  - February issue. To read the full issue, click here.