22 January, a Press Conference for the Taiwanese public was held to present EMO MILANO 2021, the world exhibition of reference for the metalworking machine tool manufacturing industry, scheduled to take place at fieramilano in October 2021. 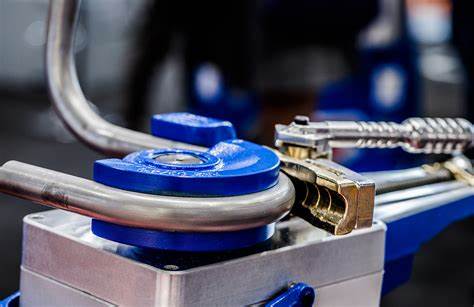 The conference involved more than 50 participants – among machine tool manufacturers, representatives of local organisations and journalists – who followed the conference in live streaming.

Promoted by CECIMO, the European Association of Machine Tool Industries, EMO MILANO 2021 will take place at fieramilano Rho from 4 to 9 October, when the recovery of investment should already have started.

If we observe the single countries, all of them should experience a demand recovery, likely to continue also in 2022 and in 2023. Focusing on Europe, in 2021 both Italy (3.1 billion euro, + 38.2%) and Germany (5.7 billion euro, +20.9%) should again see a plus sign with regard to investment in production technologies. The growth trend is confirmed for both countries also in the two-year period 2022-2023.

Luigi Galdabini stated: “We are very confident of the success of EMO MILANO 2021, which represents the leading exhibition dedicated to the world manufacturing industry”.

“Availability of vaccines, forecasts of demand growth in all the main areas of the world and important incentive measures for investment in new production technologies in Italy: these are all elements that make up a really favourable context for EMO MILANO 2021”.

The reasonable certainty that the situation in Italy will enable the exhibitions to take place without restrictions is also proven by the fact that, after the events organised in spring and summer that will be mainly addressed to a local public, from September fieramilano will be the stage of the great international events. Before EMO MILANO 2021, Milano will host the fashion events and then the super international furniture exhibition, Salone del Mobile, attracting millions of visitors from any part of the world.

“The expectations of the sector operators are very high, as a testimony to the firm intention of the manufacturing world to return to normality. Indeed, a large number of applications to exhibit have already been received at the Secretariat Office and their collection goes on swiftly. However, we expect that it will further intensify in the next weeks, thanks to the more and more widespread distribution of vaccines to the global population”.

“EMO MILANO has always been considered an unmissable event by the operators of the sector all over the world and in 2021 it will play an even more remarkable role considering the unavoidable stop to exhibitions worldwide for over one year and a half”.

These observations highlight a clear opportunity for Taiwanese machine tool manufacturers to exhibit at EMO MILANO 2021, also because they are among the main suppliers of Europe - where imports from Taiwan amounted to 716 million euro in 2019 - as well as of Italy, where the purchases of machines made in Taiwan totalled 73 million euro, corresponding to 5% of total imports.

Luigi Galdabini added: “With specific reference to the Italian marketplace, Taiwanese manufacturers should be aware that, for the two-year period 2021-2022, the Italian Government authorities have established a full package of incentive measures for purchasing new, traditional and digital production systems, i.e. related to the issue of smart manufacturing integration”.

“Exhibiting at EMO MILANO 2021 will thus be an excellent opportunity to identify and fulfil Italian demand, supported by these measures, as well as the demand expressed by foreign operators, who have always attended the world machine tool exhibition” concluded the General Commissioner.

After all, Taiwan has always been well represented at the world machine tool exhibition, as proven by the attendance data referred to the last edition of EMO MILANO (2015).

Undisputed leader in the scenario of the exhibitions regarding the sector, EMO represents the articulated world of metalworking in the best way, combining vision and innovation, as shown by the data of the previous Italian edition (EMO MILANO 2015), hosting 1,600 exhibiting companies, on an exhibit area of 120,000 sq. m. and registering over 155,000 visits of operators coming from 120 countries.

In 2015, 129 Taiwanese exhibitors participated in EMO MILANO. Their stands covered an exhibition area of around 10,000 sq. m. According to these data, Taiwan ranked third by number of exhibitors, and in fourth place by exhibit surface. With 2.198 units, 3% of the total, Taiwan came in third by number of visitors among Asian countries.

Metal forming and metal cutting machine tools, production systems, enabling technologies, solutions for interconnected and digital factories and additive manufacturing will be among the products and solutions spotlighted at EMO MILANO 2021, which will transform fieramilano Rho into the biggest digital factory ever set up within an exhibition fairground.

Indeed, the halls of fieramilano Rho will present the best international products of the sector, which are more and more closely linked to the issue of interconnection, capable of enabling all those high added-value functions that the manufacturing industry cannot longer do without. Therefore, once again, EMO MILANO 2021 will be a meeting point for the most qualified operators of the industry, interested in planning new investments in production technology.

The international origin of exhibitors is the hallmark of EMO MILANO, (in 2015 foreign exhibitors were 68% of the total). This international presence will appeal to visitors from any part of the world, who have always considered EMO as an unmissable opportunity for technical-professional updating and for observing the technological trends characterising the production of the future.

In this sense, EMO is an exhibition event capable, like no other, of interpreting the industrial “spirit of the age” and, at the same time, of presenting the most futuristic technologies for the development and wellbeing of society, to such an extent that it can be considered the place that showcases “the magic world of metalworking” - as highlighted in the slogan chosen for EMO MILANO 2021.

“These figures and observations – commented Luigi Galdabini, General Commissioner of EMO MILANO 2021 - should be enough by themselves to convince to exhibit at EMO MILANO 2021, which will be complemented by several side initiatives to make the most of the operators’ presence in Milan during the event week”.

Among these initiatives, EMO DIGITAL will have a particular relevance: a display and demonstration area dedicated to illustrate the potential of digital technologies for the manufacturing world. The START UP AREA will illustrate the role of start-up companies for a sector whose strong point is innovation. The Speaker Corner set up within one of the exhibition halls will host short presentations of technical in-depth analysis by experts, exhibitors and organisers.

The organisation of EMO MILANO 2021 has been entrusted by CECIMO to the operational structures of UCIMU-SISTEMI PER PRODURRE, the Italian machine tools, robots and automation systems manufacturers' association. With more than ten years of experience derived from the organisation of the six previous editions of the world travelling exhibition, (1979, 1987, 1995, 2003, 2009, 2015) and of BI-MU, the EMO staff will be able to assist visitors, exhibitors, journalists and all the people who will take part in the event, proposing services, initiatives and activities specially dedicated to them. Constantly updated information and details regarding the exhibition are available on emo-milano.com

CECIMO has already conveyed the calendar of the world travelling exhibitions that will be held after EMO MILANO 2021. After the editions in Germany in 2023 and in 2025, EMO will take place again in Italy in 2027, thus confirming the established time period, in which Milan and Hanover will alternate in the organisation of the world machine tool trade show.