ITO EN has been in the ready-to-drink (RTD) tea business for more than 40 years. The Japanese manufacturer has since branched out offshore, developing industry- and world-first features for its products along the way. The proponent of tea drinking tradition makes convenience, taste and health the first order of business, while ensuring sustainable production.

Blazing the trail from the 1960s to the present

The company introduced many firsts in tea processing and use of packaging. In the 1960s, it launched packaged green tea at supermarkets and grocery stores to give consumers access outside of specialist shops.

A unique method of deoxidation called T-N (Tea and Natural) Blow helped launch ITO EN’s first canned green tea in 1985, which until then was regarded as technologically unattainable. The company’s cutting-edge T-N Blow method eliminates oxygen during the filling and capping process.

In 1990, ITO EN rolled out the world’s first PET-bottled natural unsweetened green tea, a feat made possible by a fine micro-filtration approach that preserved the clarity of the green tea while preventing the formation of tea sediment. This proprietary method received a patent in 1996.

While in packaging, it unveiled the industry’s very first heatable PET bottle in 2000. Such innovation allowed hot bottled tea to be enjoyed in the winter months. The five-layer bottle protects the delicate green tea from oxidising while maintaining the integrity of taste. This was followed by another innovation in 2016, when a microwavable version of the PET bottle was released, allowing drinks to be offered in three different temperature ranges: warmed, refrigerated, and at room temperature.

“Health is one of the important values provided by our business. Sugar-free beverage products accounted for 74% of all ITO EN sales in 2018. This is significantly higher than what the Japanese beverage market accounted for at only 49% for the same period. It goes without saying that green tea products are the most representative of these healthy beverages. Using our strengths as a tea company, we will continue to support healthy lifestyles for customers in various shapes and forms,” stated ITO EN president and CEO Daisuke Honjo, in the company’s integrated report.

“For example, since its launch in 2004, Oi Ocha Koicya has become a long-selling product, enjoying strong support from men in their 40s and 50s. In August 2019, we launched a renewed version of this product, which is now positioned as a Food with Function Claim containing many gallate-type catechins, which effectively reduces body fat,” he also stated. 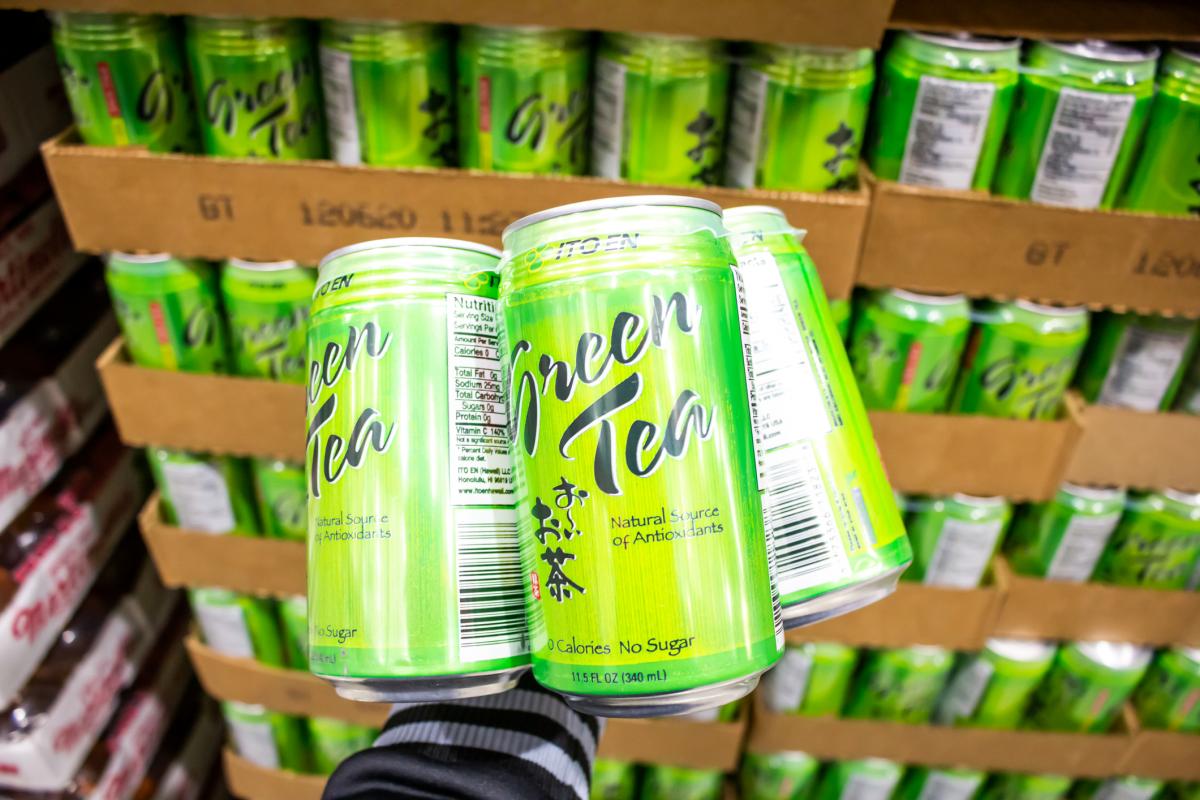 To date, Oi Ocha tea serves as the company’s flagship brand, providing the benefits of green tea and more than 100% RDA of vitamin C. It is enjoyed in more than 30 countries and regions, particularly in Singapore, Hong Kong, Taiwan, Korea, China, Thailand, Indonesia and Australia. Annual sales for Oi Ocha in 2018 exceeded 90 million cases. Last year, the 30-year-old brand was certified by the Guinness World Records as the world’s natural and healthy unsweetened top-selling RTD green tea beverage.

Barley Tea is being developed into the ITO EN’s second core business. In fact, sales of the company’s Mugicha Japanese-style barley tea are on the rise, currently accounting for 42% market share as the number one caffeine-free tea beverage in terms of quantity sold.

Mugicha is being positioned as ideal for combating heat and replenishing fluid and minerals. Being caffeine-free, the product is safe even for very young children. It undergoes a rigorous quality management system which enables the results of radioactive materials inspection measurements to be verified via a QR code displayed on the product itself.

Offering the “value of tea”

To be a global tea company “that delivers the value of tea – in everything from its traditions to cutting-edge technology – to customers around the world as part of a lifestyle proposal” is the long-term vision of ITO EN. The company also aims to grow more sustainably along the way.

A fabless production, a method in which a company does not have its own factory, works for ITO EN. While the company still handles the initial process of heating and blending of crude tea leaves, it outsources the subsequent tea brewing, extraction and bottling processes to contracted beverage production companies.

This business model has been efficient in reducing its capital investment costs, adjusting production volume according to the level of actual demand, and building optimal production lines by taking advantage of the distinctive characteristics of its sourcing partners.

The Tea-Producing Region Development Project initiative lets “local business operators take a leading role, cooperating with local governments to provide support for the creation of large-scale tea plantations such as making use of abandoned farmland, while ITO EN provides technologies and know-how relating to all aspects of tea leaf production.” The project encompasses new tea plantation businesses, where ITO EN purchases and exclusively uses the entire volume of tea leaves produced and cultivated under contract. This is the procurement process followed by ITO EN.

As to quality, the Group has built a Quality Management System with ISO9001 international standard certification, with its Shizuoka Sagara Factory adopting FSSC22000 certification.

“Our products are only manufactured in factories that satisfy ITO EN quality management standards, and we thoroughly ensure safety and security in the manufacture of our products by holding regular quality assurance meetings.

According to ITO EN for logistical operations, it has in place “an efficient supply management system in collaboration with our outsourcing partner companies; working to thoroughly ensure safety and security by conducting regular assessments and audits of our outsourcing partners following checklist items stipulated by ITO EN regarding areas such as transport and storage, and holding regular meetings to share essential information.”

In developing its products, three things are important to ITO EN: palatability, health, and environment. They choose ingredients and technologies that provide not only good flavours but flavours that can be maintained over long periods of time. The company also analyses the health-promoting qualities of components in tea. In its pursuit of sustainability, the company seeks environmentally friendly containers and new technology related to waste reduction and recycling.

Running radioactive tests is the norm at ITO EN. It does so for both raw ingredients and products. Other checks include shape, colour, shine and aroma; microorganism; scientific testing such as constituent analysis; agrochemical residue; and water quality.

The company’s provision for health value is not limited to the manufacture and sale of products, according to Mr Honjo. Citing a recent health forum from ITO EN, he said the company remains engaged in a wide range of events aimed at creating a shared value of health both as part of its business activities and outside of them such as holding dietary education and sports promotion events for children and introducing simple and easy recipes that make use of their offering. - JEAN ALINGOD-GUITTAP, Correspondent