MORE Taiwanese manufacturers will be attending this year’s ProPak Vietnam. According to the Taiwan External Trade Development Council (TAITRA), it will have a pavilion for the island’s small to medium-sized enterprises such as Yang Bey, WebControl, KWT, Hseng Tex, and New Diamond.

Taiwan is a major exporter of processing and packaging machinery not just for developed markets such as the US and Japan but also for emerging markets such as Viet Nam. It is currently one of Viet Nam’s top investors, with several conglomerates setting up multiple manufacturing facilities.

In 2014, Taiwan ranked fourth amongst the highest foreign direct investments to Viet Nam, trailing South Korea, Japan, and Singapore. Based on data for the first 11 months of 2014, Taiwan contributed about US$28.4 billion to foreign direct investment in Viet Nam with more than 2,300 projects. Processing and manufacturing investments contributed more than $23 billion through over 1,800 projects.

ProPak Vietnam 2015 will have 8 international group pavilions and 230 exhibitors from 24 countries and regions. It will showcase products and technologies from the biggest technology exporting countries for packaging equipment, namely Germany, South Korea (2 groups), Italy, Japan, Taiwan, Thailand, and Singapore. 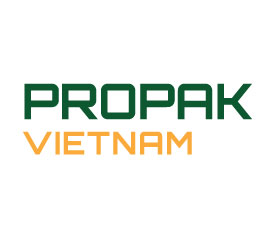