The DNA approach to tracking food


CONSIDERING that the consumption of food directly correlates with health and safety issues, there is a growing awareness of the importance of food origins and processing details in this day and age. The ability to track and trace food and all other substances that will eventually be consumed through all stages of their production, processing and distribution is known as food traceability[i], and is being increasingly recognised as a crucial component of the food and beverage industry when it comes to identifying and responding to food-related health risks to protect public health.

The value of food traceability especially lies in the fact that if any sort of contamination or other concern detrimental to human health emerges along the food processing, production and distribution chain, the presence of traceability measures will allow food manufacturers and/or health authorities to determine the source of the issue, identify and isolate it to prevent spread, as well as take other necessary steps like withdrawing any contaminated product that has already made it to the market and issue health warnings and advisories to consumers. This is vital not only to protect the consumers and avert potential major health crises in the community, but also to provide some form of protection for the business operators and ensure accountability for public safety.

Food traceability around the globe

So far, one of the most mature proponents of food traceability worldwide is Europe. In 2002, the European Union (EU) enforced the General Food Law, making traceability a compulsory component of all food and feed businesses, necessitating that all of these businesses have special traceability systems1. This means that the origin, and movement of all European products must be readily accounted for by their manufacturers, processors and distributors, and this information must also be readily available to be reported to the relevant authorities where requested. For example, animals that are slaughtered for human consumption must be tagged with details of their origin, and when sent to the abattoir, also have the details of the abattoir tagged on. Apart from the General Food Law, the EU has also published well-established guidelines on food traceability which are publicly available, meaning that pleading ignorance or unawareness is not possible for businesses.

The hypervigilance exhibited by the EU authorities is not without reason. Europe has, in the not-so-distant past, seen more than its fair share of food contamination crises, from the horse meat scandal in 2013 where horse meat was passed off as beef in the industry[ii], to the more recent Fipronil-contaminated eggs scandal in 2017[iii]. Though it is so far impossible to completely eradicate all incidences of food contamination, the importance of food traceability was made apparent during the 2004 potato peel dioxin contamination1, where high levels of dioxin were discovered in the milk produced in a farm in Holland during a random monitoring test. Tracing back revealed the culprit to be cdioxin-contaminated clay that had been used during processing to differentiate high and low quality potatoes used to feed cattle. This discovery enabled authorities to invoke measures provided for under the General Food Law and determine what other farms had received this same feed, thus leading to the over 200 more farms across Europe being barred and the contaminated product swiftly being contained, hence never reaching the open market or the public.

In Asia, the situation is more complicated: Although food contamination is not uncommon and may be even more serious than in other regions[iv], various reasons hold back true vigilance and enforcement of food traceability standards, from a lack of education and awareness, to economic and financial difficulties, to technological limitations, to just plain unconcerned attitudes. Many food companies in Asia do not implement traceability standards[v], and as such, the food traceability situation in Asia is less developed – but that is not to say that improvements are not underway. GS1 is an international, voluntary standards organisation looking to develop, establish and promote global standards for identification[vi], and has increased activity in Asia as of late. This year has seen GS1 actively launching and promoting a major traceability initiative for local agribusinesses in the Greater Mekong Subregion (GMS)[vii], comprising parts of China, Laos, Cambodia, Thailand, Myanmar and Vietnam, which is hoped to spread both greater technical expertise and awareness in the region. 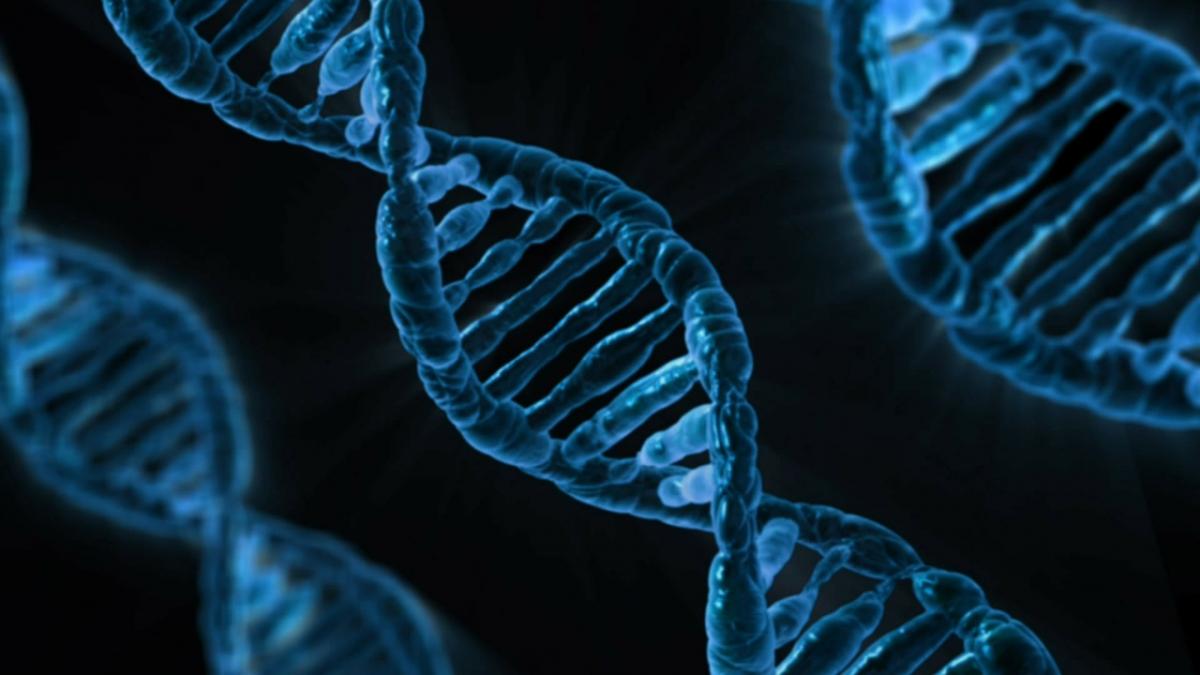 Since every individual's DNA is unique, scientists have found that this can be utilised in effective food traceability.

So, where does DNA come in?

To use DNA in food tracing is to go all the way down to traceability at the molecular level. In humans, with the exception of identical twins, every individual’s DNA is unique, which is why it is legally accepted as a method of forensically identifying and apprehending criminals within the judiciary system. In food, the concept is not all that different: The DNA of each organism is unique, so regardless of what the product looks like, examining it at a molecular level and then matching it to a reference sample will enable identification of the origins of the product – a system dubbed as DNA barcoding.

Researchers have already identified this system as one with a good deal of potential, detailing various benefits DNA barcoding has as compared to traditional tracing systems[viii]. The major one among these is the high level of information that DNA can provide, all the way past the species up to the locality level, which offers immediate answers as to the origin of whatever components have made up the product, not only for the major ingredients but also any small trace ingredients present. So far, DNA barcoding has been acknowledged to be exceptionally useful in the identification of seafood products, especially as most processed seafood is less readily identifiable via regular methods, after common processing like freezing or canning has been completed5. DNA barcoding has also been proposed by the United States Food and Drug Administration (FDA) authentication method for fish-based products. 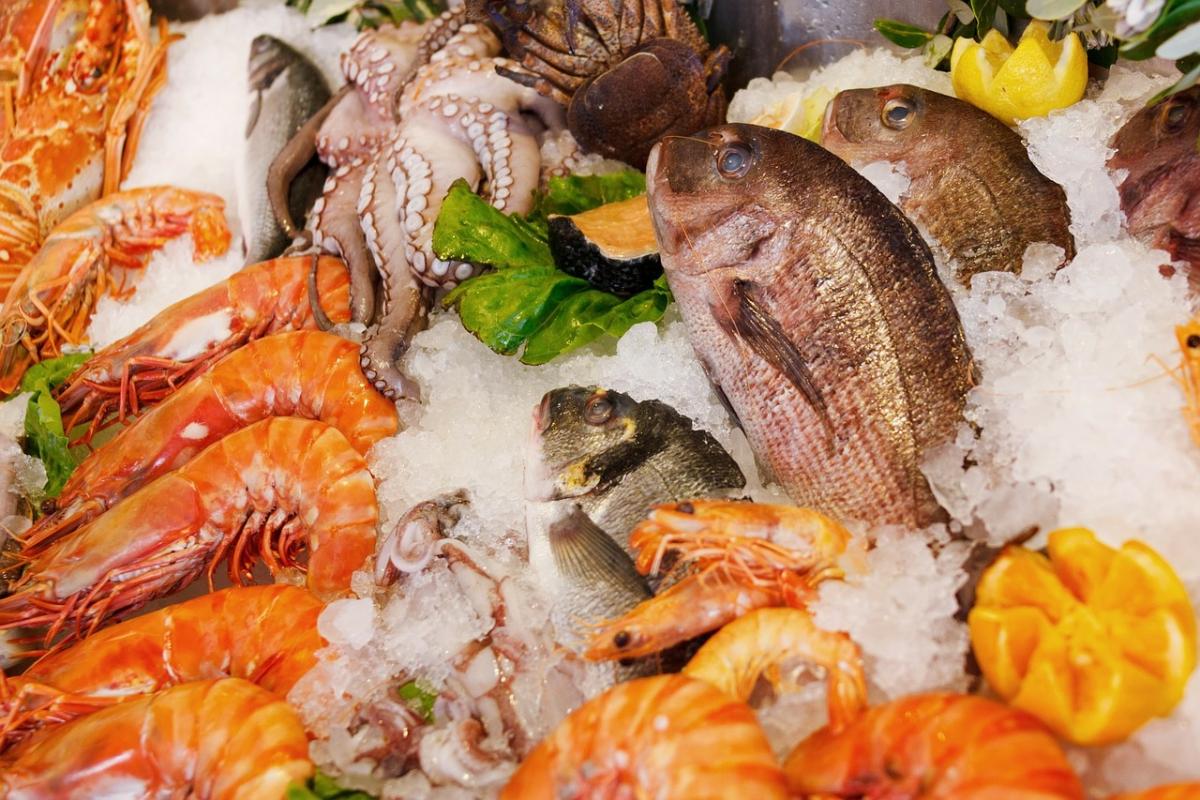 Seafood is one of the food groups that is exceptionally well-suited to be traced via DNA barcoding technology. Processing such as freezing or canning makes it difficult to trace seafood using regular methods.

Applications and challenges of DNA barcoding in food traceability

Although DNA barcoding can and has been used for traceability purposes in multiple types of food from raw foods like livestock and plants, to processed products like bakery goods and juices, the main condition for this system is that there exists a library of reference samples to match against in order to obtain details of the product. This exists in the form of the international platform Barcode of life database (BOLD), run by the International Barcode of Life Project (iBOL), a repository that aims to collect all possible DNA barcodes of all living species5.

Also tapping on this library, as well as the functionality of DNA barcoding, is the very relevant arena of food fraud or food piracy, which also requires some form of traceability. Seafood is amongst the most commonly fraudulently substituted form of foodstuff, for example in canned tuna, where high quality tuna can be replaced with low quality versions[1]. Given that DNA barcoding is proven to show high accuracy when it comes to identifying seafood, it is apparent how the applicability of this technology comes into play here. Beyond that, it has also demonstrated its usefulness in the dairy sector where food fraud is also common, especially when it comes to the type of milk used to manufacture milk and cheese products[2].

It is undeniable that at this point in time, there still exist several hurdles for DNA barcoding to cross before it can be internationally accepted as a food traceability system. Some of these include the possible contamination of DNA during manufacturing and processing due to physical or chemical treatments, the as-yet inexhaustive BOLD-iBOL database, as well as the identification of ‘newer’ animal or plant species via hybridisation. At this point in time, DNA barcoding technology is not yet foolproof when it comes to tracing purposes, yet loopholes exist for most types of tracing technology, and what DNA barcoding can offer in terms of complementation potential remains strong, especially when it comes to the areas of determining trace components within a product, and for seafood. Considering the relatively young age of this technology (within the food industry), with time and more advanced technological development, it is not difficult to see DNA barcoding eventually evolving into a dependable, comprehensive and eventually economical system by which food traceability is conducted worldwide.