Sustainable feed fit for the future


RETAILERS and foodservice companies have a significant role in finding sustainable and commercially viable answers to the world’s ever-increasing protein demand and the manner how livestock is fed. This point is clear in The Feed Behind Our Food, a report published by a coalition of leading international businesses and NGOs organised by sustainability non-profit Forum for the Future.

“This call for increased scrutiny comes at a time when animal feed production is projected to grow exponentially to meet future demand,” said Forum for the Future. “Already, nearly half of global agricultural land is used for livestock feed production and more than a fifth of wild caught fish is fed to animals. Feed contributes to 45% of greenhouse gas emissions from livestock production, and much of it comprises high-value foods rich in nutrition, such as soy and maize.”

The study draws attention to three reasons there is a need to take action on animal feed, and these are food security, changing attitudes, and business opportunity.

Citing various statistics, the Forum for the Future revealed that “meeting future demand for animal feed using current feed sources, such as soy, will require an estimated 280 million hectares of additional land.”

“Over the last two decades, approximately 20% of the earth’s vegetated surface has shown persistent declining trends in productivity, driven by multiple factors including intensive agricultural practices.

Already the cultivation of livestock and animal feed has dramatically altered landscapes around the world. Feed crops cover one third of global cropland, 70% of the original Amazon forest has been converted into pastures, and despite the well-publicised issue of overfishing, 22% of the capture from fisheries is used for animal feed.”

Any business with an eye to the future needs to examine their supply chain and plan how to ensure its long-term visibility.

“The general public and the food industry are starting to recognise that how we produce animal feed drastically affects the health of our ecosystem,” said the coalition report indicating consumers’ changing attitudes about animal feed.

“This, in turn, is feeding the demand for more transparency about where our food – and its feed – comes from. Greater transparency about the sustainability of feed crops helps build trust with consumers. Progressive companies that act on feed will be better positioned to create this trust.”

Also, doing something now about a secure supply of healthy feeds to meet future demands presents a number of business opportunities: 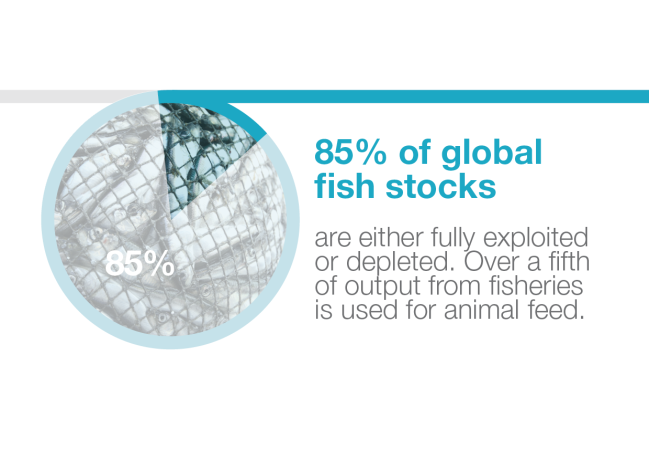 The coalition’s report also brought to light the impacts of animal feed as it copes with the surging protein demand such as competition for land, deforestation and biodiversity loss, greenhouse gas emissions, overfishing and water consumption.

“Thirty three percent of global croplands are used for livestock feed production and the demand for land for feed production and grazing is projected to continue increasing,” the study said pertaining to competition for land. Animal production requires more land per calorie or unit of protein than plant-based equivalents,”

Pointing to deforestation and biodiversity loss, it said that the global populations of fish, birds, mammals and other vertebrates declined by 58% between 1970 and 2012.

“Most new agricultural land has been converted from natural forests that provide benefits such as regulating water quality, carbon storage and biodiversity. With limited options for agricultural expansion, future feed must increase land efficiently and act on biodiversity loss,” the coalition report added.

About 14.5% of global greenhouse gas emissions are attributable to the livestock industry. Of this 45% is from animal feed production and processing, and the two major causes of these emissions are energy consumption and land-use change.

Meanwhile, an estimated 85% of fish stocks around the world are either exploited or depleted. It quoted reports by the Food and Agriculture Organisation (FAO) that “since 1961, the global demand for fish has risen at twice the rate of the world’s population, and approximately 22% of wild fish capture goes towards animal feed.”

What’s more, the study stated that the feed crops use 12% of global groundwater and surface water for irrigation, while 98% of the whole water consumption in animal production is linked with the feed crops.

“In many countries, poor water management in agriculture is depleting groundwater aquifers and reducing water quality,” according to the report. 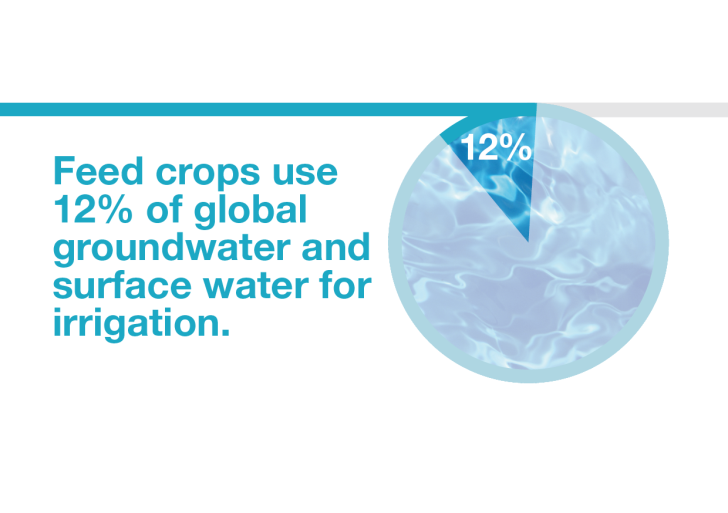 In 2016, Forum for the Future interviewed 62 global industry stakeholders to identify the challenges and solutions regarding feed innovation.

“One clear request was for shared sustainability that would allow food and feed companies to compare one option with one another, and so make informed choices,” said Forum for the Future. “These criteria and definitions form our first attempt to outline the qualities of a sustainable animal feed that’s fit for the future.”

“These feed criteria are still open for review. We invite engagement and collaboration with relevant companies, groups and individual stakeholders,” the group added.

Here are the criteria and definitions published by Forum for the Future as an initial attempt to outline the qualities of a sustainable animal feed that’s fit for the future:

The feed requires a minimal land footprint with suppliers not contributing to conversion of high-value ecological land. Any land management practices will build soil health, and seek to increase biodiversity.

The feed should have a dramatically reduced GHG footprint in comparison to the industry average. GHG footprints are conducted using Life Cycle Analysis assessments.

The feed will make use of crops (e.g. forages) and co-products from food production that are inedible by humans.

The water footprint of the feed should be measured and minimized through efficient operations, so that reserves are not depleted and water for humans is prioritized.

Feed production does not contribute to the depletion or exploitation of fisheries.

High-quality animal feed supports the health and well being of the animal – and healthy animals have less need of antibiotic therapy.

All workers involved in the feed supply chain receive high standards of labor welfare and respect of human rights. The feed supply chain is vast and includes farm laborers and factory workers whose working conditions can be dangerous and poorly paid.

Animal feed needs to be financially viable for both feed producers and livestock farmers. This is one of the main challenges for new, alternative feeds as they undergo commercialisation. 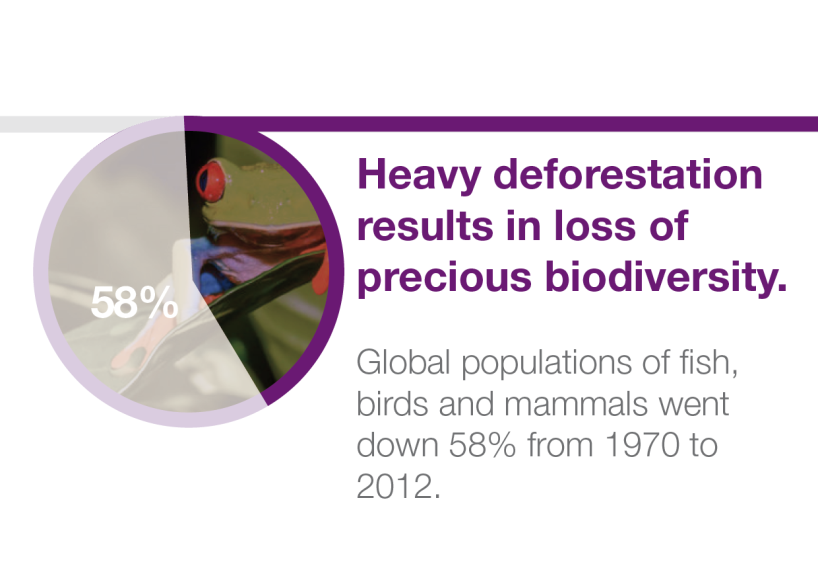 The coalition report also outlined two key stages that companies can follow in their efforts to accelerate animal feed sustainability:

Forum for the Future has encouraged companies to engage with suppliers and stakeholders to explore solutions and innovations for their supply chain.

On the innovation front, solutions are more likely to need much less land, more water-efficient and lower GHG footprint.

Such solutions include sourcing alternative proteins such as insects, algae, seaweed, bacteria and yeast derived protein, specialty feed supplements, and closing the loop, i.e. feeds that feature by-products and waste streams from other processes that are not suitable for human use.