THE EARLIEST period of life from birth till toddlerhood is the most carefree of all – and it is hard to doubt this. With no responsibilities and the ability to see the world through innocent, rose-tinted glasses, it is a stage of life that may carry few actual solid memories, yet can invoke warm, pleasant feelings at the very thought. So, there is a growing awareness, especially among mothers, that this phase of life actually carries far more weight than ever expected, and failure to properly acknowledge and address its importance could carry far-reaching implications, impacting the child all throughout their life.

‘Early life’ in itself carries a wide definition, the broadest of which encompasses the period from pre-conception to toddlerhood[i], but one of the most crucial timeframes often subject to research by experts is that of infancy, or within the first year of age. Others define this more strictly as within the first 1,000 days after birth[ii], but regardless of the specific age defined, understanding and appreciation of this period of growth is gaining traction in lieu of a growing body of evidence supporting the fact that nutrition during this period has wide-ranging repercussions for the said infant, ranging from chronic health issues like obesity and Type II diabetes, to allergies and asthmatic responses1. 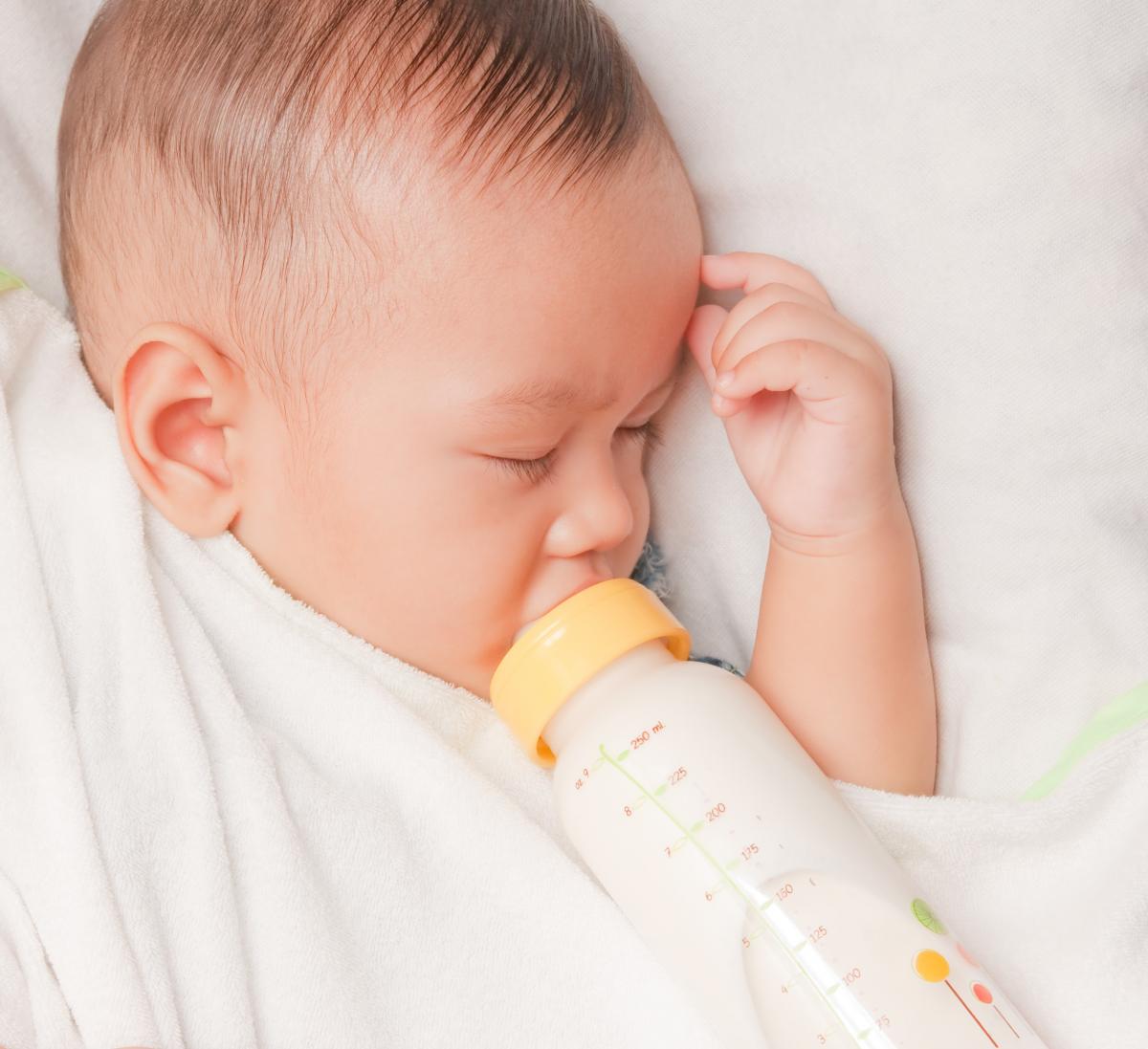 Studies show nutrition during the early stages of an infant’s life will affect health and development in later years (Photo: Dreamstime)

In the developing foetus, the reason for these problematic developments is more straightforward, and lies in a process termed adaptation. At certain key time-points during pre-conception as well as foetal development, exposing the foetus to environmental factors like too much or too little nutrition will lead it to make certain adjustments so as to assimilate to this ‘unnatural’ condition, e.g. of additional or insufficient nutrients, essentially triggering adaptations in the foetus[iii],[iv]. Although possibly necessary for the foetus to thrive in the womb, these adaptations are likely to negatively affect the child when the surrounding conditions alter after birth, and these consequences will possibly carry all the way into adulthood. This is solely dependent on the parental habits and behaviours, e.g. dietary practices, hence the focus lies on identifying said key time-points in order to make adjustments that benefit the foetus.

In an infant, however, the correlation between nutrition and later-life health issues is somewhat more complex and possibly even more crucial to fine-tune, mainly because there are so many possibilities that need to be considered. As an example, rapid weight gain in the first year of life, which is especially apparent in infants with low birth weight, has been seen to be a predictor for both childhood obesity as well as adult obesity during the course of the child’s life[v], and weight gain is a factor that can be heavily influenced by both genetic and environmental factors. It has also been seen to be related to later heart diseases[vi]. In addition to these severe after-effects, a child’s first two to three years is also the phase where vital functions pertaining to long-term energy regulation are being programmed[vii], hence it is very clear just how crucial it is to ensure that early life nutrition is given not only sufficient, but also educated and competent attention.

Expert guidelines recommend exclusive breastfeeding for a minimum of six months, as breast milk is uniquely formulated to contain all the nutrients and protective factors that the infant requires during this period, in a balanced composition that is considered ideal for a zero-to-six-month old[viii], as well as containing antibodies and other factors to help the immune system, essentially providing protection against diseases in the form of short-term immunity. Beyond that, it is recommended that breastfeeding be continued at least until the end of the first 12 months1, even as other foods are being introduced into the diet.

Many attempts have been made to replicate the ingredients, and thus benefits, of human breast milk in infant formula, but so far a perfect replacement has yet to make an appearance, as ‘live’ components such as antibodies and other immune system modulators are not so easily mimicked. One of the key elements naturally and abundantly found in breast milk are carbohydrates called human milk oligosaccharides (HMOs). These complex sugars are microbiota modulators which directly regulate immune responses[ix]. They support both immune system development as well as the development of ideal gut microbial flora by feeding the good bacteria in the gut. Beyond fats and carbohydrates, HMOs are the most plentiful component in breast milk[x], thus babies which are breastfed are generally known to have stronger immune systems[xi].

That said, some mothers still face challenges in breastfeeding their children, from latching issues to milk production challenges. As such, various companies specialising in infant formula are focusing research and manufacturing efforts in the understanding and applications of HMOs in hopes of perfecting their products to provide benefits as similar to that of human breast milk as possible. One example is that of the formula Similac®, marketed by Abbott, which has focused its efforts on the HMO 2’-FL (2’fucosyllactose), the HMO most common in natural breast milk10. Studies so far have shown infant formula fortified with 2-FL to be safe and well-tolerated[xii].

Another important factor found in breast milk is colostrum, which is the component containing antibodies to provide direct protection against disease for the infant. This is an important form of short-term immunity, because infant immune systems are still immature and underdeveloped upon birth, hence they rely heavily on this protein for protection. Thus far, the only alternative to natural colostrum for babies is colostrum supplements, but it must be noted that these are usually composed of bovine colostrum. 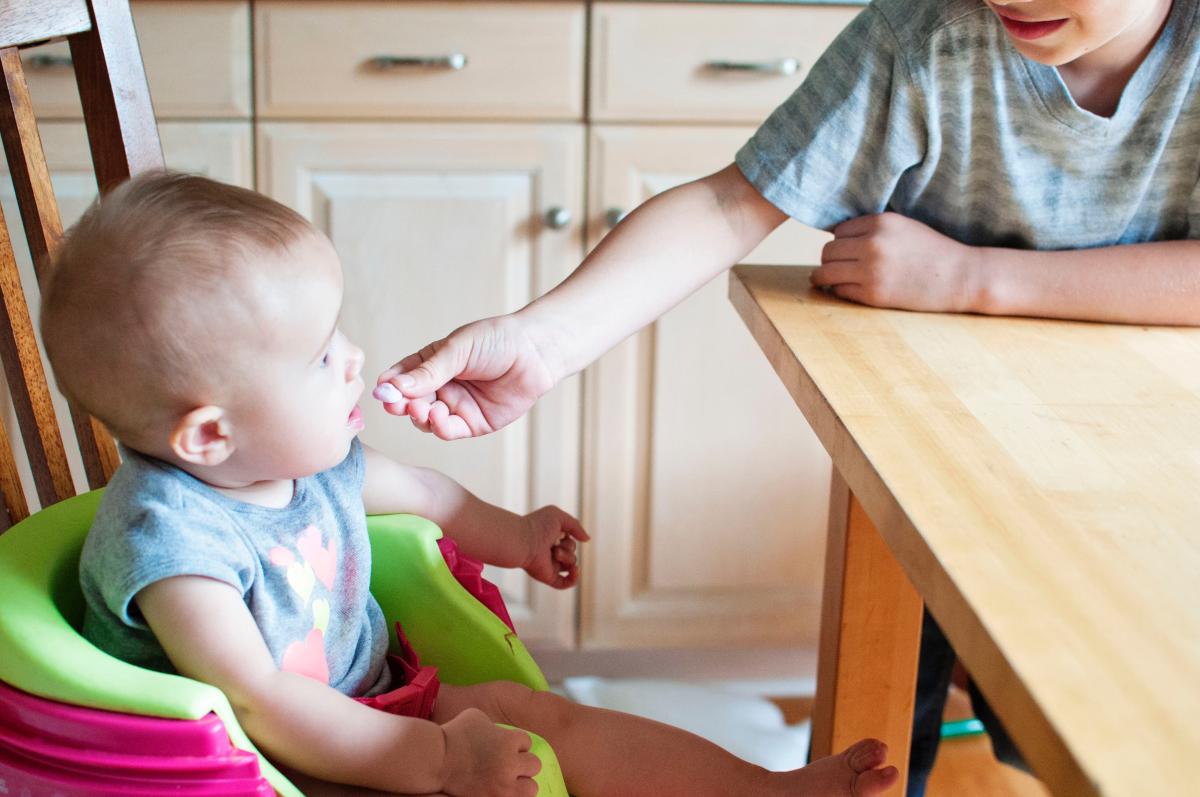 Iron-rich foods need to be prioritised when introducing solid foods to an infant's diet.

Around six months of age is the stage at which the introduction of solid foods into the infant’s diet can commence, and here, special consideration must be applied in terms of the nutrients and nutritional balance. Whether it is meat, vegetables, grains, fruits or other food groups, the timing of introduction and even the order of the foods introduced are secondary as compared to the foods’ nutrient density and the presence of iron[xiii]. Some evidence even suggests that introducing solids as early as 17 weeks shows benefits in terms of reducing the risk of certain food allergies, provided that breastfeeding is not halted[xiv].

One of the most major nutrients that needs to be provided to infants at this stage is iron. Apart from its most obvious role in preventing the development of iron-deficiency anaemia, iron also plays a vital role in neurocognitive development, and has also demonstrated an ability to reduce food pickiness in the infant later on, enabling them to voluntarily select from a wider range of foods12. In view of this, cow’s milk should not be part of the infant’s diet at this stage, as it correlates with increased iron deficiency, which adversely affects the body’s haemoglobin and red blood cell production ability10. Instead, emphasis should be placed on foods such as pureed fish and meat, cooked tofu, or iron-enriched infant cereals and grains.