The words ‘healthy’ and ‘natural’ are not often linked to sugar substitutes, but Fooditive BV wants to change that. Over the past decade, the Netherlands-based food ingredient manufacturer has been pear-suing sustain-apple solutions to combat global sugar intake. In 2018, this became a reality with its plant-based and chemical-free sweetener. Since then, Fooditive has focused on improving the health status of products that use sugar replacements by providing an affordable alternative to other options on the market. And this is how. 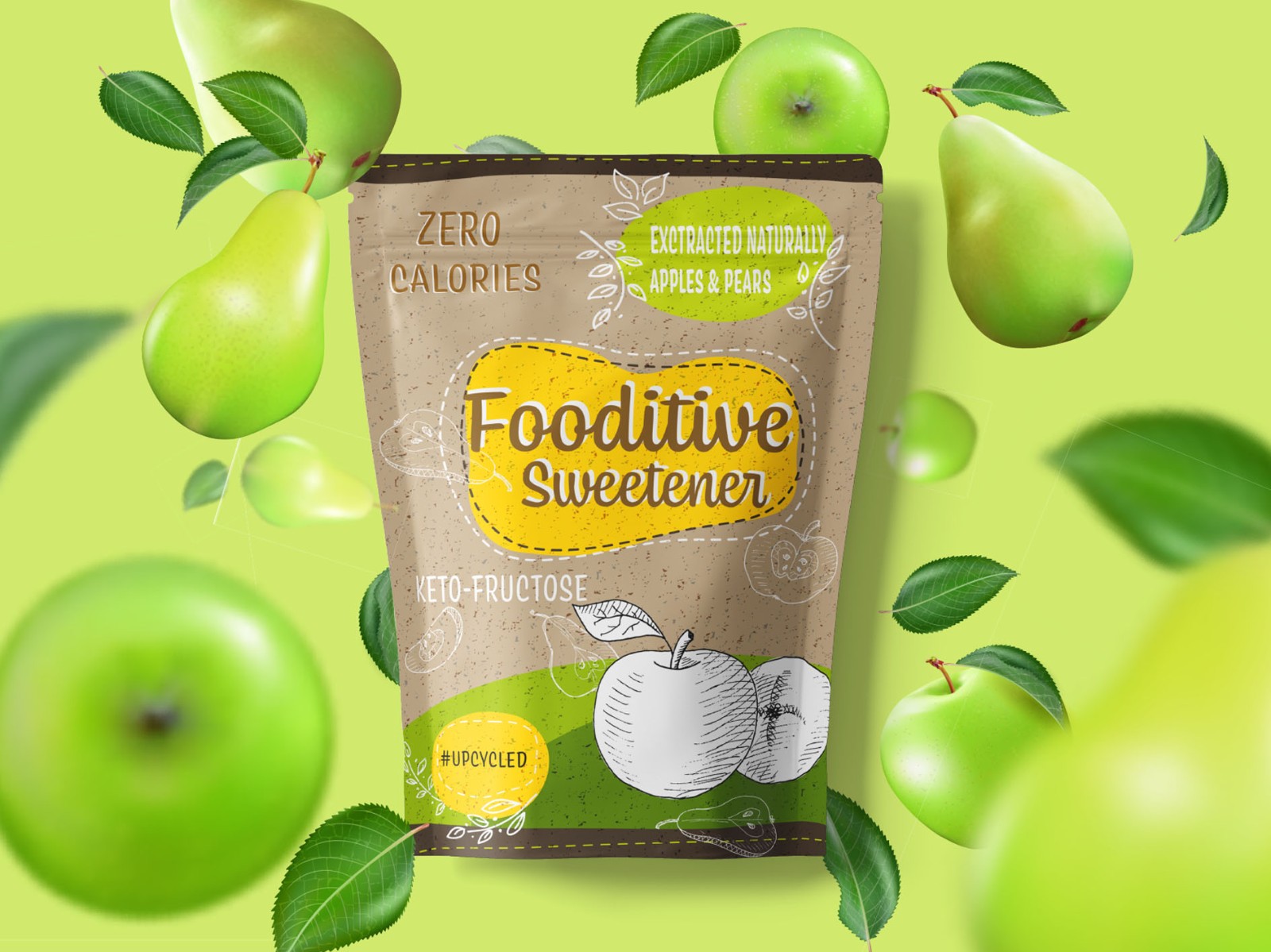 As put by Fooditive's Product Development Manager, Niki Karatza, “developing a sweetener that could successfully replace sugar in food products required us to first understand the true essence of sugar. We managed that by diving into the science behind sucrose, its taste and its unique functionalities."

This was achieved through an innovative process: the reverse engineering of sucrose. By starting with the end product and working backwards, it allowed Fooditive to analyse the ingredients’ properties and therefore understand how it could mimic the characteristics of sugar in its sweetener. Combining this knowledge with apple and pear waste led to the creation of Fooditive Sweetener®, which is 70% as sweet as sugar and does not raise insulin or blood glucose levels.

With sustainability and transitioning to a circular economy as Fooditive’s core principles, it obtains the raw materials for its sweetener in two ways. Firstly, it collaborates with Dutch farmers to salvage both organic and non-organic unwanted apples and pears, and secondly, it collects the side streams of these fruits from other production processes. Once gathered, a continuous fermentation process, which means that more sweetener can be yielded in a shorter amount of time, is used to extract fructose and convert it into keto-fructose; this end product is the sweetener.

For 2021, founder and food scientist Moayad Abushokhedim has set a weekly goal to produce around 30 tonnes of Fooditive Sweetener® by upcycling 83 tonnes of third-grade fruit. With this projection, it will become more widely accessible to consumers in a range of products including Gigi Gelato and Hero jam in the Netherlands.

In Germany, Fooditive was nominated for the Healthy Living Award 2020 for its innovation and positive contribution to the organisation’s eathealthy-philosophy. Fooditive Sweetener® will also feature in the Seicha GmbH drinks as of this year.

“Since the founding of Seicha, my brother and I have been searching for a natural sweetener that has a pleasing taste and no calories. With Fooditive, we have finally found a suitable partner, with which we will revolutionise the beverage industry in Europe. Seicha will launch the world's first organic certified Zero Iced Tea in Q2 2021. The organic iced tea will be launched in three flavours: Green Tea & Ginger; Rooibos Tea & Mango Passion Fruit; and Black Tea & Orange Vanille.” (Co-founder, Benjamin Böning)

With new products in the works and many other companies going bananas for Fooditive Sweetener®, 2021 is set to be an even more promising year, as the company continues to make healthy food and drinks affordable for everyone, all the while fighting food waste.