Mettler-Toledo Product Inspection's C-Series checkweighing systems are setting new standards for speed and precision with the addition of new load cell technology that allows them to achieve industry-leading throughputs.

The FlashCellTM load cells weigh food products at speeds of up to 800ppm, with precision better than required by Measuring Instrument Directive (MID). With three different load cell types in the FlashCellTM portfolio, food manufacturers can select the appropriate loadcell for their products, weighing a complete product range up to 10kg reliably and precisely. Users of Mettler-Toledo C-Series checkweighers can now process products more speedily and reduce product give-away through greater weighing precision. Manufacturers will also benefit from smaller checkweighing system footprints to fit within limited factory floor space. 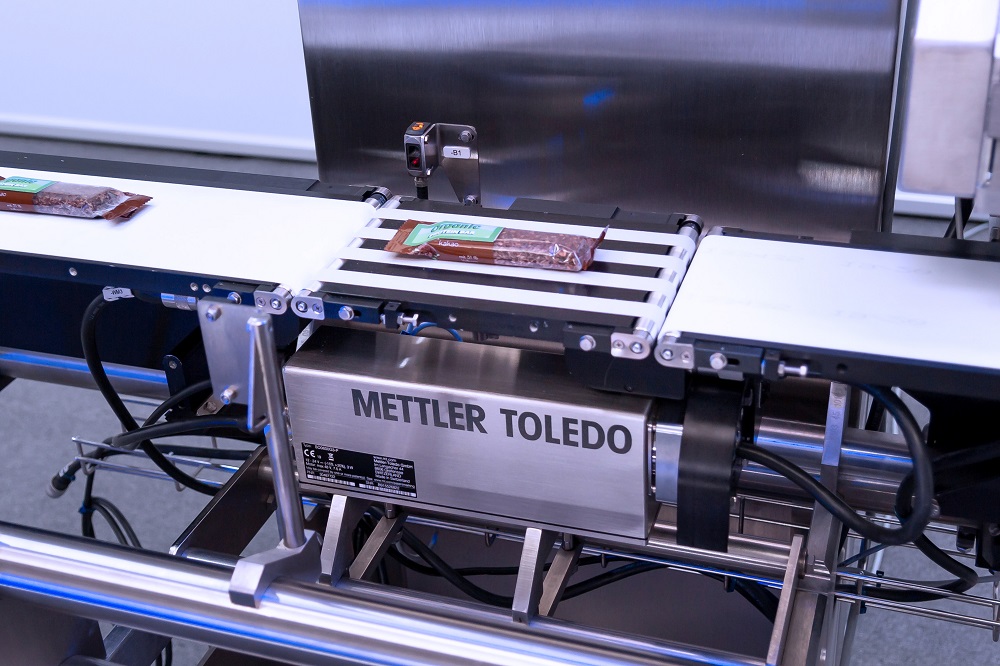 Performance metrics have already been proven: Mettler-Toledo has carried out extensive tests comparing the new FlashCellTM to current EMFR load cells plus installed its new load cell technology at customer sites. Through these tests and installations, FlashCellTM load cell checkweighers have demonstrated, for example, the ability to achieve throughputs up to 800ppm and a 40% improved standard deviation, all within the MID limits for a 35g cereal bar.

Borrmann continued, “In today’s market, food manufacturers need to be able to respond quickly and competently to fast-changing trends, including changes in product types, shapes and weights. By investing in a checkweigher from Mettler-Toledo with FlashCellTM load cell technology, manufacturers will receive a flexible and future-proof system, where every component can adapt to future requirements."

The next generation load cell technology supports shorter measuring times, enabling product throughput at up to 800 parts per minute (ppm), with no compromise on either weighing accuracy or the operational performance. C-Series checkweighers incorporating FlashCellTM  technology therefore help to deliver increased productivity.

The FlashCellTM technology delivers weighing results with a standard deviation up to four times lower than the previous load cell generation. This helps to reduce overfilling and costly product giveaway. Compliance with regulatory requirements such as the EU’s MID can be achieved even at higher throughputs.

FlashCellTM works with shorter measuring times at high speeds. The weighing conveyor can therefore be reduced in length, with slower conveyor speeds helping to increase product handling stability and allowing shorter outfeed conveyors and product collection areas. The complete length of the checkweigher itself can be reduced by up to 24%.

Mettler-Toledo Product Inspection  has proven experience in developing weighing technologies for different industries and applications, from laboratory scales that can weigh a 0.1 microgram load, up to rail scales capable of measuring up to 120 tons. This broad use across many applications means that its weighing technology is continuously developed and tested, ensuring it remains a high quality, stable and secure platform. With its new FlashCellTM load cell technology, the company is introducing a huge advance in weighing precision and performance in the food and packaging industry.