Scroll-free turning is one of those machining technologies that is very difficult to describe in words. Phillipp Ruckwied, the Head of Technology for Defined Cutting Edge Prototypes & Tests at EMAG, shared about the development of this process and to learn more about the benefits and challenges of scroll-free turning. 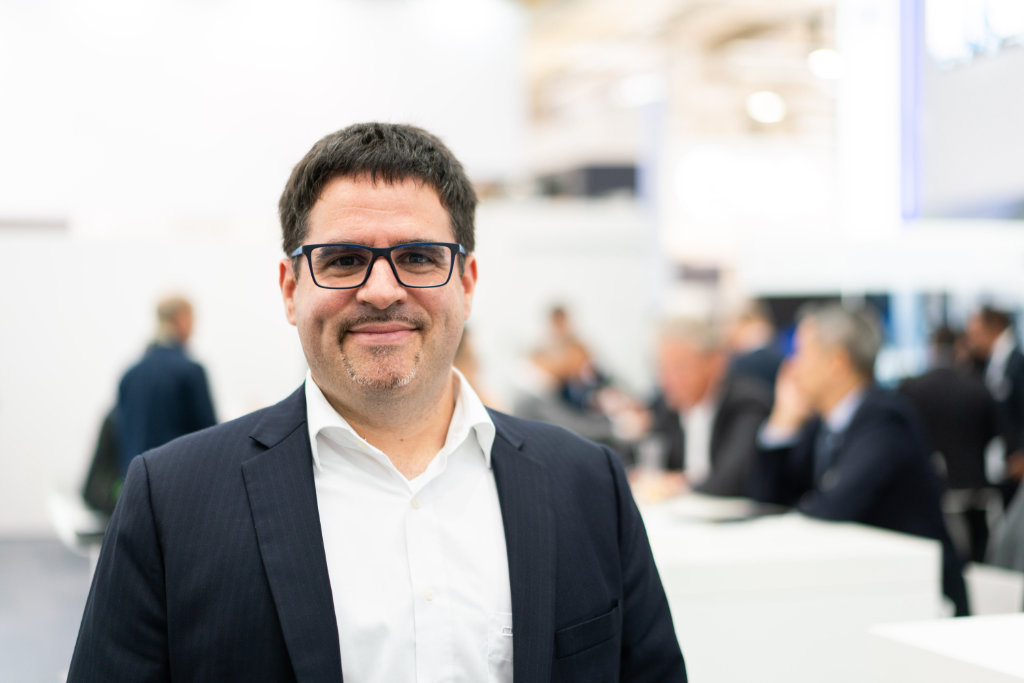 Mr. Ruckwied, how was the scroll-free turning process developed for the machining of rotor shafts?

Mr. Ruckwied: EMAG had received several requests to turn rotor shafts with laminated cores. EMAG is known best for its vertical turning center, which is why the requests were based on the traditional, longitudinal turning. Due to the Rz 6.3 µm requirement, this takes a long time to machine the cutting edge and maintain the usual feed values. Therefore, we started experimenting with the process using scroll-free turning. Scroll-free turning has been used by EMAG for a while, and is constantly being further developed.

Why is EMAG focusing on scroll-free turning for the machining of laminated cores?

Mr. Ruckwied: Scroll-free turning offers its users a solution for hard machining to produce ground-flush surfaces, and with a high feed rate per revolution, very short cycle times. The longer tool service lives achieved by using the entire cutting edge of the tool is also a huge advantage. At first, all of this was theoretically, and had to be proven with tests performed during the actual machining of laminated cores. With these tests, we were able to prove all of these benefits, most importantly, that surface qualities of Rz < 6.3 μm with maximum feed rates of up to 1 mm/rev can be achieved with this machining technology. Due to the layered structure of the laminated cores, the chip breaks after 1.5 revolutions at a maximum. With this material and conventional turning operation, plus a low feed rate, you usually end up with long balls of chips winding up the workarea. Additionally, part of the feed force act radially to the part during the scroll-free turning process, which is ideal for the flight direction of the chips.

Besides the advantages already mentioned, are there any other advantages of free-scroll turning?

Mr. Ruckwied: Generally, scroll-free turning leads to a decrease in overall unit costs due to the shorter cycle times, decreased machine costs, and drops in the tool and tool change costs because of the longer tool service lives (and cutting times of the cutting edges). All of this combined leads to an overall decrease in production costs.

Are there any disadvantages?

Mr. Ruckwied: This process is demanding and requires the appropriate machine base, as well as the expertise needed to correctly implement it. Additionally, not all parts are good for scroll-free turning since the force ratios shift more in radial direction, which can lead to a higher degree of deformation of sensitive workpieces. Good clamping technology is also a decisive factor, but EMAG shaft chucks typically have this covered.

What makes the EMAG VT series machines so perfect for this type of machining?

Mr. Ruckwied: As mentioned before, the scroll-free turning technology has already been developed at EMAG, and has been developed for specific series applications. Therefore, our machines have been adapted for this technology based on testing for a variety of other applications. For example, the rotary turret has been designed for the special requirements; this includes both the mechanics and the parameterisation of the swiveling axis and its control-specific setting. Control-specific correction options have also been integrated into the machine to allow for easy operation of the machine and the process.