After a highly successful first half in in the United Kingdom, Sepro Group (La Roche sur Yon, France) is bringing a total of seven of its newest and most advanced robots for plastics-injection molding applications to Interplas 2021, being held September 28-30 at the National Exhibition Centre in Birmingham, UK.

“The UK market is buoyant at the moment,” says Glen Eves, General Manager, Sepro UK. “So far, our sales numbers are above target, with gains over the first half of 2020, especially in medical, household goods, automotive and among trade moulders. We have sold a number of larger automation systems too, and that has added strength to our turnover for the year.”

Mr. Eves is optimistic about the Interplas show, too, after its cancellation in 2020 due to the Covid-19 pandemic. “We are hoping that, with the number and diversity of units on display, we will gain an audience from plastic moulders that would not normally see us. We hope to break into new accounts, strengthen existing accounts, and look forward to a final quarter of the year that benefits from the usual “Interplas Effect,” which historically has led to a good increase in enquiries and orders immediately post-show and on into the following year.”

Sepro’s best-selling robots in the UK market can be seen on its stand at Interplas [D20 in Hall 4] and operating on the machines of its IMM-manufacturer partners. 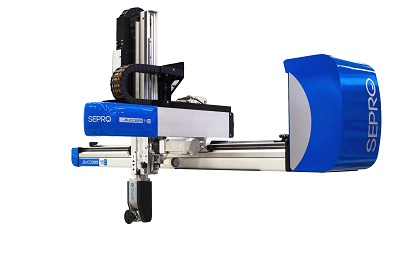 These include a Success 11X, Sepro’s recently introduced five-axis version of its redesigned Success Line. It can be seen operating on a Haitian moulding machine on Stand E4 in Hall 4. In addition to offering 5 axes of motion instead of the standard 3 axes, the latest Success robots have an extended standard demoulding stroke and, for the first time, a long-demoulding (LD) configuration is available that can add 200mm to the stroke. In certain applications, this can allow a robot of a given size to serve a higher-tonnage moulding machine than previously possible.

Nearby, on its own stand (D20 in Hall 4), Sepro is featuring a three-axis Success 22 – sized for IMMs from 150 to 400 tonnes -- as well as a 6X-70L. Aimed at IMMs from 20 – 200 tons, this is the smallest in a line of six-axis articulated-arm robots developed jointly with Yaskawa Motoman. The ‘L’ designation indicates it is equipped with an extended-reach arm.

The Success 22 is equipped with end-of-arm tooling (EOAT) that displays a wide variety of gripper components, and the 6X-70L is manipulating Audi hubcap-logo medallions.

Elsewhere in Hall 4, Bole Machinery (Stand G70) is operating a Sepro five-axis Cartesian 5X-35 robot with telescoping arm, as well as a Success 22. Billion (Hall 4, Stand C4) has a three-axis S5-25 installed on one of its molding machines. And Tederic (Hall 4 Stand C78) is demonstrating a 3-axis Success 11. 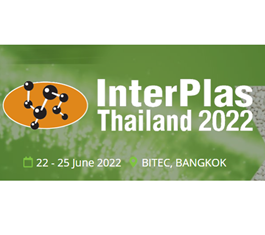