Industry 4.0, Big Data, Internet of Things (IoT), digitalisation, networked production – these topics seem to be everywhere. So much so that the mere mention of the buzzword "Industry 4.0" causes uncertainty among many technicians in medium-sized companies. This is because they are unsure what "Industry 4.0" will actually mean for their own day-to-day work and their future-proof production strategy and production planning. Machining specialist Walter decided to tackle the topic area of digitalisation some years ago and, under the Walter Nexxt product line, is offering digital products and Industry 4.0 solutions that are tailored for use in medium-sized companies. It does not have to be, and above all cannot be, the one and only Industry 4.0 solution. Instead, Walter is dealing with a wide range of different levels of the planning and production process. For example, the Comara iCut software for optimising cutting data and the Comara appCom platform for monitoring production processes. 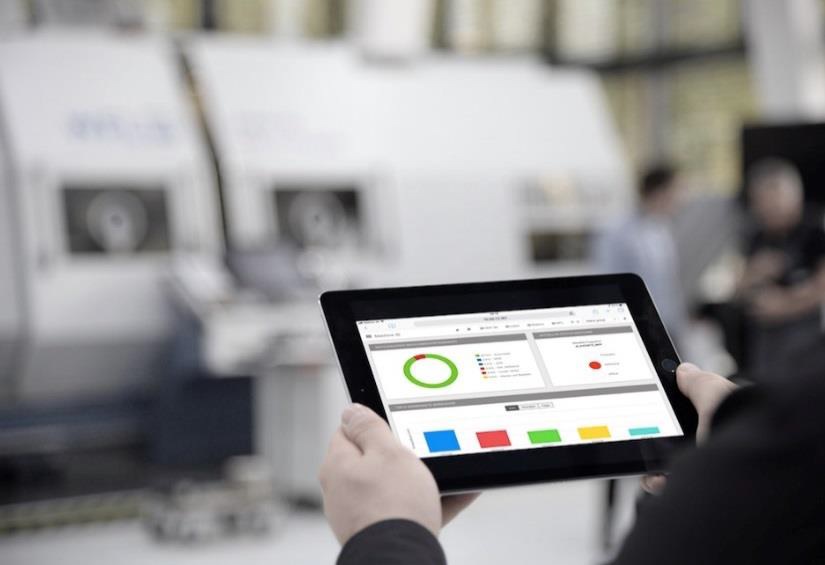 All relevant data is arranged clearly and can be analysed or displayed according to different criteria.

Automation, digitalisation and networked processes have been everyday aspects in many areas of industrial production for a long time now. New opportunities for further optimising processes have been created by the increase in performance achieved by hardware and software for collecting and analysing live data. For example, Walter's Comara iCut software tool is based on the real-time analysis of incoming machine data.

Florian Böpple, Digital Manufacturing Manager at Walter, comments, "Our software developer Comara has not reinvented milling or turning with its iCut adaptive feed control, but has instead focussed on a very specific problem: How can we get the most out of a machine without making major changes to the existing process or carrying out complex and time-consuming programming work? The result is our iCut software, which can be used to reduce the machining time for milling per workpiece."

The iCut software is simply integrated into the existing control program and applies the data for the machining process. In the first cut, iCut "learns" the idling output of the spindle and the maximum cutting efficiency per cut. After this, it measures the spindle output up to 500 times per second and automatically adjusts the feed. As a result, the machine operates at the maximum feed that iCut “learned" for each tool whenever possible. If the cutting conditions change, for example owing to varying mill contact angles and depths of cut, fluctuations in allowance or due to signs of wear on the tool, it adapts the speed and output in real time. With a positive effect, not just focused on the machining time of a workpiece, the optimised milling behaviour also increases process reliability. The forces acting on the spindle are more constant, which increases its service life. If the tool is in danger of breaking, iCut reduces the feed straight away or stops the action altogether.

Florian Böpple states, “We have already achieved astonishing increases in efficiency for customers using iCut. If the machining operation is compatible, a 10% reduction in machining time is always achievable. We have already managed to reduce machining times by double this amount. When the quantity is high, this frees up considerable machine capacity.” Walter iCut can even be used without Walter tools – all that is necessary is for the machine's system requirements to be met. 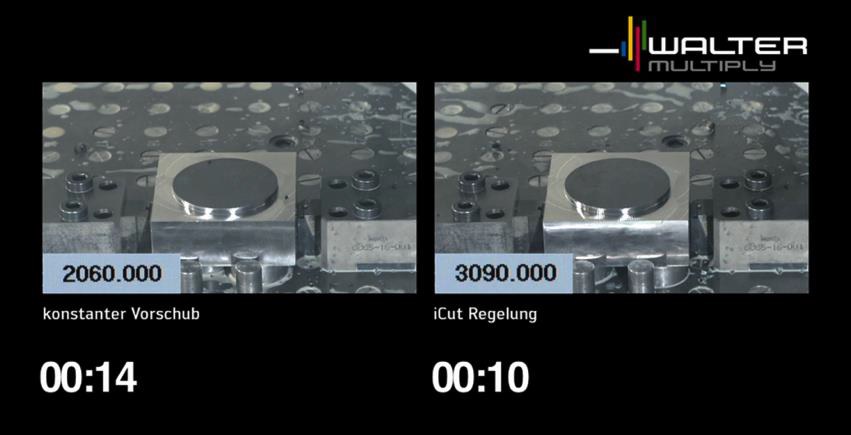 iCut dynamically adjusts the feed to the cutting conditions. This can reduce the production time per workpiece and increase process reliability.

Increased process reliability and efficiency thanks to transparent machine data

The software specialists at Comara tailored iCut to the optimisation of a specific, narrowly defined process and developed Comara's appCom software platform to make all the data that a machine generates during the machining processes usable for process optimisation. This is done as simply and clearly as possible. Comara appCom consists of two components: A PC, which is installed in the machines and integrated in the control system, and the software, which analyses and displays data. Walter uses the app principle for this. Even the basic version of appCom features more than 13 applications, which can be used to collect and monitor the most important parameters for process optimisation. These include the status of the monitored machines, their productivity, responsibilities, and the runtime stability of the programs being run. All important parameters, reports, and monitoring data are processed so that they are displayed clearly and are easy to understand.

Individual assignment determines who can view this data. This means that the machine operators only see data and reports that are relevant to them. In contrast, managers in charge of production and planning can utilise all monitoring options. In addition to the standard apps, company-specific apps can also be programmed and displayed on appCom. The apps are displayed in a web-based interface, which can be accessed via stationary PCs as well as all common mobile devices. appCom can be used to identify current problems and critical processes and to analyses all of the production processes which take place on a machine.

Parameters include efficiency, costs per tool or per workpiece and process reliability. This enables live data to be used to optimise and plan production, without having to compile this data manually from various monitoring programs, data formats and data sources. appCom can also be connected to ERP systems. The data that is loaded in this way is processed by the app and linked to the machine data. Another advantage is that appCom operates without the use of a cloud. Data that is critical to the company is located on the appCom PC and the company's own servers and not stored in a cloud, either by Walter itself or by another provider. The potential offered by monitoring and analysis tools such as appCom is obvious for machining companies, which are usually under pressure with regard to costs and efficiency. However, it is difficult to give specific figures relating to this. 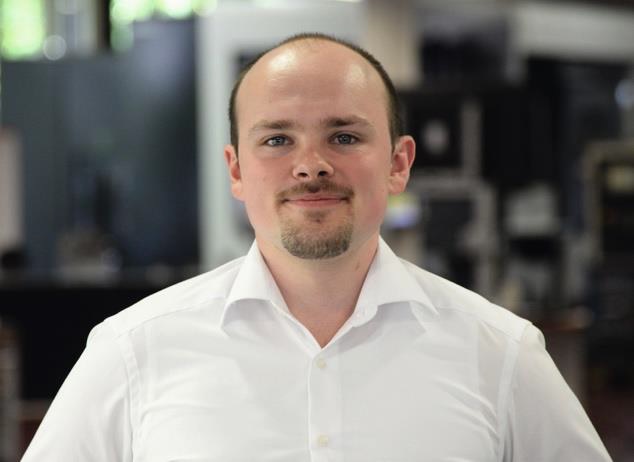 Florian Böpple states, "Various factors determine the potential efficiency and savings that result from the use of a monitoring and analysis software platform such as appCom. The degree of automation and digitalisation of production processes is important, as is how critical the machining operation itself is to the problem at hand. Example figures for this are inconclusive but we can say that customers who use appCom see a significant increase of productivity and process reliability per machine."